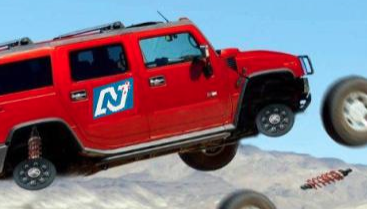 On 1 March, in a previous blogpost, I raised the following issues;

1. The Reserve Bank has indicated that  it will begin to increase the OCR (Official Cash Rate) this year. Most economists  are expecting the OCR to rise a quarter of a percentage point on March 13.

Confirmed. True to it’s word and as clearly signalled, on 13 March the Reserve Bank  raised the Official Cash Rate (OCR) from 2.5% to 2.75%.

2. An increase in the OCR will inevitably flow through to mortgage rates, increasing repayments.  As mortgaged home owners pay more in repayments, this will impact on discretionary spending; reducing consumer activity, and flow through to lower business turn-over.

Confirmed. The ANZ Bank  has already  announced it will increase its floating and flexible home loan rates .25 percentage points to 5.99% on 17 March. Expect other banks to follow suit. Other bank rate rises will be signalled here.

This will inevitably dampen consumer spending and reduce economic activity.

3. An increase in the OCR will inevitably also mean a higher dollar, as currency speculators rush to buy the Kiwi. Whilst this may be good for importers – it is not so good for exporters.

Confirmed, as the NZ Herald reported;

The New Zealand dollar jumped to a five-month high after the Reserve Bank raised the benchmark interest rate as expected and signalled further hikes are on the way.

“The kiwi rose as high as 85.26 US cents, from 84.73 cents immediately before the Reserve Bank’s 9am statement. The local currency recently traded at 85.20 cents.”

And in another Herald story,

“By raising rates, the Reserve Bank aims to tame both inflationary pressures and house price increases but also runs the risk of elevating an exchange rate it already considers too high, making exports less competitive.”

For a nation that bases it’s economy on exporting, a rising Kiwi Dollar will bring inevitable problems of higher debt and greater trade imbalance. It means we are not paying our way in the world and inevitably there will be a “Crunch Day” of tragi-Greek proportions.

On that day, the public will blame politicians.

Politicians will blame each other.

And the Left will shake it’s head in exasperation – it’s admonitions that this was all predictable as a natural consequence of unconstrained consumerism coupled with rampant capitalism –  lost in the shrill clamour of pointless blame-gaming.

As BERL economist, Ganesh Nana, said on The Nation on 15 March, we’ve been down this road before and not learned a single lesson  from these experiences.

4. As economic activity and consumer demand falls, expect businesses not to hire more staff and for fresh  redundancies to add to the unemployment rate. Unemployment will either stay steady later this year, or even increase.

5. As interest rates rise, in tandem with the Reserve Bank’s policy on restricting low-home deposits, expect home ownership to fall even further. This will increase demand for rentals, which, in turn will push up rents. Higher rents will also dampen consumer spending.

Confirmed. The Reserve Bank  has reported that there has “been some moderation in the housing market. Restrictions on high loan-to-value ratio mortgage lending are starting to ease pressure, and rising interest rates will have a further moderating influence...”

Expect home ownership levels to fall even further as interest rates rise further; rents increase (thereby making it harder for low income families to save); and mortgagee sales to rise as well.

Interestingly, when in Opposition, National Party leader, John Key lambasted the Labour Government for a high OCR leading to high interest rates. In a desk-thumping speech, on 29 January 2008, he railed,

“Why, after eight years of Labour, are we paying the second-highest interest rates in the developed world?

Why can’t our hardworking kids afford to buy their own house?…

It seems that Mr Key should now begin to be answering his own questions.

6. As the global economy picks up and demand for oil increases, expect petrol prices to increase. This will have a flow-through effect within our local economy; higher fuel prices will lead to higher prices for consumer goods and services. This, in turn, will force the Reserve Bank to ratchet up interest rates (the OCR) even further.

Whilst fuel prices remained steady during the worst of the GFC, they have begun edging upward again as the global economy improves and demand for energy grows.

Our high Kiwi Dollar will mitigate the worst of rising crude-oil prices – but only temporarily. Once other Central Banks begin to rise their OCRs, expect the value of the Kiwi Dollar to fall as speculators sell the Kiwi in preference to harder currencies.

This will be good for exporters.

But will be a negative impact on imports – such as oil. Prices will rise as the Kiwi Dollar falls. Count on it.

7. As businesses face ongoing pressures (described above), there will be continuing  pressure to dampen down wage increases (except for a minority of job skills, in the Christchurch area). For many businesses, the choice they offer their staff will be stark; pay rise or redundancies?

Data suggests that wages are not keeping pace with GDP Growth;

9. According to a recent (21 February) Roy Morgan poll, 42%  of respondents still considered the economy their main priority of concern. 21% considered social issues as their main concern.This should serve as a stark warning to National that people will “vote with their hip wallets or purses” and if a significant number of voters believe that they are not benefitting from any supposed economic recovery, they will be grumpy voters that walk into the ballot booth.

There is no reason to think otherwise on this issue. Voters who are spending more on mortgage or rent are less inclined to be happy consumers.Especially as mortgage rates are expected to rise even further, according to Bernard Hickey’s assessment of Governor Graeme Wheeler’s statement,

“Wheeler said in early December he expected to raise the OCR by 2.25% by early 2016, which would lift variable mortgage rates to around 8% by then. The bank forecast interest rate rises of around 1% this year and a similar amount next year.”

Home owners paying 7% to 8% on their mortgage will not be happy-chappies and chapettes. They will be grumpy. The 2009 and 2010 tax cuts will be a dim memory and any attempt by Key to remind voters of those cuts will not be warmly received. Especially as any minute gain for workers was more than swallowed up by the rise in GST, ACC, government user-pays charges, and now their mortgages and rents.

If only a small percentage of grumpy voters change their voting away from National (or stay home) – that will mean a critical drop in support for a right-wing bloc. One or two percentage points is all that is required to change the government.

10. National has predicated its reputation as a “prudent fiscal manager”  on returning the government’s books to surplus by 2014/15. As Bill English stated  just late last year,

“We remain on track to surplus in 2014/15, although it will still be a challenge to actually reach surplus in that financial year.”

On top of which is the $61 billion dollar Elephant in the room; the government debt racked up by National since taking office in 2008. As Brian Fallow wrote in the Herald in 2011,

A lower tax-take, reported by Treasury on 11 March puts serious doubt on National’s ability to return to “remain on track to surplus in 2014/15″;

The March Treasury report follows from a February report showing a similar “smaller than forecast tax take across the board“,

“The Crown’s operating balance before gains and losses (obegal) was a deficit of $1.79 billion in the six months ended December 31, $380 million wider than forecast in its Dec. 17 half-year economic and fiscal update, and down from a shortfall of $3.19 billion a year earlier. Core tax revenue was $602 million below forecast at $29.18 billion.

As I wrote on 1 March, should National fail in that single-minded obsession, the public will not take kindly to any excuses from Key, English, et al. Not when tax payer’s money has been sprayed around with largesse by way of corporate welfarism. Throwing millions at Rio Tinto, Warner Bros, China Southern Airlines, Canterbury Finance, etc, will be hard to justify when National has to borrow further to balance the books.

Any economic “recovery” is fragile; dependent on overseas factors; and will bring new problems. Little wonder that Key brought the election date forward by two months. Mortgage rates by the end of the year will be nudging 7%.

Not much of a Christmas present for New Zealanders.

As such, Labour must begin to attack Key’s government in this area. This will be a grand opportunity for the Left to finally drive a stake through the “heart” of National’s undeserved reputation as  being a “responsible economic manager”.

Roy Morgan: Economic Issues down but still easily the most important problems facing New Zealand (42%) and facing the World (36%) according to New Zealanders