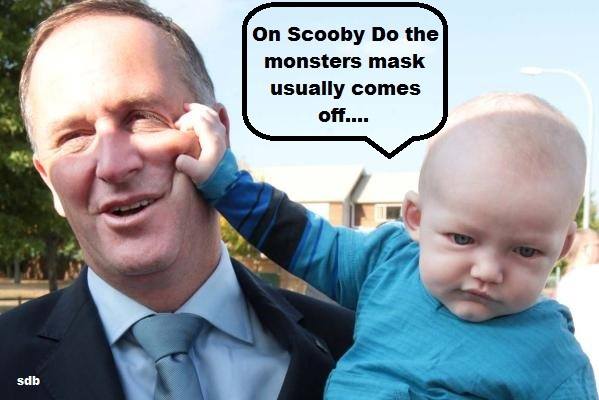 I want to know what happened to accountability with our Government and it’s departments.    If I do something wrong or make a mistake and I damage or break something whether I meant to do it or not, then I am accountable, I am responsible, I did it, did I not?   We as a country elect people to Parliament to best represent us, the people.   This position of power should not make you exempt from accountability, ever.

Pike River Mine blew up.  The then Department of Labour  in this case are accountable, with a lack of expertise and Mines Inspectors, with huge financial pressures, poor health and safety practices coupled with the flawed design of the mine it now appear s it should have been closed weeks prior to the explosion due to high gas levels, it was allowed to blow up and kill 29 men, who still to this day still lie there.  Yet for $3.4 million, no one is accountable, not one single person.  How can this be  so?   Gerry Brownlee has consistently failed in his role as Canterbury earthquake recovery Minister.  He is badly organised, forgetful, unsympathetic, and seems out of his depth.  He is not listening to the people, and he never takes responsibility for his lack of action.  He blames EQC or the insurers, who blame each other and still more than 3 years on people sit and wait in their broken and now flooded homes, while he apparently sits on his hands.  Our elderly and our kids are left to suffer.  These people need answers, and they need them now. Don’t forget the CTV building, who is to  blame for that?

There are so many more.  Steven Joyce and the $200 million Novapay debacle, the never ending disaster that is our teachers pay system, the gift that just keeps on giving!  Incorrect pay, no pay, an over loaded call centre, hundreds of phone calls, time wasted, endless mountains of paperwork, and the ongoing costs to try and fix it.  It is nobody’s fault though.  Simon Bridges and 10 forestry deaths last year alone as Labour Minister, surely more needs to be done to keep our forestry workers safe.  He also assured the public that power prices wouldn’t keep rising, to then have them partly privatised and have power prices rise just in time for winter.  Paula Bennett as Social Welfare Minister who denies child poverty, she ignores 280,000 children who will no doubt be cold and hungry this winter.  $30 million given to prop up Rio Tinto could have fed and clothed these kids for years to come.  Freezing elderly, sick kids, ridiculously low pensions and benefits that she is not held accountable for.

David Cunliffe is forced to name people donating to a trust, yet John Key can funnel $5000 per head (21 of them) donations through a restaurant and he doesn’t have to disclose a single piece of information.  David Cunliffe was held to account, why wasn’t John Key?  Judith Collins and the ever growing Oravida saga, favours for donations, not her fault, it’s all just a coincidence.   Hekia Parata and her slipping rankings, closing schools, NCEA results, charter schools taking public funding, she is not accountable.  Minister for State Owned Assets Tony Ryall allowed Solid Energy to fall $380 million into debt and to have it bailed out by the banks.  If it is not his job to ensure this doesn’t happen, then whose is it?

What the hell happened to accountability and integrity in NZ, it is rapidly disappearing if it even exists at all.   I for one at the very least think that 29 families of our miners and dozens of forestry workers families deserve for someone somewhere to be accountable for something.  It would seem our current Government is perfect and never makes a mistake, this is what they will have you believing.  I for one, don’t  buy it.