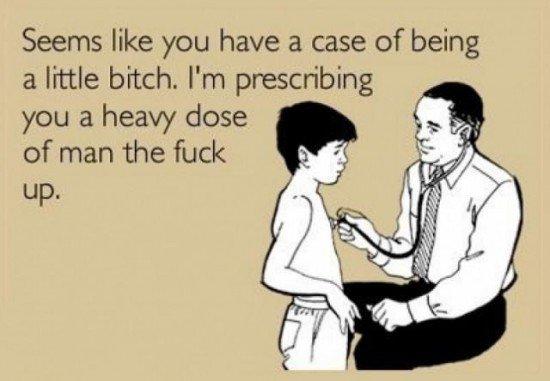 A few weeks ago I had a conversation about what it means to be a “man” in today’s western culture with my friend Ramvir who is a 32 year old man of Indian descent who has lived in Auckland, Aotearoa for most of his life. Ramvir, turned 17 in a youth detention centre and before this he says he was, “surrounded by violence both physical and emotional”. For Ramvir manhood was enforced through violence, through language – those who did not meet the bar of what manhood was supposed to look like; those who cried or showed emotion got called pussies, fags and bitches.

After 9 months Ramvir was released and says by 19 few of his friends knew he had ever been in prison. Ramvir spent most of his life not discussing how he felt or his past, it is only in the last two years that he is coming to terms with it and rethinking what being a “man” actually means to him – reimagining what masculinity can be, for him.

Ramvir spoke to me about how he used to bond with other men, him and his mates would make commentary on women’s bodies, stare/leer at their “big breasts” and bond through sexualising women.  In the last two years he had what he calls a “slow awakening” which was typified when he stumbled onto a  group of radical feminists on the website Reddit,

What Ramvir read in these forums lead him to, doing his own further research in regards to women’s rights and the overwhelming violence women are facing today. He began to question what masculinity means and ultimately challenging and changing his own behaviour; catching himself when he (literally) used women’s bodies to bond with other men. Ramvir said, “Now, I try to bond with men by talking about how I feel, in the moment. Sometimes men are repulsed by it, sometimes it connects them to me. I talk about how I feel with other men in an attempt to create spaces for them to speak as well”.

The thing is I have spent a greater part of my life campaigning for the rights of women and trying to think of ways we might end rape and violence against women. It has only occurred to me in the last year or so, the violence is never going to decrease or stop unless we seriously address how we are raising young men.

Nothing is going to fucking change if we do not start talking about how patriarchy is not serving men either (we know beyond a doubt it is certainly not serving women) as Carlos Andrés a poet, activist and writer states, ‘by buying into the illusion of power afforded by patriarchy, we as heterosexual men do far more than just oppress women and gay men – ultimately we are oppressing ourselves. Ramvir said something simular in our conversation, “I do not think patriarchy or misogyny is working for a lot of men either. There may be a payoff but it is not worth it. It may feel reassuring to be born into a leadership role, to be told you are naturally a leader because you are a man so you buy some power but you have sold your ability to step outside of the confines of that gender expectation”.

The thing is misogyny is not just killing women (globally, as many as 38% of murders of women are committed by an intimate partner) it is killing young boys and men as well. Michael Morones is an 11 young boy who happens to really like My Little Pony, as the NY Daily News reported, ‘…he is one of many young boys who is part of a growing section of the male population that enjoys “My Little Pony”, which was originally marketed toward girls and created in 1983.’ Michael tried to hang himself over a month ago because as Michael’s parents say he was teased relentlessly over his love of the cartoon My Little Pony. Because Michael did not play with only trucks, action figures, fake guns and tanks because he did not fit the dominant ideal of masculinity because he played with “My Little Pony”, a toy for girls, he was bullied to the point life was no longer worth living.

I remember when I was a teenager I meet this kind hearted young man called Dave, he told me about how his father used beat him daily, “to teach him how to be a man”. He told me how sometimes he felt like he was dying inside.  He hung himself a year after I met him.  He was passionate and sensitive and looked after me at a time when my home life was falling apart: my sister was hooked on drugs, sometimes she would go missing for weeks on end, my family was seriously going into crisis and I had no idea what to fucking do about it – I was only 15. When I felt like I had nothing, Dave gave me everything. He let me stay at his house on the couch when going home seemed like too much and he kept me safe (boys and girls can really “just be friends”).

I wish someone had kept him safe. I wish someone had told him it is ok to cry, it is ok to feel too much; it is ok to be vulnerable. I wish I had helped him find a language to articulate his pain and suffering instead when he tried to talk to me about how he was feeling I told him to “get hard and it will be ok”. Effectively I told him to “man up” when he had just told me he had been beaten for most of his life. I was too young and too wrapped up in my own suffering to hear what he so desperately needed to say; “please help me.”

In my last article for the daily blog in which I spoke about the damage and impact objectifying language and images have on people I stated , “it is time to demolish archaic paradigms so we can build new ones which respect women” (yeah, I really am quoting myself), the thing is this is impossible unless we build new paradigms that “reimagine what manhood” can be – reimagine a whole entire new cultural and social landscape which is vastly different from the one that has been enforced. The Statistics for rape and violence against women are only going to grow if we do not address the fact men are being raised in a culture that tells them the way to be man is to never show emotion. Jane Fonda the award winning actor and activist while in conversation with Eve Ensler states,

‘I have a grandson who is 8, I guess a burning thing I think about a lot is what do we do about our sons? You read the headlines about columbine and all the school shootings and all these things and the headlines say, “What is happening to our children?”, “What is happening to our American Teenager’s?” what it should be is, “What is happening to our sons – our boys?” And it comes back to this issue of bifurcation. And how we raise our sons or our grandsons is going to make a huge difference for tomorrow… we need to do everything we can to keep our sons and grandsons emotionally literate. To keep them connected head to heart. And it is really hard because I work with adolescents and the boys who have remained hooked up [to their heads and hearts] are not in a safe place they are called “sissies” and “pansies” and “momma’s boys” and they do not know anymore when they are sad. They [boys] loose emotional literacy. We have to raise sons who are capable of intimacy and love and compassion and empathy.”

We, need to decode the language around us; words like “pussy” and “faggot” which are used to put down men who behave too “emotionally” aka “like a homosexual” or “like a women” are being used as weapons to control and dictate how men must behave. These words are seriously damaging in all there seemingly defused and normalised use Carlos Andrés Gómez states, “I had the realization that straight men strategically use certain words to police who they are. And at the centre of that enforcement are… faggot, bitch, and pussy. All three of those words share something in common: Men use those words to devalue the feminine.”

It is men like Ramvir and Carlos who are questioning what it means to be a man – and we need more men who move, “outside of the predetermined boundaries of masculinity”. These men and I am sure so many more like them cannot be content in a world that tells them to gain power; to be powerful you must dominant, humiliate, intimidate, dehumanise, control through violence – other people. A world which instructs men and young boys  the way you become a man is to stop feeling, stop crying, stop caring; “Stop being so fucking emotional”, (something women are told endlessly whenever they are too loud, too outspoken, too angry; too much). A world which is telling young men, the way to be a man is to effectively stop feeling your own humanity.

What this world desperately needs is more men, more people who are deeply connected to their own humanity – that is how we begin to change a world that serves the rich and not the poor, caters to the powerful and not the (perceived) powerless. We need more people who have found the courage and conviction to tell their stories with their whole hearts – now, that is power. People who question a culture that pedals dangerous and damaging stereotypes of what “manhood” should be, in the words of Carlos:

“Masculinity is a choke chain. It is a suffocating bar that can never be met.”