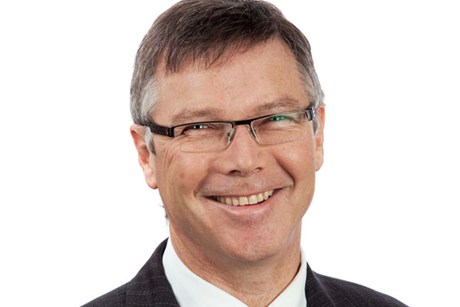 Reading a recent Listener article by Guyon Espiner about Labour’s finance spokesperson David Parker, I came away with the overwhelming concern that this man is a miser. As Minister of Finance in a possible Labour-led government, will he direct public policy into a consistently more miserly direction than it is in at present?

In an earlier posting  I noted that “when inequality and miserliness are pervasive, the pace of destabilisation tends to be much faster than when incomes are more equally distributed”. While I didn’t elaborate on the reference to miserliness, now it is time to do so.

Who is a miser? Essentially, a miser is a person who likes making money but only intends to spend a portion of it. The key word is the word ‘intends’.

Misers may think of themselves as being frugal, indeed ‘economical’; but a truly frugal person is an ascetic, not a miser. An ‘ascetic’, certainly as I mean the term, is a person who has little money, does not wish to have much money, and spends (or gives away) the little money that they do have.

Parker, who loved his $5 watch because it was cheap, and who personally wishes he “had made more money” for himself, is not an ascetic. He has not, like St Francis of Assisi, sworn a vow of poverty.

Most economists, like politicians, don’t actually know much about debt. Debt is a visceral real‑world social reality. Liberal economics, which conceives of a machine-like world without debt, nevertheless accommodates the concept with a nice story of inter-temporal exchange.

In the economics’ story, debt arises from a bargain freely entered into. The first parties are the creditors, who intend to abstain from some spending today (spending less than they earn) with the intent of spending more than they earn at some point in the future. The second parties, the debtors, invest the money today.

A typical creditor might be a 40-year-old man, who plans to retire when he’s 65. So he lends $50,000 to a debtor or to an intermediary such as a bank. He (C) abstains from $50,000 worth of consumer spending this year. In our example our debtor (D) agrees to repay our creditor $133,000 in 25 years’ time, assuming a 4% rate of compound interest. The creditor agrees to spend that $133,000; essentially he’s agreed to buy $133,000 of goods and services from the debtor. The requirement to repay essentially obliges the debtor to invest the $50,000 in a business venture that will enable debtor D to deliver $133,000 of goods and/or services to creditor C, on the due date. D benefits if his investment was sufficiently profitable to give him something left-over after delivering the $133,000 worth of stuff he was contracted to supply.

In this happy economics’ story both C and D end up with more consumer goods and services in the future; they share the rewards of the investment made by D but enabled by C. Indeed the whole economy grows as a result of the investment.

The problem is that it often doesn’t happen like this. And the main reason is that creditors tend to be misers. What if C doesn’t really want $133,000 of fun stuff in 25 years’ time? And C’s creditor/miser mates don’t want it either. They just want money; not goods and services that money buys. IF C will not buy D’s produce, then D is obliged to find another buyer so that he can pay C in money. Debtors must sell stuff, but miserly creditors will not buy it.

In public life, misers tend to make miserliness into both a public and a private virtue. They are more convinced than anyone that their behaviour is virtuous, even though miserliness represents the breaking of a contract; it represents a refusal of creditors to be repaid in the only way that debtors, collectively, can repay; by delivering goods and services.

For finance to do its magic, for every saver there must be a borrower. And borrowers can only repay debts, collectively, if savers reduce their level of savings. As Margaret Atwood in her book “Payback” said, debtors and creditors are “joined at the hip”.

In economics, we are encouraged to save now so that we can spend more later. In the real world, many people save now with no intention of spending more later. They, like King Midas, treat money as an end in itself. While economists claim that money is a means to an end (spending), even some economists themselves – because economists are people too – are misers. Miserly economists find it difficult to criticise miserly behaviour.

When both people (the private sector, collectively) and their governments (the world’s governments) collectively want to save more (or borrow less) and spend less, the global economy grinds to a halt. In 2008-10 the global economy did not grind to a halt only because most governments, reluctantly, became substantial borrowers of last resort; and because, in some of the large emerging economies of the world, new borrowers emerged as developed economy borrowers retrenched.

President Obama is not the worst of our political misers by any means. Yet in 2010 he said:

“The hard truth is that getting this deficit under control is going to require some broad sacrifice, and that sacrifice must be shared by the employees of the federal government. After all, small businesses and families are tightening their belts. Their government should, too.”

Admittedly, in a single country the government and the people can both spend less than they earn; by lending to the rest of the world. Sweden has shown us that possibility, for nearly 20 years. But will the Swedes enjoy a big spend-up in the future? Probably not, even though that’s what they have contracted to do. Their intent appears to be to build up foreign monetary reserves for their own sake. Further, for every country which spends less than it earns, another country must spend more than it earns. If the United States wishes to be like Sweden, it’s a pretty big debt rat that other countries will have to swallow.

A worse case, than Obama, of advocacy of public miserliness is Angela Merkel, who, two decades after Margaret Thatcher’s endorsement of thrift as a public-private virtue, points to the austerity of prosperous middle-class Swabian housewives.  (Refer to these two Guardian articles [1] and [2]) (With reference to Margaret Thatcher, Adam Smith was prescient when he said that England was “a nation that is governed by shopkeepers”.)

If we, in the New Zealand private sector, want our government to borrow less, then we ourselves should spend more. In that way, we generate income for each other and thereby revenue for the government. There is a consistent pattern in New Zealand over the last 20 years, of government running surpluses when we run deficits, and vice versa. Unlike Swedes and Germans we are generally happy to open our wallets. Indeed renewed spending is helping to make us a “rock star” economy. Is David capable of loosening up when required to?