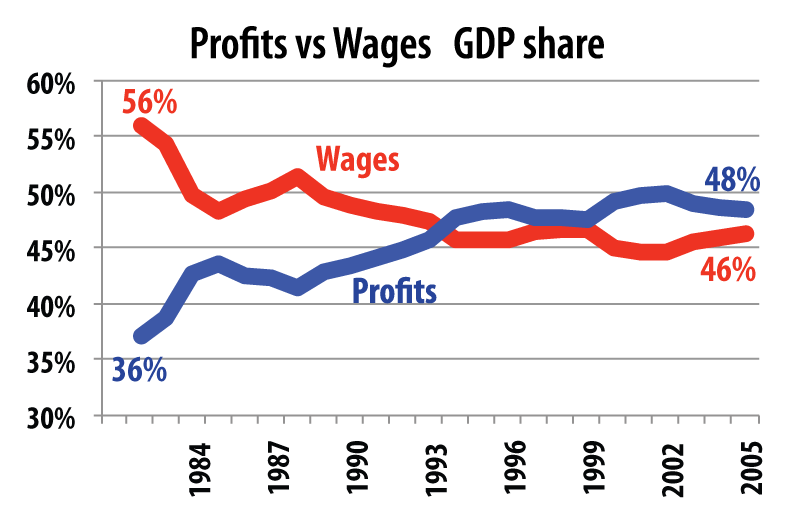 The National Party has been caught getting their numbers wrong over the decline of real wages on their watch by the Green Party.

Last week, Green Party leader Dr Russell Norman pointed out that wages and salaries have risen by less than inflation during the term of the National government according to StatisticsNZ’s Labour Cost Index.

Statistics NZ however disagrees. They say “if you are interested in changes in earnings across time, the Labour Cost Index (LCI) is a better measure than the QES”. The QES measures the average wage paid. But averages can be pulled up by a few getting a big pay rise or by low paid workers becoming unemployed. It was true that in the late 1990s well-paid professions continued to do reasonably well while some (lawyers, accountants, doctors) did very well. So the average may have risen while the vast majority earned below the average.

Two-thirds of wage and salary earners actually earn below the NZ average wage of about $28.03 an hour.

Over the long term real wages fell by about a quarter in the late 1980s and early 1990s and have never recovered since.

The official statistics confirm that over the last three decades wages have failed to keep up with inflation – at least for the big majority of workers. Rather than wage increases pushing up prices, wages have unsuccessfully lagged behind price increases.

I did the following graph which showed a steady rise in real wages from 1957 to 1981. During nearly that whole period unemployment was only 1-3%. But the bosses organised a fight back that has pushed real wages back down to levels previously reached in the early 1970s. 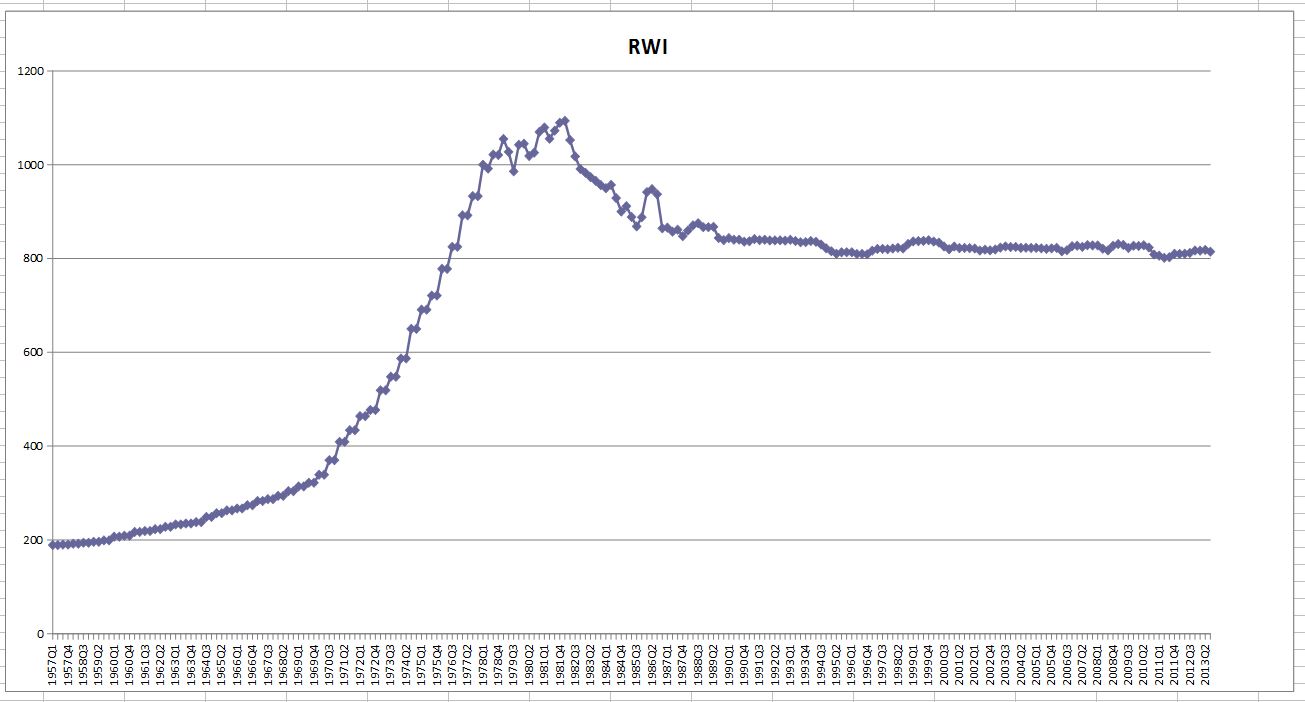 Even if we use the QES figures favoured by Steven Joyce then the recovery in average real wages has been less than the previous decline.

The following graph covers the same period as mine but is from a couple of quite right wing economists who use the same data sources as mine for the period 1957-1992 but (naturally) prefer the QES rather than the LCI for the period since then. 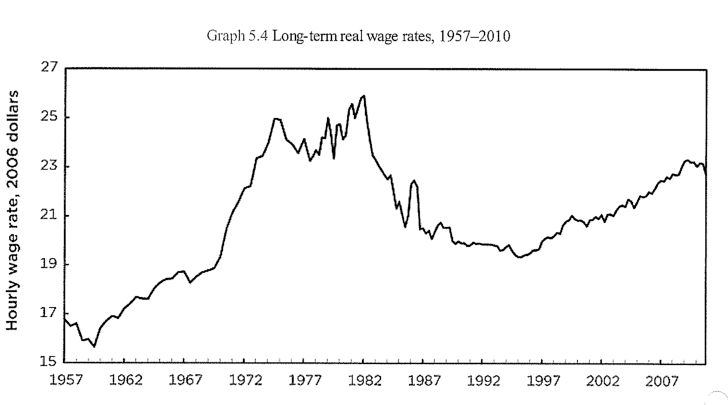 See Graph 5.4 in “The New Zealand Economy: An Introduction” by Ralph Lattimore and Shambubeel Eaqub

Even their graph has real wages are still behind the level reached in the early 1970s. Their graph also has a real wage measure on the left measured in 2006 dollars. Using their numbers, real wages peaked at about $26 an hour dropped to just above $19 then recovered to $23 in 2009 before starting to drop again.

What they are saying is that even in their rosier picture an entire generation has grown up without real wage recovering to the level reached by their parents.

We were also told that if the cake was grown we would all benefit. Higher wages would come with increased productivity. We all heard the argument that a little pain now would mean riches for all to come.

So real wages are 25% lower according to the LCI measure but our output is 80% higher. Any benefits stayed stubbornly at the top. The “trickle down” theory that if we make some very rich we will all eventually benefit proved to be a lie. 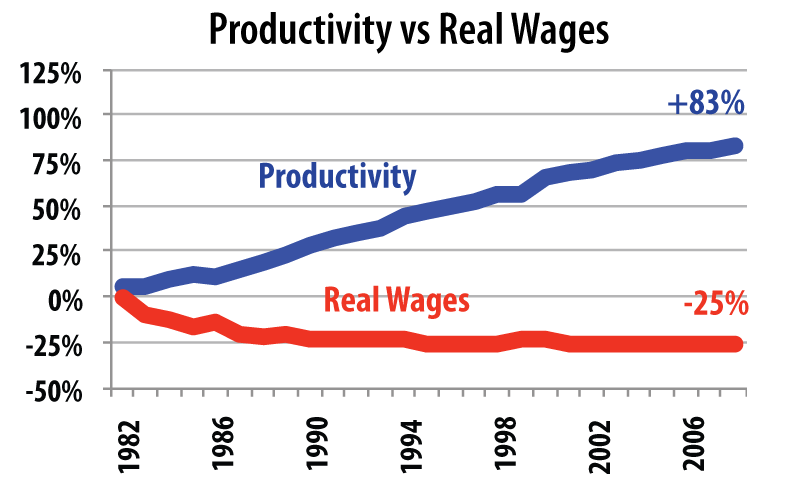 The shift in income from wages to profits is recorded in official statistics that measure the share of wages and profits in the economy. The period from the mid 80s to mid 90s saw a 10% drop in the share of GDP measured as “compensation of employees”. There was a corresponding rise in the proportion measured as “gross operating surplus”, that is profits and interest.

In today‟s dollars that equals $18 billion from the pockets of workers to the coffers of capital. That in turn has been shared among the very rich shareholders and senior executives and is the ultimate source of the gross increase in salaries other benefits of this layer in recent years

It’s time we got it back! But that means we have to be willing to stand up and fight.