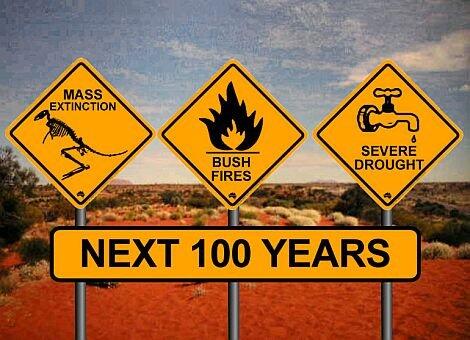 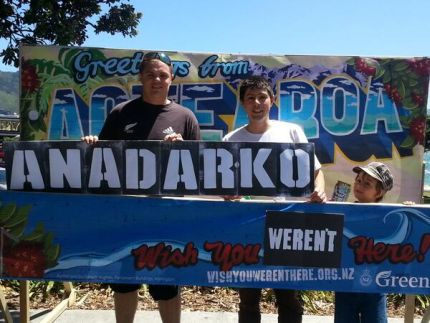 New Zealand stands at a cross roads on deep sea oil drilling. Should we continue? to encourage foreign companies to searching for more oil deep under our waters? Or should we start seriously investing in a clean energy alternative? The current Government would have you believe that what there is no alternative to the economic future of New Zealand; drill it, mine it, frack it. It looks like the Labour Party would have you believe that too: Labour recently came out saying they are comfortable with deep sea drilling “in principle”. But the Green Party knows that more oil development is a recipe for risking our environment, economy and climate. National and Labour are ignoring the fact that fossil fuel development like oil, is leading to run away climate change, which will jeopardise the success of our agricultural sector – the backbone of our economy. The Green Party, however, would create a smarter, greener economy that supports the people of today without making it harder to future generations to make a living.

Scientists tell us that, worldwide, we can burn only 20% of the fossil fuels that companies have already discovered if we want to keep climate change to a “safe” 2 degree increase. So it’s crazy to encourage companies to drill risky wells in deep water in order to find even more oil. Drilling in 1.5km of water is a different kettle of fish tothe shallow water drilling that’s been happening in Taranaki for 100 years and is at the frontiers of technology, geology and geography. When it comes to oil drilling, the deeper you go the greater the risk. When we look to the Gulf of Mexico, we see that for shallow water oil drilling 1 in 272 wells has a spill, while that number increases to 1 in 35 wells for deep sea drilling and to 1 in 19 wells for ultra-deep sea drilling. But we don’t have to risk our beaches and our climate in order to have a strong economy.

We have a wealth of low carbon economic development options and we could lead the world in selling clean energy solutions. This isn’t decades off, this is now. Clean energy solutions like solar, wind and geothermal energy, as well as electric cars are available, affordable and increasingly desirable. Clean energy is potentially a $20 billion annual economic opportunity according to Pricewaterhouse Coopers and we know it grows four times as many jobs as fossil fuels. BERL estimated we could employ up to 27,000 Kiwis, around four times the numbers employed in the oil and gas sectors in NZ, simply by using our forestry wood wastes as a sustainable biofuel, helping reduce our $7b annual fuel import bill. It’s more likely we’ll see our installing solar panels on people’s roofs or working on better buses and trains or in the IT sector than a handful on Anadarko’s offshore rigs. The world is crying out for clean energy, green tech and IT solutions and we could grow more jobs and an even richer New Zealand selling our expertise and services than just our oil.

Deep sea oil drilling is a defining environmental issue of our time. New Zealand stands to lose a lot if the world cannot limit climate change to 2 degrees warming. It can’t be said enough: Our agricultural nation depends on a stable climate. If we don’t get serious about climate change our farmers will suffer increased droughts and damaging storms, and profits will suffer. This year if Labour and National want to ignore the realities of climate change and throw their support behind deep sea oil drilling, that’s their choice. The Green Party knows there are better alternatives, which is why we will focus on providing solutions to do more with less oil and invest in a smart green economy.

We stand at a crossroads. New Zealand can look to the Beverly Hillbillies for economic inspiration and risk our environment, economy and climate through deep sea drilling, or we could look to the future and grow a richer NZ through a green economy.