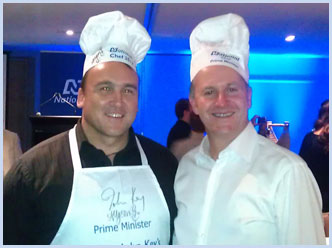 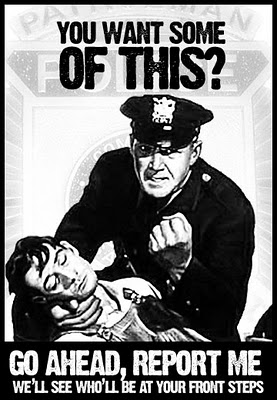 I’m always queasy about cops becoming politicians. The alpha male bash-em-mate-sado- masochistic-pack-rape-culture of the NZ Police force doesn’t make for well reasoned political direction for the rest of society and no where is that more glaringly obvious than in the book burning logic of National Party thug and ex cop, Mike Sabin.

Mike has a lot of private Members Bills in the ballot and if there is a God, none of them will ever see the light of day. Removing peoples right to silence is a fundamental foundation rock of any division of rights between the individual and the State and to allow a bloody ex cop to just remove that centuries old protection cause PC Plod from Northland thinks it’ll be easier to prosecute everyone begs the question, why bother with a trial anyway Mike?

Sabin’s latest contribution to a Police State is the desire to punish guardians and parents of teenagers with bail conditions imposed upon them if their teenager gets into trouble with the law. How many rights Sabin intends to destroy before he gets to Cop Nirvana isn’t clear, but punishing a parent for a crime their child has committed seems borderline psychotic. Isn’t this shit the Taliban do? Punishing the parent for the sins of the child seems medieval.

These laws aren’t meant to make sense, like Paula Bennett’s failed drug testing of beneficiaries, these types of brain farts are aimed at playing to their constituents bigotry, if a teenager is in trouble with the law, it’ll be their no good welfare gang member parents who need the bash as well.

The thing 2014 needs more of is less Mike Sabin and his weird cop fantasies that seem intent on stripping away as many NZers civil rights as possible. If Mike Sabin is the answer, the question must have been, ‘What bullshit far right knee-jerk ill thought out rhetoric won’t help?’