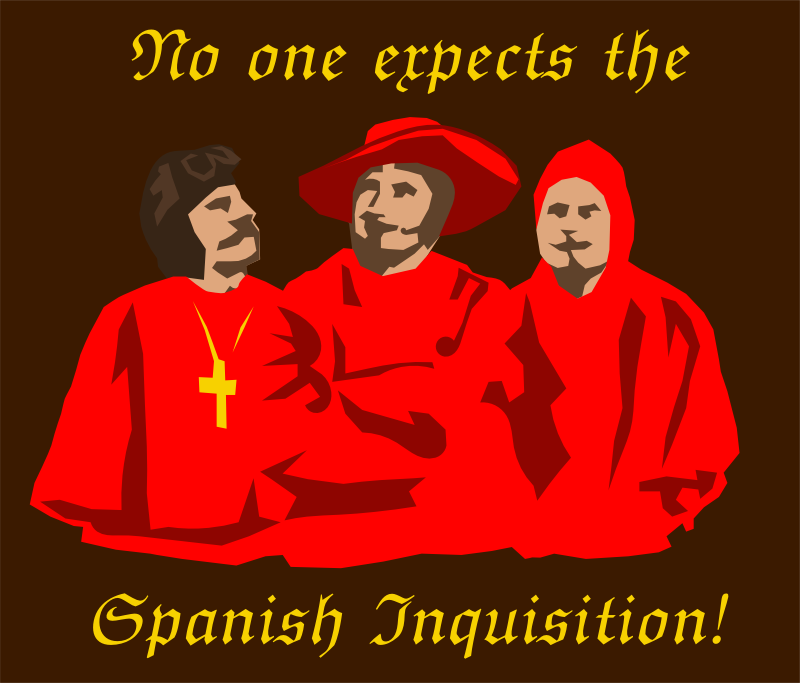 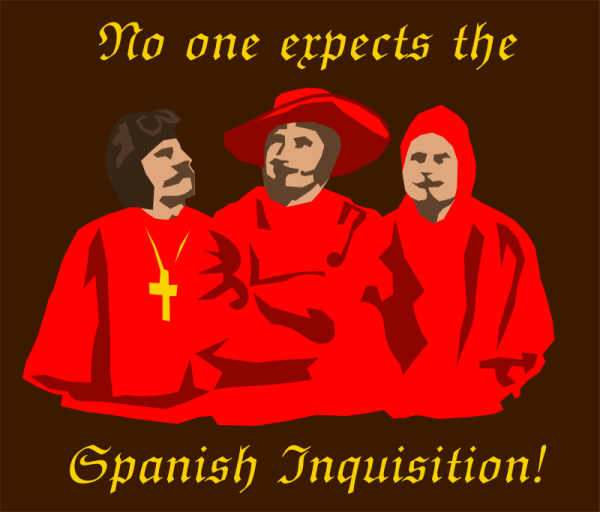 He inspects the jar of erectile pills closely. He fumbles around with it, shakes the other packet. ‘Is this yours?’ he enquires. The Middle Eastern guy in the leather jacket sits in the chair in front of his personal items as they are spilled out across the bench. He continues to rummage as he speaks and holds up the box. The camera zooms in and then pulls back to hover, to capture the moment of confession. ‘Yes’ he says in exasperation – throwing his arms up in a shrug in the typical Middle Eastern manner. Of course they are bloody his. Something else for the skinny white guy in a NZ Customs uniform to run through the machine. Then, bingo! Photocopies of other people’s passports in one of the suitcases. Time to call over the big black guy in a NZ Customs uniform to maintain a close observation of Bin Laden and his mate in case they try anything 9/11.

It was unusual, the skinny guy said, to book a flight at one day’s notice. It was suspicious. It was unusual, he says to camera, that they had luggage with souvenirs, but no clothing packed. He casts scathing looks at each kitschy piece of tourist tat, imagining how much each thing can hold in pink pills. But as he trawled and pawed his way through the baggage he discovers a bag full of clothing. Eventually. Well, he says, it’s not much clothing, not very much. Suspiciously little clothing he decides. It’s all sus now, of course it is, because that is what he pre-judged them as being and nothing will dissuade him otherwise. Even after he finds the clothing he said wasn’t there he makes that fit to the nefarious plot he has uncovered. Not quite enough clothing to be not suspicious. He gets a swab ready that detects micro amounts of anything. He assures the viewer it is sensitive enough to pick up residue traces of Keith Richards three months after he flew out of the country. So whatever it is, this guy, and his “uncle” – aren’t they all – is going down… one way or another. If jolly Johnny Turk has so much as a single date pip in his pocket and gives him any shit it’s one phone call to our American friends and he’s off to Gitmo. The travellers have blurred patches over their faces to spare the final indignity of all-out privacy breach, but their feeling of persecution is palpable without the confirmation of their expression.

They were at first perplexed and then, as time and the contents of their baggage were dragged out, became concerned and eventually agitated. Which is normal and understandable, but of course at the point of agitation – after many minutes and many panty fondlings to provocation later – this is all taken as proof of shady motives and the violent Levantine temper at the thin edge of international terrorism. Mr Customs officer proceeds something like: So don’t get your burkah in a bunch, mate, just settle down because you’re upsetting the other passengers and you’re just embarrassing yourself, and just tell me again if this cock pump/penis enlarger is your cock pump/penis enlarger or your “uncle’s” cock pump/penis enlarger? Cause if you’re having trouble hearing me I can use the loud speaker system… Hey, no need to flip your fez, Abdul, just take a seat while my colleague and I determine how much of a terrorist you are.

Is this the big friendly Kiwi welcome from customs to everyone who isn’t the stereotype of a safe white person?

It seems – thanks to the evidence uncovered by TVNZ’s Border Patrol programme – that the molestation, profiling and general humiliation and harassment of travellers is what is to be expected at New Zealand’s border. The dignity of the person – once a cornerstone of international travel treaties has long since been submerged in the water-boarding tank of security paranoia. The traveller is expected to tolerate dogs randomly lunging and sniffing them and customs officers wantonly conducting intrusive searches and interrogation, and tests. Biosecurity becomes a weapon in the quest for revenue and panic. Infractions are plentiful, fines are punitive, enforcement is inflexible. What a pointlessly bitter, expensive start to so many people’s experience of the country: they haven’t been educated so much as they have been punished. They won’t be bringing in any undeclared peanuts, pomegranites or pickled bat bollocks in future, not because they learnt a biosecurity lesson, they won’t be coming back ever again at all because the beginning of their one and only trip was marred by assistant duty manager Customs Officer First Class Neil Dickhead doing what he does best.

What else are they supposed to do though? Not hassle anyone all day, not be suspicious of anyone? They can’t very well justify the job if they aren’t putting the heat on someone, anyone, regardless. It is the personality type of the parking warden in a task requiring the tact and discretion of a detective. No-one expects the Spanish Inquisition. It all goes on under a dull, bureaucratic demeanor, but this is a crude form of human intelligence in operation that filters out bad from good and informs the presumed bad people that they are thought of as such. Border Patrol is something of an unwitting indictment on the shabby way minority groups are treated.

The moping, surly, teenager who made the mistake of writing ‘musician’ on the form didn’t stand a chance. The full treatment for him. The little druggy. She could sniff him out. Demanding to know who he’d called on his phone, demanding to get into it. She wouldn’t relent, she was dragging everything out, opening everything. She was telling him they had watched him on the CCTV, so no tricks. To his credit this slacker was having none of this harassment and was dishing it straight back. Which prolonged the process of rigorous invasion; the end of which it transpired he had nothing. Not a bean, not a bud, not a cap, not a kernel. Sometimes people are cocky because they are in the right, not because they have something to conceal. She got nothing from this guy. She wasted his time, her time, and now our time.