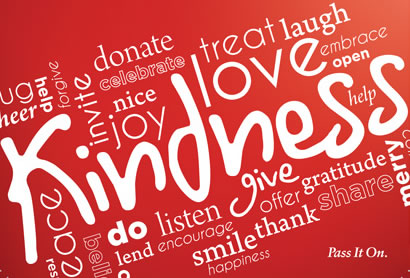 Shamefully yesterday was the first time I have ever been to the Grey Lynn Festival. Us Auckland South-siders do not often venture all the way to the other side of the city for such festivals. This is a pity because the Grey Lynn Festival is freaking magic. My six year old boy and I went and we both thoroughly enjoyed everything there was on offer. Food, displays, rides, stalls, performances – magnificent.

The organisation of the festival seems like a well-oiled festival machine. I love the layout of everything which made it easy to find things and there were plenty of rubbish bins and toilets. I have nothing but respect for the hard work and monumental task that it takes to pull off this festival.

And yes there must be rules. Okay I am not a huge stickler for ‘rules’ and have been in public trouble for disobeying the odd one here and there. But I fully appreciate that to organise a festival for the Auckland community that is fair and safe and can be enjoyed by all rules must be applied.

This brings me to the rules about holding a stall for the festival. Certainly anyone can apply to have a stall on the day providing you pass the reasonable criteria, pay the reasonable fee and abide by reasonable rules.

And there was someone who did not do that. Oops. My son and I were none the wiser when we were leaving the festival and came upon man and his toddler son selling home-made brownies on the edge of the festival grounds. Brownies are like heaven for my little boys so there was no way we were going to walk past such a treat. Especially with the cutest wee toddler fronting the marketing strategy for them.

Just as I was giving over my cash for the brownies, a woman came bellowing over ordering the man and his young son to leave. She was a festival organiser and was put out, maybe understandably, that this man had set up his moonlighting stall. She mentioned that they had rules about stalls and that he could have gone through the proper channels. She explained that they would have too many people behaving like this without those rules.

“Totally fair enough” said the man. He was calm and apologetic and moved to vacate his little illegal selling table immediately.

The woman just kept ordering him to leave. Her tone was that abrupt and annoyed and unforgiving that my little boy whispered into my ear “oh no mum they weren’t supposed to be doing that aye”.  When the man asked her genuinely about the process to hold a stall she said “sorry there’s no time for that now you just have to leave”.

I uttered a very big and loud ‘thank you for these they look absolutely lovely’ to the man and his son as we left with our brownies.

The woman was well within her administration and moral rights. She was correct in upholding the rules for the good of the festival. But she could have done so with some more thought to the two little boys who were involved in the whole affair. There was my son and the sweet toddler rebel selling brownies with his dad. Dad was cooperating and apologetic and listening. I wrote in my head a far kinder script for still being able to run a tight festival ship without the destruction of dignity. I was left explaining to my son that the woman was right but she could have spoken in a way that did not make the little boy feel bad. “And the poor dad” said my son. And it seems, my huge hearted son.

“Hi there. Those brownies look delicious actually I might buy one. I’m really sorry but I’m going to have to ask you to leave the grounds though because you haven’t gone through the proper channels for this stall. Just outside on the concrete is not considered our festival grounds by the way. Also for next year check out our application process so you son can sell his brownies and get more customers too. Thanks heaps for moving I really appreciate that you know how it goes – we’ll get flooded with illegal stalls and won’t be able to run this festival safely for everyone. Hope we see you next year.”

………..all delivered with a big cheery smile.

The woman had expended quite a bit of negative energy in dealing with this man and was winding herself up no end. This might have been the 1000th niggly thing she had to deal with that hour. But expending negative energy was not going to lower her stress level at all.

Just a little more kindness might have made things pleasant for the woman herself. No bending of the rules, just kindness in delivering them. That’s all I am asking of us all in our daily footsteps.