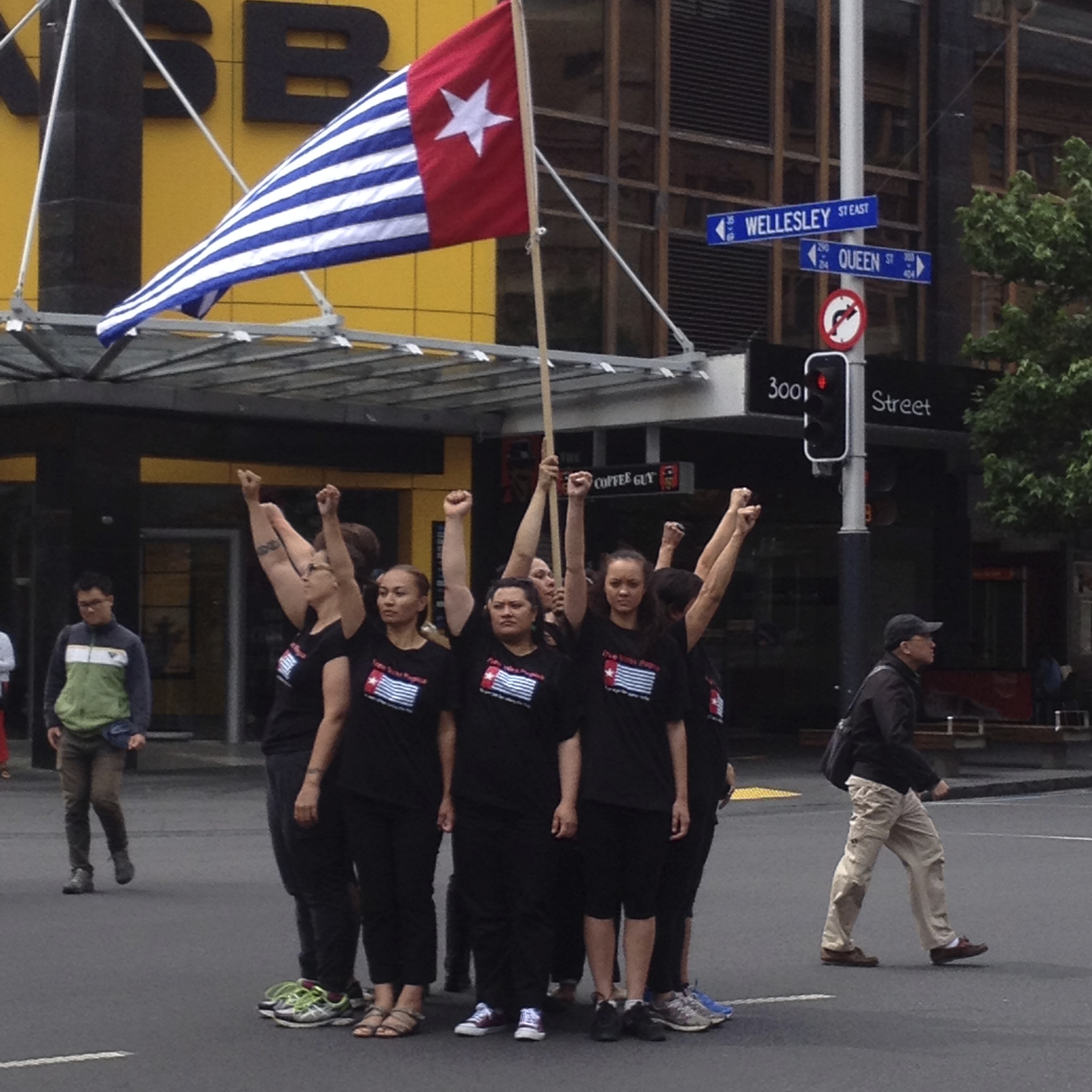 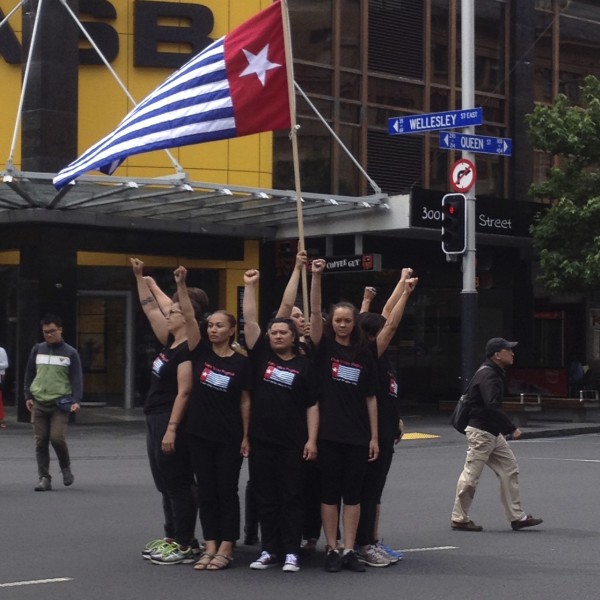 Around the world yesterday people were raising the Morning Star flag in solidarity with the West Papuan people. In Auckland it took the form of a group of women conducting “guerrilla theatre” flag raising at three key intersections along Queen Street (see photo). I was in the support group.

December 1st is a special day for West Papuans because on that day, back in 1961, the Morning Star flag was raised for the first time. The then Dutch colonists were sympathetic, because they had put West Papua on the road to independence. However the hopes for a free West Papua were dashed after Indonesia troops invaded the country.

Today, West Papuans who raise the flag are harshly dealt with. One activist, Filep Karma is still in jail serving a 15 year sentence for leading a flag raising in Jayapura seven years ago on December 1st 2004. Amnesty International consider Filep to be a “prisoner of conscience” and have been pressing for his freedom.

When I wrote this blog reports on the December 1st flagraising ceremonies in West Papua were not yet in, but the Indonesia Police had been preparing to clamp down. On November 26 there were dozens of arrests following protests organised by the pro-independence West Papuan National Committee (KNPB).

Unfortunately, Indonesian Police are able to attack the demonstrations outside of a media spotlight, because foreign journalists are largely banned from visiting the territory. This was the subject of a big Avaaz internet petition a couple of months ago. 34,000 signatures were collected to call for freedom of the press in West Papua, allowing entry to foreign journalists, and an end to the killing of West Papuans.

West Papuan are still struggling to get much support from foreign governments, but it was pleasing to see the Vanuatu Prime Minister Moana Kalosil bringing up the human rights abuses in West Papua when he addressed the UN General Assembly in October. Our government shies away from raising such issues and, sadly, supports Indonesian sovereignty over West Papua.

There’ve been some creative protests for West Papua in this part of the world, not least the guerrilla theatre by the women of West Papua Action Auckland yesterday. [email: westpapuaactionauckland@gmail.com].

In September a Freedom Flotilla, with Aboriginal elders on board, set sail from Australia to West Papua, but threats from the Indonesian navy prevented it from docking. One New Zealander, Tyrone Wood, was among the crew.