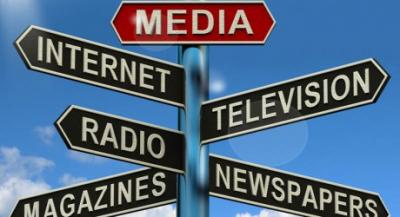 LET’S SUPPOSE the next Labour-led Government decides to “get serious” about media ownership in New Zealand. How would they do that? What does “getting serious” even mean?

“Getting serious” first and foremost means Labour acknowledging that, since the late-1980s, this country has undergone the most radical media deregulation in the OECD.

Unlike just about every country we typically compare ourselves with, New Zealand makes it possible for a foreign investor to own not only his or her own stable of newspapers and magazines, but also his or her own radio and television networks. With no prohibition against foreign and/or cross-media ownership, New Zealanders have watched helplessly as first their daily newspapers, then their local radio and television stations, and, finally, their favourite magazines were taken over by foreigners.

Quintessential New Zealand titles like The Listener, Metro, North & South and even the venerable NZ Woman’s Weekly are no longer owned by Kiwis but by the German-owned conglomerate, the Bauer Media Group. Based in Hamburg, Bauer operates in 16 countries and specialises in magazine publishing. Over the course of the past year, operating in Australasia alone, it has spent $600 million acquiring the pride of Australia’s and New Zealand’s news-stands.

This foreign domination of New Zealand’s media industry would not be so appalling if the country possessed a well-resourced and proudly independent public broadcasting system – along with an equally independent, publicly-owned, mass-circulation newspaper or magazine (as The Listener used to be.)

Sadly, this is not the case.

The only genuinely publicly-owned nationwide broadcaster still standing is the state-owned Radio New Zealand. Maori Television is, by definition, a sectional broadcaster – albeit an excellent one. While Television New Zealand, which should be this country’s public broadcasting flagship, has become a toxic waste dump of cultural sludge.

There was nothing accidental about TVNZ’s decline. When Labour’s Richard Prebble transformed it into a commercially-driven SOE back in 1989 he was careful to drive a neoliberal stake deep into its heart and brain. Over the intervening years the deterioration in the quality of TVNZ’s output has been as noticeable as it was irreversible. Among the succession of men who commanded the “Death Star” (as TVNZ’s employees half-jokingly described their corporate employer) only Ian Fraser correctly diagnosed its true malady and prescribed an appropriate cure. The SOE, he quipped, needed to be hit by a neutron bomb – something that would get rid of all the people while leaving the buildings intact.

So, having recognised the extent of the problems confronting New Zealand’s media: foreign control of its privately-owned infrastructure; the moral and professional decay of its publicly-owned media institutions; how should a Labour-led Government “get serious”?

The first step would be to announce that an incoming centre-left government would be committed to ending the foreign domination and oligopolistic control of New Zealand’s media industry. Cross-media ownership would be prohibited (i.e. it would no longer be possible to own a newspaper chain, radio stations and a television network). Nor would it be possible for foreign persons and corporations to exercise a controlling interest in any New Zealand media outlet. And, because the airwaves are public property, anyone using them would be obliged to produce a range of programmes dedicated to the public interest: news and current affairs, drama, documentaries. Radio stations would be required to play the music of local artists to the maximum extent compatible with effective programming.

Reform of this magnitude would obviously derange the business models that have dominated the New Zealand media industry since deregulation. The need for foreign-owned entities to divest themselves of businesses they had hitherto owned and controlled would result in the latters’ substantial devaluation. This would make the next stage of the government’s reforms considerably easier.

In the case of Sky Network Television, in particular, deregulation would have a profound impact on the value of the company’s stock. A sharp decline in the share price would likely follow a Labour-led Government’s formation, making it possible for the incoming Ministers of Finance and Broadcasting to negotiate a fair price for the entire shareholding of Sky Network Television and its subsequent purchase by the State.

The nationalisation of Sky would be followed by its merger with Radio New  Zealand and TVNZ into a wholly new public broadcasting entity. The subscription base of the satellite network would be extended free-of-charge to include every New Zealand household and the annual fee reduced to the equivalent of $1.00 per day.

The State would also stand in the market as the buyer of last resort for publications that could not otherwise be sold. Ultimately, these would be transformed into municipally-owned but editorially-independent newspaper companies, or, in the case of magazines, worker-owned co-operatives. There would also be considerable funding made available for investigating the sustainable melding of paper-based and digital media.

The NZ on Air funding model would be extended to the print media – making possible the extensive (and expensive) investigative reporting which so many newspapers and magazines currently struggle to underwrite.

The above reforms would have a profound impact on the cultural and creative confidence of New Zealanders. It is remarkable that since 1989 we have witnessed the state-sanctioned pillaging of what was once a comprehensive, citizen-owned broadcasting system. Remarkable, too, the way in which New Zealand’s print media passed into foreign ownership almost without protest.

The re-nationalisation (both in the sense of bringing under state control and returning control to New Zealand nationals) of our media industry will make a profound difference to the way New Zealanders think about and behave towards each other. It will vastly strengthen our democracy and breathe new life into all our political and cultural institutions. This rejuvenation will extend the benefits of the policy into the economic and social spheres as the creative energies it unleashes find new outlets in both the marketplace and the wider society of New Zealand.

Those who oppose the proposed changes will do so from a variety of motives. Fear of state control and the loss of media freedom are legitimate concerns which a government of the centre-left will need to assuage to the maximum extent possible. Others, however, will fear these reforms because they anticipate their emancipatory effects, and are reluctant to see freedom extended so widely. Their most dangerous foes, however, will be those who see them as threats to both their power and their profits – both of which they will do all within their power to protect.

As is always the case with progressive reform, the vociferous opposition of these vested interests is the strongest argument for making the change.