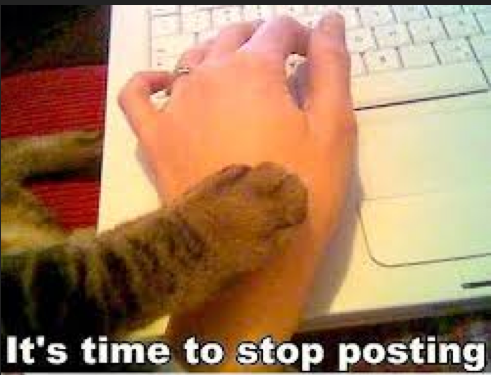 The emotion flowing around (as opposed to shit being flung around) in the online world over the last week or so over the ‘Roastbusters’ affair led me to contemplating writing a related posting. That is, until I read a couple of other blogs on Tuesday, when I dropped the idea. Now I’ve decided to press on regardless, somewhat riskily, seeing this is the first time I’ve ventured away from safety of education (an area that I profess to know something about) into the ‘big’ world where I don’t know anything…  I’ll probably get my head knocked off…  which may prove the points I’m about to make….

As I followed the online chatter (Twitter and blogs) about the tragic affair of the ‘Roastbusters’ I became increasingly disturbed by the descent into personal attacks and character assassinations, and that’s just from the ‘left.’  (I refuse to pollute my brain anymore with the vitriol masquerading as ‘comments’ on the two main ‘right wing’ blogs).

Stepping outside the various arguments about the “Roastbusters” and the resulting fallout, I believe that the personality attacks necessitate a discussion of an issue of vital significance.

Hey people on the left, we’re on the same side….. the real ‘enemy’ is over there….. We’re all heading in the same general direction, even if we do chose to take different routes to get there.

What is the most important task in front of us? Scoring doctrinal points and venting feelings against our compatriots, or ensuring that we only have another 12 months of the Key led government to endure, and working towards a much better society for all?

Putting this in a soccer context, this equates to members of the All Whites squabbling over who will kick off after the next goal, while the opposing team runs around them to score goals.

By all means, engage in rational and vigorous debate. That’s healthy. Sure there are many issues on which we will disagree, as we bump into each other on our journeys to the same destination. That’s productive as new ideas grow in the friction zones between beliefs.

But this is not what I’ve been seeing, especially on Twitter. Commentators and disaffected bloggers, who to me should have known better, have been quite liberal with conversations discussing personal attributes of other commentators.  What’s this meant to achieve? How will this help address the ills of our current society?

What personality attributes had to do with written statements and views was beyond me. I didn’t agree with substantial sections of many articles either, and could have, if I’d felt the need, outlined my thoughts in the comments section, or written an objective article detailing my concerns. Why can’t we agree to disagree, to accept that there will be variations of opinions on significant issues? Why is the holding of a moderate and slightly different opinion seen as almost a capital crime?

I could understand a heated response to anyone who chose to support the ‘Roastbusters’ but this wasn’t the case. Even then, attacking the author’s personal attributes wouldn’t add weight to validity of the response. As I used to say to miscreant kids who appeared in my office, back in my school principal days, feelings are one thing, but its what you do with them that’s important. What you feel doesn’t excuse your actions.

Resorting to personality issues is the lowest form of argument (Ad hominem). Watch politicians at work, and you’ll see this in action – Key is a master of personal attacks on opposition MPs.

The personal qualities of individuals have no relation to the validity of their arguments. If the reverse was the case, then we’d be in a world where ‘breeding’, wealth, social status, physical attributes, and so on, would be prerequisite attributes for quality of arguments. Is this a desirable mindset?

Extending this further: there is much about the present government, ministers, and supporters, that I find despicable and which needs to be strenuously rejected. However using personal characteristics such as weight, family background, use of botox, hair styles, clothing, speaking voice, mental health issues, etc, to denigrate ministers and their supporters should be beyond us.  Hold people accountable for their statements, policies and actions, through logic, objectivity, and well reasoned dialogue, rather than attack them through their personal attributes. Ad hominem once again…

Leave that kind of muckraking to the right and put all our energies into rational debate and activism to bring about the necessary changes to make this country a better place for all. Otherwise we could be leaving the door open for a National led government to win the 2014 election and we will be much worse off.

The goal in front of us is very simple – we must ensure a win for the centre left, in whatever format the electorate decides. All other issues are secondary and must be objectively debated to develop quality policies to restore this country to ‘Godzone.’

You pays your money and takes your choice.