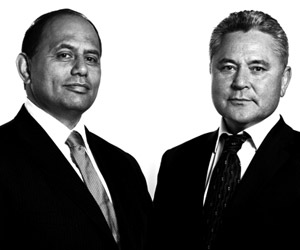 Old media Radio Live have been damaged by the new media blogs. The power of twitter & Facebook allows a focused roar from the crowd to descend with crushing force on whatever target it decides to destroy.

I doubt however many of the advertisers contacted by blogger Giovanni Tiso had heard of his unranked blog or had read it much, I imagine what most Coms people heard when contacted was ‘Blogger’ and that immediately sparked a horror set of flashing visions of Cameron Slater slowly torturing their brand for months on end. Genuine disgust at the comments mixed with fear of a social media generated boycott produced a result of spectacular proportions. Kudos to Giovanni, he has lifted the bar for the NZ blogosphere.

In the case of blogs, the bark is only slightly worse than the row after row of razor sharp teethed bites.

This growing realization of the power now available to social media users won’t dissipate, it’s only going to build. I think the next election will be won or lost online and a big part of that will be social media generated.

Radio Live has a damaged image. That they mishandled the event so poorly shows that they were blind to seeing how offensive Willie & JTs questions were. I pointed out in the weekend that they needed to pull them off air now, and remind them that a serious donation to Rape Crisis is in order for atonement to be fulfilled.

Who should Radio Live replace Willie & JT with? My heart says Annette Sykes & Sue Bradford, but I think the first contender in the partnership has to be Wallace Chapman. He is one of the best talkback hosts Radio Live has to offer. He has the intelligence to handle the current debate with intellectual rigor and compassion.

The other host would have a few contenders depending on availability. If the genuinely brilliant Mihingarangi Forbes was available they would be foolish to not create a partnership like that or they could opt for a more counter point co-host. National Party MP, Claudette Hauiti would be an interesting choice. She would need permission from John Key to pretty much write the rest of the year off in Parliament, but she is an excellent talkback host, will provide the alternative voice and could generate some real debate on air.

Beyond all of this is the horror of so many women being raped within a justice system that is only successfully prosecuting 1 out of 100 rapists. Whoever replaces Willie & JT should look there as their starting point.