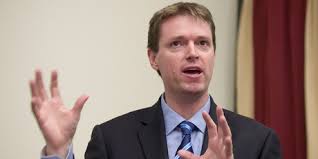 The symbolic gesture of potential political allies sitting down for a public cuppa as epitomized in the ritualistic Epsom date every election is set to become the norm as the Game of Thrones machinations for making the Parliamentary math work start to reset the chessboard.

That unique feature of coat tailing within MMP gets used better by the Right than the  Left  because the Right want to win while the Left hold their nose and mutter about the sanctity of democracy.

It’s time the Left woke up and realized that the Greek fathers of Democracy won’t be rolling in their graves because deals are cut in electorates to force this Government out.

Labour and the Greens have a range of electorates where their combined vote could eject a National Party MP, if Key is going to engage these tactics, the Left have to get the hell over themselves and start adapting. As long as the Greens and Labour are open with their electorates about why they are doing this there is no great wound to the democratic process.

Labour could cut a similar arrangement with MANA to regain some Maori electorates while eliminating a possible coalition partner for Key in the form of the Maori Party.

There are even options to fight Colin Craig.

One thing is for certain however, if Key is seriously looking to the religious right for power, where does he get off trying to spook the electorate with the Greens?

Colin Craig was asked what his policy issues were and he gave legalizing hitting children, climate denial and anti-Maori Treaty bashing – that’s the National/Conservative Party 2014 agenda???

Not child poverty, not unemployment, not the rising inequality – Colin’s priorities are religious zealotry in relation to physically disciplining children, quack science that doesn’t believe in man made global warming and redneck anti-Maori bigotry?

Who would Jesus vote for?