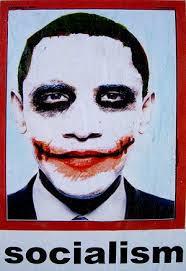 Republican scare mongering over removing the power of corporate insurance from healthcare has led to farcical accusations that Obama is a ‘socialist’, the way John Key is a Marxist.

At the Hardly Strictly Bluegrass music festival in San Francisco, California, UK minstrel Billy Bragg opined that this week, the first week of the US Government shutdown, was the time when the fight for universal health care in America got really serious. In his country where people won the right to universal health care almost 70 years ago, that right was being eroded and the NHS had to be fought for every day. Universal health care and the other rights which reduce inequality are the battleground of our age and our biggest enemy is not capitalism, according to Billy, but cynicism – our cynicism. The opposite of cynicism is activism so get off your arse and get active and we can win. He then launched into a powerful rendition of ‘There is Power in a Union’.

The next day a young man approached me on Market St as one of the historic street cars was slowing down to pick up passengers. He apologized for bothering me and politely explained that he was homeless and had just been discharged from hospital (he still had the hospital ID on his wrist) and asked if I could spare any change for a meal.

There are many homeless people on Market St, camping down in doorways every night with cardboard and blankets. Some have mental health disorders, or suffer from drug addiction or both. Some have simply fallen on hard times. Some people with disabilities have their wheelchairs parked beside their coats and cardboard as they sleep as best they can on the street.

This is what the Republicans think is worth defending- mass injustice, inequality and unaffordable health care- where poverty increases and there is obscene wealth. The shutdown of the US Government is political maneuvering as extreme conservatives pull out all stops to kill Obamacare, a symptom they say, of an increasingly Marxist State.(Yes this is what they really believe according to a recent focus group sampling of committed Republican voters by a polling firm ) Read about it here.

For others it is a tragedy of misery piled upon misery as access to support services from Government dries up. Approximately 800,000 workers are victims of the largest lockout in history.

175,000 people attended the music festival over 3 days. Festival goers showed consideration for their neighbours and generally respected each other and the environment. I talked to tolerant, decent and diverse people. Many asked me about health care systems in NZ and Europe. Most were genuinely puzzled by the hysteria against universal health care in their own country.

But these people are not running America. It is not really a democracy. It is a country that enacts the policies of wealthy vested interests. The people who look out for each other, and behave with dignity and respect are not impacting on Government policy.

Wealthy financiers and their corporate backers are destroying the diverse middle and working class American values in the interests of short term greed. If New Zealand signs the Trans Pacific Partnership Agreement, it also sells its resource base and soul to corporate interests. Most Americans are your friends. The US Government is not your friend. It wants to capture your children’s future.