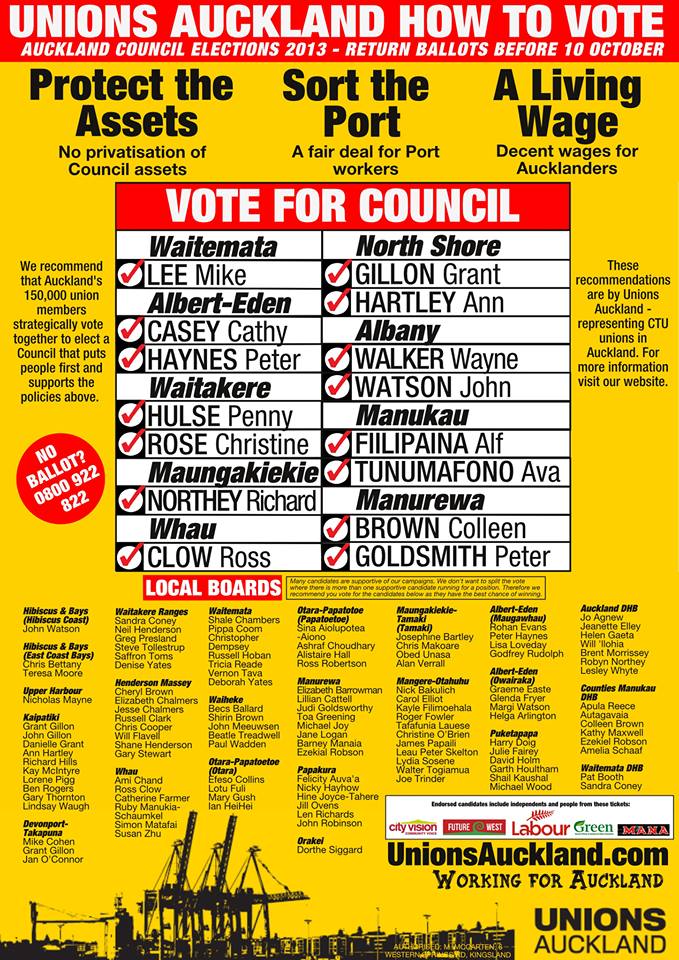 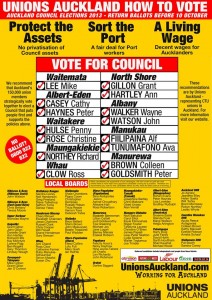 The Auckland Union’s couldn’t back Len for Mayor, and neither can I.

The manner in which Len has betrayed working people by his hands off approach to the Ports of Auckland despute was a total failure of leadership by Len and the fact that there is still no clear cost of how much that flawed industrial action has caused is just insult to injury.

The plank that Len will hold up as his major win is the City Rail Link. With all due respect to its many proponents, it’s a false hope. Len’s “Consensus Building Group” that cost $1m was an attempt to find a way to convince Aucklander’s to stump up for the cash, but what the CBG revealed was that “even with a significant increase in investment, the forecast performance of key parts of the transport system will be worse from 2031 than it is today”.

Now Generation Zero may want to give Len Brown an A+ via a slanted process that removes any of Len’s motorway negatives, but that seems more aimed at supporting Generation Zero’s aims than Auckland’s. Yes their congestion free plans are part of the solution, but if the end product is to have clear roads so the middle classes can race their hybrid-Lexus to Shadow Puppet Theatre and back again without missing a show on the Arts Channel, then it does not do a damn thing to confront the reality of climate change.

Auckland is a SuperCity of poverty.

These challenges require far more than the beige response to date by Len. The problems Auckland faces are beyond his cautious approach and require real leadership, not just management.

On those grounds, I can’t tick Len’s box to lead my city.