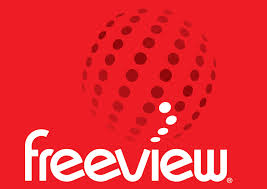 A sealed envelope has arrived in the mail. It isn’t addressed to anyone. It has a ‘goingdigital.co.nz’ logo in one corner and has in very large, all caps text: ‘Important information if you want to watch TV after 1 December,’ and at the bottom: ‘Message brought to you by the New Zealand Government.’ There’s a picture next to the text of an old fashioned consol TV showing static. Static like it was dead, but also a foreboding like it was the TV set from Poltergeist. Slightly creepy, like the state was going to hijack your TV set or cut you off if you didn’t install their devices. Which is sort of what they are doing, unfortunately for Mr and Mrs Tube, 69 Analogue Way, Yesterdayville. So it’s not a threat, so much as a promise, a fact, a reminder, but wrapped up in instructions. Demands. Things that must be done. Compliance issues. Technical issues. Legal issues. Safety and Health issues. Possibly diagrams, maybe graphs, hopefully maps. And the looming deadline. This was a bad letter. Interesting – highly – but a negative. A bummer. I don’t have to open it to get that
vibe. Is Anne Tolley in there crushing a hapless old tube TV?

So this is it. This is how it ends. This is the thanks we get after 53 years of TV in this country – and after my whole lifetime watching TV and much of it spent avoiding paying the despised licence fee – we get a letter for general circulation within the region. This is the
taxpayer, the licence fee payer, the Crown’s investment in the national TV transmission service over half a century in one letter. This is the day they speak to the legacy, the day the government tells me, officially, that they are abolishing television.

TV is dead. I never imagined it would end this way, I never imagined TV would be discontinued and replaced by a whole new system. I would have thought it would be more likely that the radio frequencies would have been shut down before television, but here it is in the letter
box and unless there is some miraculous announcement inside to the contrary this is the well telegraphed end to television as we know it.

The government has had a year or more of advertising this turn-off and this region’s turn is December 1st. Two months notice before the government cancels telvision – that’s about right. Will you remember where you were when you heard the news that the government was ending television? What about the few who are finding this out for the first time, they will.

Imagine those people who still haven’t worked out all these dorky Freeview ads are actually for them – that this is going to affect them, how will they take this letter? They would be shocked and mystified – after all the system works fine, why would the government abandon it? Or will they biff it away as junk mail? Not sure how many people will be fumbling about on the roof with their aerials trying to find the fault, and writing strongly worded letters to the NZ Listener in spindly geriatric script, but they will be out there. And good luck trying to explain to them why something called Freeview is going to cost them at least $70. And better luck explaining the concept of rain fade and signal loss and why it pixillates after
you’ve just delivered the lecture about how the government had to go digital and change frequencies because the signal was better – or was supposed to be better. And also best of British in selling them on the flagship technology of the Electronic Programme Guide when they
only watch TV One and they already get the listings in the paper. And they will continue to watch through their Pye Colormatic or National Visitron or whatever mini-Chernobyl/Fukishima cathode ray tube that they have sat in front of since RD Muldoon gave them permission to buy
it in 1976, so the change will be underwhelming, and a hassle for these folk. Promising a new Ferrari that is prone to breaking down randomly is not as appealing as a dependable Datsun Sunny for many, no matter how shiny the badge.

Anyway, it’s all a moot point because television after 1 December 2013 might be all shit. People might not want to watch television ever again after 1 December on the basis that free to air TV is not worth watching. That it is commercial crap rather than because of digital.

I haven’t opened it yet, it’s still Schrodenger’s letter. So maybe inside is the network’s summer season programming and an ultimatum from the government that if we don’t start watching they’ll cut it off. Something about Teletext? Something about the internet? Something else, like what the government intends to do with the old frequencies when they end transmission? Somehow I doubt it.

Do I really need to open it?

It’s going to be disappointing and make me angry – and probably for what it doesn’t say. It will be patronising, it will be terse, it will be dissmissive, it will surely be all this and more. If it says they’re abolishing TV then that’s the end of these TV Review blogs for
starters. TV dinners? TV movies? Babysitting and every other function of TV? Basically – and not to overstate this – but this is the end of everything we have known.

TV doesn’t so much schedule programmes as it schedules people. Most of the population to some degree align their work and actions to coincide with TV shows and not the other way around. If it’s not on TV it never happened. If TV isn’t happening then how will anything else happen? Who will teach us our first words, how to think and what to buy all our lives!?

File under bad letter. But I can’t return it either, there’s no address on it – just the website. It’s a letter about television with only a website as an address. If that’s the future then why are they pissing about with Freeview at all?