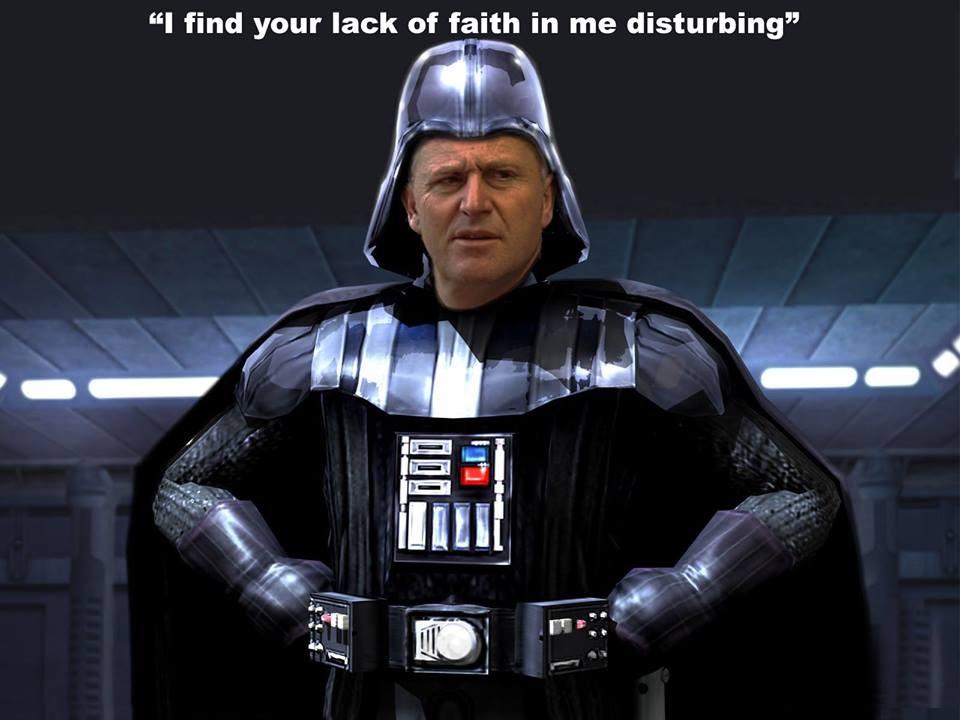 Mr Key says it could be a television reality show called Parliamentary Idol, with the three MPs demonstrating to New Zealanders how much they loathe each other.

Which is kind of ironic really, as Key’s own rise to power as leader of the National Party happened under less auspicious circumstances, involving secret plotting  behind closed doors; lies; duplicity; and rolling then-National leader, Don Brash.

Key wasn’t very upfront to the public or media, or even his own then-leader at the beginning, as this October 2006 NZ Herald report by Audrey Young, showed,

Beware the ides of November, Don

An attempt within the National Party to topple leader Don Brash could be mounted next month.

The backers of National finance spokesman John Key have already taken soundings among caucus colleagues. It is understood they were taken four weeks ago but nothing came of them.

However, internal speculation is mounting of a stronger bid for the leadership being attempted by Mr Key next month or at the start of next year.

Mr Key did nothing last night to hose down the speculation, being less than emphatic at dismissing talk of a possible attempt in November.

“I have never had that raised with me,” he said. “That is speculation I can’t comment on and I don’t know whether it is accurate or not but I don’t anticipate that being the case.

“I’m supportive of the leader and I don’t anticipate that position changing.“

Key’s “support” for his leader was so sincere that a month later, Don Brash was rolled and replaced by… John Key!

Key, 45, was voted leader by his National parliamentary colleagues in Wellington today, replacing Don Brash who quit last week. Bill English, who was ousted as leader by Brash in 2003, was named deputy leader and will take over from Key as finance spokesman.

At least Labour’s leadership contest is out in the open; open to public and media scrutiny; and will be democratically decided. This is a milestone in New Zealand politics, with  the Greens the only other political party to decide their leadership by member’s ballot.

By contrast, seizing power via a coup hardly seems a fair; open; or democratic process. Indeed, one might question if Key really has a moral mandate to lead his own Party?

Perhaps this is a salient lesson that Key should take on-board, instead of indulging in school-yard petulance.

Then again, I suspect  Key’s pathetic attempt to deride and dismiss Labour’s new leadership process is stressing the Prime Minister as he  foresees his own political demise come the next election?

After all, Key did make this pledge to the electorate in 2011,

Prime Minister John Key has all but confirmed that the general election will be in late November or early December and he has indicated he will leave politics if he cannot lead the country to a second term in Government.

He also said he had made it reasonably clear that he did not want to revert to being Opposition leader.

“I don’t think it suits me as a person. I’m not a negative person and a lot of Opposition is negative.”

The election of a new leader for Labour isn’t just a new beginning. It heralds the end for Key’s political career.