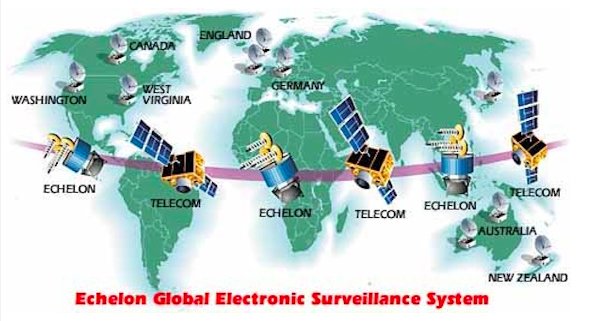 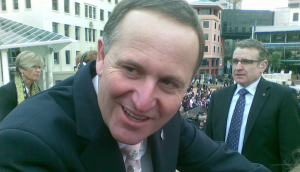 THE CONTROVERSY about the latest GCSB legislation is a much healthier debate on the erosion of civil liberties than we’ve had for any of the previous legislation passed in the wake of the terror attacks on the US in 2001.

Each of these bills extended the powers of government agencies to spy on New Zealanders. But John Key is not happy so we have the –

See more details of these laws below – it’s a rough summary rather than a definitive description of each piece of legislation but it underlines the importance to roll back the surveillance state.

(EDITOR’S NOTE: If you need to zoom in on these tables, click here to download the pdf.) 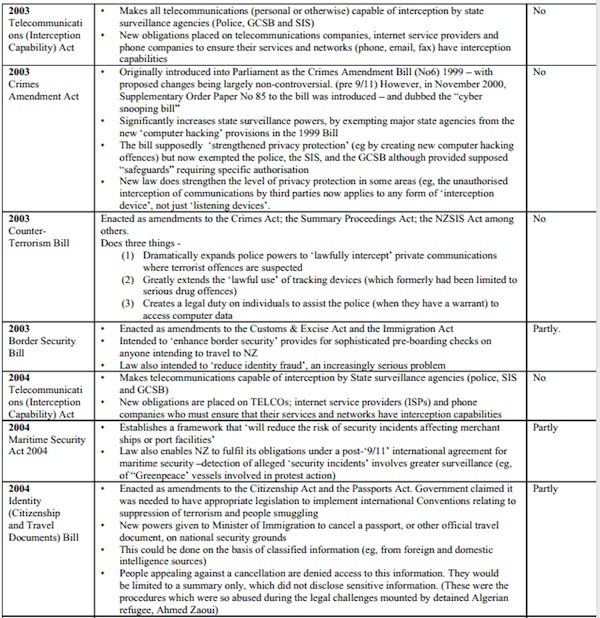 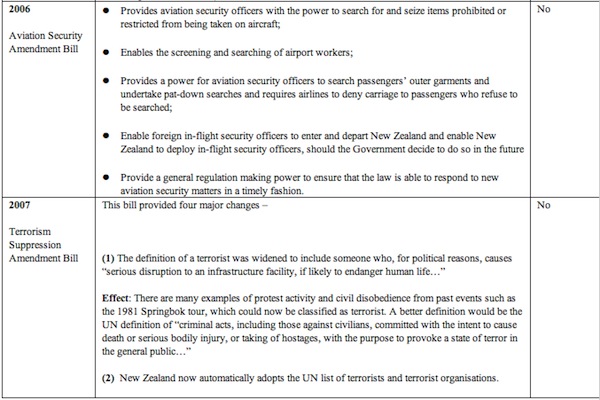 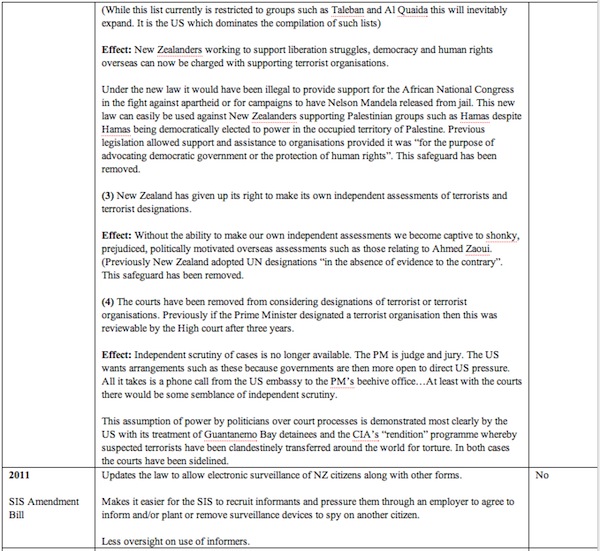 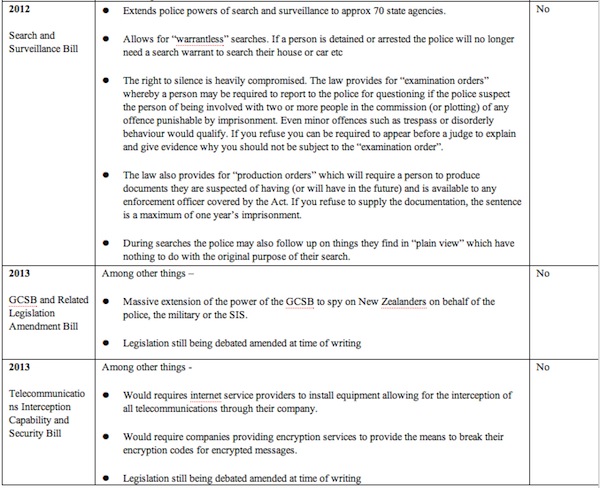