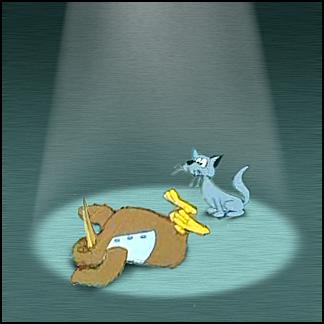 Serious question: is TVNZ a public broadcaster? In the spirit of the BBC, PBS and ABC?

MTS is committed to public interest television. TVNZ’s commitment to the same is waning, if non-existent. MTS screens and has screened Native Affairs, Songs From The Inside, the Sunday night documentary slot (including He Toki Huna New Zealand in Afghanistan), the Tuesday night film festival slot (including The Shock Doctrine) and other public interest shows including rolling coverage on Waitangi Day and ANZAC Day. I can’t point to a similar commitment at TVNZ.

MTS receives $16.6m in direct funding from the government, $16.1m from Te Mangai Paho for in-house productions and approximately $20m from a contestable fund administered under Te Mangai Paho. TVNZ 7 (the former non-commercial broadcaster) cost approximately $15m a year. When TVNZ 7 was decommissioned, the $15m it cost to run could have been transferred to MTS. After years of on a funding freeze, MTS could have created a separate channel, but it was an opportunity lost.

It’s not as far-fetched as it might sound. MTS lacks the funding to produce the quantity that New Zealanders expect from a public broadcaster, but with extra funding MTS could reach critical mass. The culture and expertise needed to sustain public interest television already exists, the money doesn’t.

In 2009 an economic impact report prepared by Business and Economic Research Ltd found 84% of New Zealanders thought MTS should be a permanent part of the New Zealand broadcasting landscape. The report also found that each year from 2004 to 2008 the activities of Maori TV and associated production companies resulted in the 500 to 600 full-time equivalent jobs. MTS makes economic sense, doesn’t it?

But public interest tv isn’t about the economy. Well, not in a strict sense. The government’s broadcasting policy should serve the community. A fully funded public broadcaster under the management and governance of Maori Television would deliver a channel that serves the community better than TVNZ.