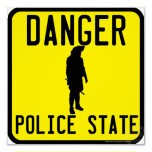 So the damning and highly critical IPCA report into the Urewera terror raid has finally been released, and it turns out the only bloody terrorists were the NZ Police.

The NZ Police knew this would look bad and pulled every trick in the book to delay the IPCA report so that as much time as possible could occur between their actions and the public hearing how badly they screwed up.

I never felt warm as an activist over what Tame Iti and his merry militia did here. I believe we battle for change with better articulated ideas than the right wing and I would never touch a gun for political purposes while NZ has a representative democracy. Do I think they were running a terror camp? Of course not, but I certainly didn’t agree with the gun training and by doing so they warrented scrutiny by the Police. If this was the National Front caught doing the same thing, I’d want those buggers kept an eye on as well, but beyond justifying Police interest, none of those arrested or the Tuhoe community the NZ Police terrorized deserved what happened on that day.

In a situation uncannily similar to the very same incident Tuhoe had their lands confiscated for, the NZ Police invaded and terrorized the people of Ruatoki and Taneatua. They did so based on illegal surveillance (which was later astonishingly made lawful by John Key via retrospective legislation) which led to the unlawful detention of NZ citizens, the unlawful detention of children, the exposure of children to dangerous situations by state officials, the illegal search of citizens, the illegal photographing of citizens and children denied water and food during detention.

It was a phenomenal abuse of state power and makes mockery of the claims that Tame Iti and his associates were the terrorists, it was the NZ Police who were spreading terror that day.

I also find the idea that Helen Clark had no idea this was happening as difficult to believe as John Key having no idea the case against Kim Dotcom was happening.

So why? Why the hell did any of this actually happen? In the 9/11 world, all security apparatus went on a hunt for the enemy within. This fiasco cost $14million, that’s a figure the MSM haven’t managed to catch up with yet, but it helps explain why this abomination was allowed to occur.

After wasting $14million the Police had to justify the staggering cost. It couldn’t have just been some militant lefties role playing in the woods with a couple of heavy criminal associates, oh no, for $14million it had to be a terrorist training camp with a plan to violently over throw the Government.

Within this context you can immediately see how out of their depth the NZ Police quickly found themselves in and instead of admitting they were wrong, lashed out and concocted a fantasy terrorist world to justify the price tag.

The terrifying part of this is that instead of being chastised, punished or having their powers limited, the National Party have granted the NZ Police (and the GCSB) vast new powers to spy on us all.

If the NZ Police have proven how utterly incompetent under the old surveillance powers they are, Christ only knows what these thugs will get up to now Key has granted them the Eye of Mordor.

The very least the Government can do here is offer compensation for those unlawfully detained by the Police. If this had happened in Remuera, if the NZ Police had pulled this shit in a well to do white suburb, everyone involved in the decision would have been sacked and prosecuted.

Why hasn’t that happened here?

The hideous irony is that it was the NZ Police who were the terrorists that day.