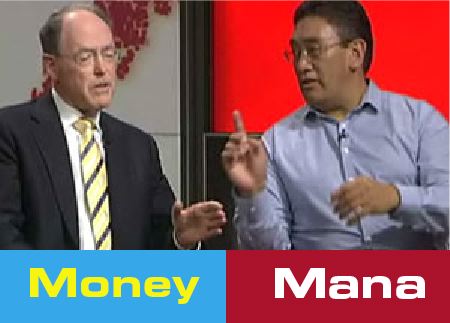 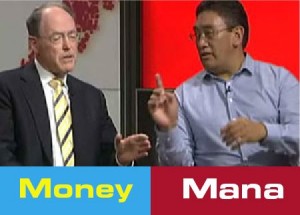 I know it’s a bit late to be writing about the Budget which, a week on, is already old news.
But I’ve been thinking about it some more, especially after having had the privilege of being a panellist on TV1’s post-Budget Q & A discussion on Sunday.

For the Government, Bill English waxed lyrical about the ‘toolkit’ of planning law reforms and changes to Reserve Bank criteria which he says are going to ensure 39,000 houses are built in Auckland over the next three years, and put heavy reliance on the usual Treasury job forecasts which are about as reliable as an online guide to winning lotto numbers.

In fact, National’s Budget will only serve to deepen levels of unemployment, homelessness and poverty. Entrenching Paula Bennett’s welfare reforms with English’s ‘relentless focus on work’ without any concomitant commitment to job creation only means that low wage workers and beneficiaries will be recycled in and out of the same low paid, insecure jobs.

The removal of long term security from all state housing tenants means that they too will be recycled – into and out of affordable homes. As soon as people claw their way into a job and a reasonable income their housing security will be torn from them, with the likely result they’ll be back in the same stricken circumstances from which they first scrabbled their way into a state house.

What’s more, 500 new state houses and 3000 new state house bedrooms (yes, bedrooms) to be provided in Auckland over two years is a pitiful response to the desperate shortage of affordable housing in our city.
National’s ongoing war on the poor continues unabated, its goal of turning New Zealand into a millionaire’s cosy playground seemingly unstoppable.

From the other side of the House, David Parker and Russel Norman spoke enthusiastically on Sunday about ‘balancing’ and ‘rebalancing’ the economy, picking up on National’s own past Budget jargon without compunction.

Neither once mentioned the impact the budget will have on low wage workers, beneficiaries and unemployed people – or offered any response in key areas where National is on a brutal rampage, like welfare, tertiary education and employment relations law reform.

On the critical issue of housing, both spokesmen pushed a capital gains tax on investment properties as a top priority, with seemingly no awareness of the fact that while this would certainly be worthwhile in the long run, ultimately it would be a drop in the bucket in terms of addressing current need in any meaningful way.

Russel Norman spoke twice about New Zealand in these terms:

“We’re currently a loss-making company of $10 billion a year …”; and – as putative Minister of Finance – “I’ve just announced my plan for my business, which happens to be NZ Inc.”

David Parker finished the Q & A interview with a classic, “The divides in politics are not enormous,” in context a remarkably telling statement.

Indeed, David is right. What are these parties more worried about – ‘NZ Inc’ – or feeding the kids?
NZ Inc is irrelevant in terms of what’s happening for the poorest people in our country.

Compare this chat about toolkits, rebalancing, and NZ as a ‘loss making company’ to Mana’s response to the Budget.

“If I was John Key or Bill English, I would hang my head in shame because under this budget 270,000 kids will still be in poverty today, tomorrow and next year,” said Hone Harawira.

Hone goes on to talk about the need for 10,000 state houses a year to be built for the next ten years, about the vital need for a government funded feed the kids programme, and the critical importance of job creation and training support for the tens of thousands of young unemployed.

All political parties except Mana now seem to have placed a priority on attracting the votes of the centre and the centre right for next year’s election.

Meanwhile, the centre keeps moving to the right and the non vote among the disenfranchised grows larger as more and more people lose any faith or hope in politicians and parties who in practice don’t do anything to help.

In this evolving and dangerous scenario, most parties are scrapping among themselves for the same centre and right votes – because these people do vote – while a larger and larger percentage of the population fall into alienated poverty.

Mana seems to be the only party giving precedence to what really matters as opposed to discussing the technicalities of a system which was only ever designed to help the rich get richer.

In the end, the truth is that in most years national debt goes up or down; the tradable sector does better or worse; and the budget is more balanced or less balanced.

What doesn’t change is the number of children – and adults – living in poverty, and the ever deepening inequalities in our society.

None of the things Bill English, David Parker and Russel Norman talked about last Sunday will change the fundamentals, like the need for a major redistribution of wealth and power in favour of those who have least of both.

The only party even remotely talking about this is Mana.

I think this is a real shame and an indictment on the narrowing down of ‘mainstream’ parliamentary politics to the point where a rather large number of persons and parties are dancing on a neoliberal pinhead.