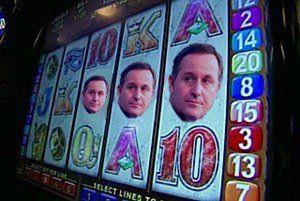 Sky City is a well known laundromat for crime. They wash their cash through the casino to legitimize it. The Greens have previously called for the law to be changed so that Sky City can pay their proceeds of crime to the Government…

Greens call for law change to crack down on criminals
There are fears of money-laundering if gamblers can cash in tickets at unmanned kiosks. SkyCity should be forced to pay back the millions of dollars in criminal profits spent at the casino instead of gaining Government concessions for a proposed $350 million convention centre, says the Green Party.

…since then of course Key has handed Sky City a ticket to print money from the cancer of gambling for 35 years with the pokies for convention centre deal. Part of that is allowing cashless gaming which will enable criminals to wash $14 000 per month through this new process.

For Sky City it’s a win/win. They get to con gamblers into spending more while keeping its attractiveness to the criminal fraternity.

If the Police are now able to seize assets and property by moving the evidential threshold from beyond reasonable doubt to the balance of probabilities, why aren’t they kicking down the front door of Sky City and arresting every executive? Can any of them honestly pretend not to know that some of their high rollers aren’t criminals…

An accused drug ring leader used Auckland’s SkyCity casino as his office to plan P deals and enjoy a “high-roller” lifestyle, police say. The man is accused of being the central figure in a drug bust codenamed Operation Ice Age, and is on trial at the High Court at Auckland with four others on methamphetamine charges. Crown prosecutor Mina Wharepouri told the court that Tac Kin Voong spent most of his time at the SkyCity casino during the six months police had him under surveillance. Voong used the casino as an office from which he would make calls on his cellphone to obtain methamphetamine, arrange meetings for drug deals and organise payment, said Mr Wharepouri. He said that when arrested in his SkyCity hotel room, Voong had $11,000 bound in casino paper, a P pipe and a small amount of the drug. In an interview with police, Voong had denied being a drug dealer, but explained his apparent success as a gambler at the casino. He had said “he was so successful that he was able to employ other persons to play the slot machines on his behalf. And by using this approach he had won a number of jackpots,” said Mr Wharepouri. “Consequently, he enjoyed a lifestyle much like that of a high roller.”

…Tac Kin Voong was using Sky City as his office for dealing P. How did they seem to miss that?