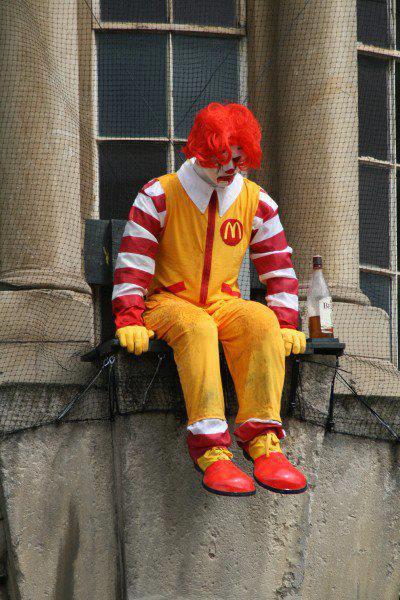 The dispute between Unite Union and McDonalds this time around has become a much nastier affair than previous industry protests. Beyond the push and shove of offer and counter-offer at the negotiating table, the current issues have been exacerbated by a very heavy handed Police presence.

The Auckland Police have had an odd response to protesters in the city of late. The Auckland University assaults last year where Police arrested almost 50 students and the punches meted out at the TPPA protest have seen the Police attempt to escalate rather than just keep law and order.

The over the top response the Auckland police have given the Unite protests has to be seen to be believed.

Here is a photo from last week… 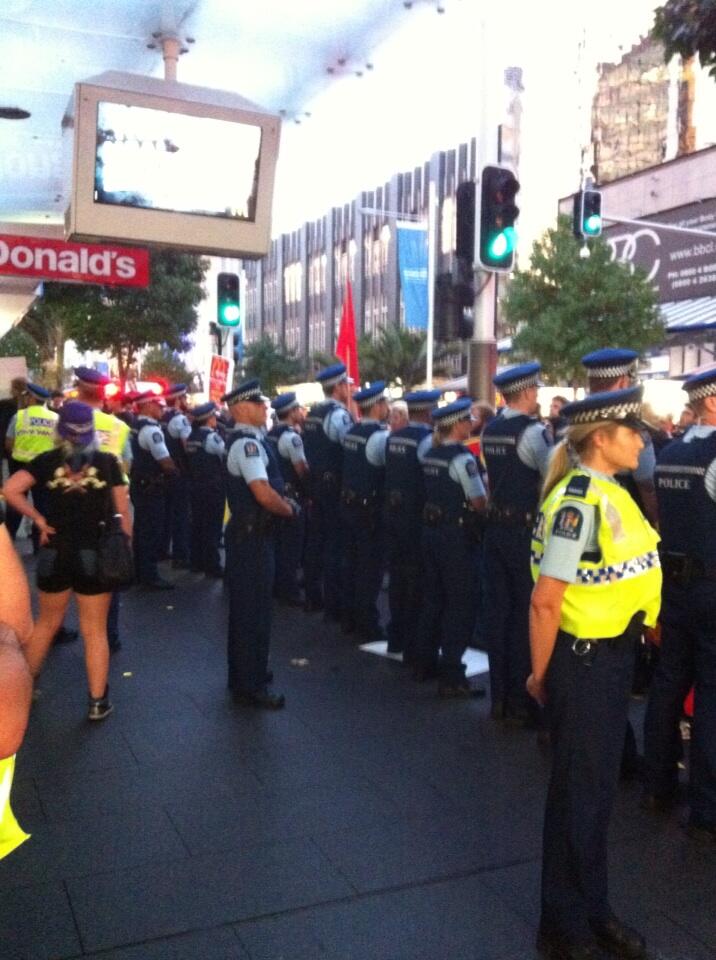 …note that most serious assaults wouldn’t see this many cops. This is what corporate money buys you in protection and it shows a certain vested interest.

This relationship can be targeted when looking for explanations of the rough treatment the Police have handed out to Union members and supporters during this dispute.

The abuse the Police are handing out looks less like the protection of business and more like a ‘you scratch my back, I’ll scratch yours’ relationship.

Unite have even had to go so far as write the Police a letter asking them to tone their attitude down. The NZ Police have traditionally sided against the workers in any dispute, we all accept they are there for the companies when it comes to industrial disputes, but to suspect the Police are applying extra force because they have a vested relationship with McDonalds is queasy.

Do you want lies with that?