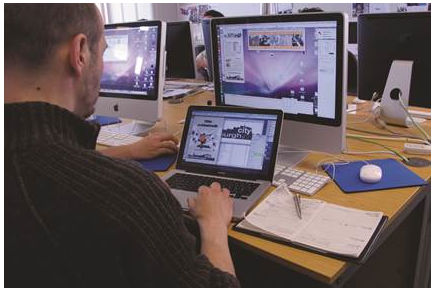 HOW FAR AWAY are we from the collapse of news and current affairs journalism? How much longer can New Zealand’s major media companies afford the huge investment in highly skilled and experienced professional journalists? Already the newsrooms of our major daily newspapers have shrunk to a sad fraction of their former size. Radio and television newsrooms are following the same depressing trajectory.

But, if the market no longer rewards media companies’ investment in core journalistic skills and experience, then, eventually, the resources currently devoted to news and current affairs will be re-directed elsewhere, towards more profitable activities.

Does that mean the public will no longer have access to the full spectrum of news and current affairs?

No. But it does mean that news and current affairs will come from sources not subject to the same market influences and constraints that are currently gutting media companies. The gathering of news, the conducting of investigations and the commissioning of critical commentary will still go on, but only on the basis of substantial subsidisation.

To a surprising extent, this subsidisation is already happening. In ministerial offices, the communications divisions of public agencies and the public relations departments of large private sector corporations, a whole lot of journalism is regularly going on. Unfortunately none of it is fair, balanced or reliable. It is, however, the sort of “journalism” more and more of us are reading.

Without the constant stream of media releases from politicians, public agencies and private companies the contemporary newsroom simply could not function. These days there just aren’t enough journalists on most media company’s pay-roll to replace the stories currently supplied by Spin-Doctors and PR-Flacks.

With an increasingly small number of exceptions (like Parliamentary Press Gallery journalists) the modern “reporter” has become little more than a processor of media releases. He or she might have sufficient time for a bit of paraphrasing, maybe a quick phone call to the person whose name appears at the bottom of the release, but that’s about it.

And the need to keep the modern media company’s website constantly supplied with new and exciting “content” has only made things worse.

At the moment, therefore, the subsidisation of the news media by taxpayers, rate-payers and consumers occurs – but it is hidden from public view. People reading their newspapers, listening to the radio or watching television still believe that the information they’re taking in is the product of uninflected journalistic effort.

They couldn’t be more wrong. Print, radio and television journalists no longer really gather the news, they merely process the material – or get directed to the events – that some other journalist (or “communications professional”) working in the interests of an entirely separate entity (a political party, investment bank, think tank, oil exploration company) has carefully produced for their consumption.

This is the spin we’re in.

Getting out of the spin is going to require a shift in people’s expectations of the conditions under which the news is gathered and processed – and who pays for it.

In the latest edition of North and South, free-lance journalist, Duncan Greive, examines the illogicality and unfairness of the current system of media subsidisation in New Zealand. Why, he asks, is funding made available through NZ on Air for the production of public interest programmes for free-to-air broadcasting, but not for similar public interest projects in print.

His solution is straightforward:

“For a broadcaster, like TV One, TV3 or Mai FM, read a publisher, like the New Zealand Herald, interest.co.nz or North & South. The publisher would tally up the costs incurred in producing a feature or running a column – writers, researchers, sub-editors, photographers – and submit them to an NZ on Air-esque body for approval. To ensure its accessibility to all, you could require it to be available on a free, permanent online archive – where it would likely outlive broadcast content, thanks to the written word’s ability to be more easily indexed and searched.”

What Greive doesn’t explore is the associated risk this sort of public funding would pose to the independence and quality of everything else that appeared in print. How to avoid the situation developing in newspapers and magazines that has already largely debased free-to-air television. Where all the time not allotted to supposedly high-quality, publicly-funded local programmes is given over to lowest-common-denominator crap.

Surely it is time to simply accept that the news and current affairs we need and expect in a modern democratic nation will only be produced when all the hidden subsidies currently provided by private influence peddlers and political obfuscators are replaced by completely transparent subsidies drawn from the public purse and paid into a large, politically independent news gathering and disseminating organisation. A sort of New Zealand Press Association – only bigger, better equipped and much more generously resourced.

Such an organisation would serve the world of print journalism in much the same way as Radio New Zealand-National serves the world of radio journalism. It’s presence wouldn’t prevent alternative sources of news and current affairs from starting up, but its affordability, size and quality would very quickly make it the bench-mark for full-spectrum news coverage and critical current affairs.

Journalists in newspapers and magazines could then be liberated from their media-release processing role and finally begin to do the things that made them want to join the profession of journalism in the first place: holding the powerful to account, and ferreting out the stuff that somebody, somewhere, would rather we didn’t know.