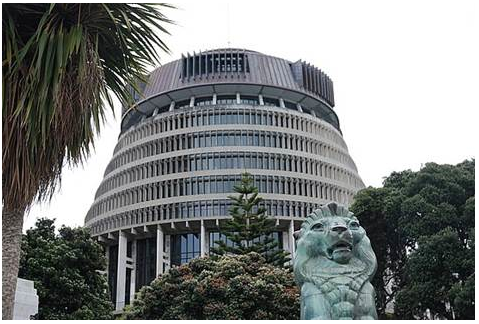 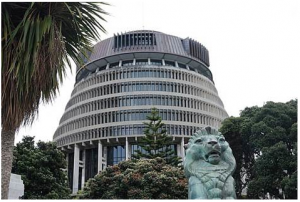 SOMETIMES IT PAYS to read important government reports in detail, rather than rely on the executive summaries which their author’s so helpfully attach for the convenience of hard-pressed, deadline-driven journalists. This is especially true of Rebecca Kitteridge’s Review of Compliance at the GCSB. Because, when it comes to national security, the situation is a whole lot worse than we thought.

The first clue Ms Kitteridge supplies is her reference to something called the New Zealand Intelligence “Community” (NZIC). This new kid on the national security block is the sum arrived at by adding the parts known as The NZ Security Intelligence Service, The GCSB and the Department of Prime Minister and Cabinet (DPMC).

If you found that last listing a little disturbing, try the operative national security component of the DPMC, the Officials Committee for Domestic and External Security Co-ordination (ODESC) on for size.

ODESC’s governance ODESC(G) is vested in the Chief Executive of the DPMC (Andrew Kibblewhite) the Committee’s Chair, the Secretary of the Treasury (Gabriel Makhlouf), the State Services Commissioner (Ian Rennie), the Chief of Defence Force (Lt-General Rhys Jones), the Commissioner of Police (Peter Marshall), and the Secretary of Foreign Affairs and Trade (John Allen). The Directors of GCSB (Ian Fletcher) and NZSIS (Dr Warren Tucker) are not members, but attend most meetings.

According to Ms Kitteridge, ODESC(G)’s role (as agreed by Cabinet in February 2010) is “to focus on systemic governance including performance monitoring, oversight, priority setting and allocation of resources across the New Zealand Intelligence Community (NZIC).”

In July of 2012 the DPMC added a further “group” to its burgeoning national security apparatus. The National Cyber Policy Office, headed by Paul Nash, is charged with: “the oversight and coordination of the development, implementation and review of national cyber security policy and strategies”.

Few New Zealanders would have the slightest idea that the Prime Minister and his Cabinet have such a comprehensive national security apparatus at their disposal.

When Ms Kitteridge refers to an intelligence “community” she’s not kidding. Gathered around the Executive Branch of the New Zealand Government is a truly impressive array of individuals and institutions devoted to preserving both the internal and external security of New Zealand. Even more impressive (some might say frightening) is that a fair proportion these officials (and practically all of those involved directly in security and intelligence matters) are answerable to just one person: the Prime Minister, John Key.

And Ms Kitteridge’s Review makes it very clear that, from the first months of John Key’s ministry, all of the groups constituting the NZIC have been subjected to a formidable process of bureaucratic co-ordination:

“In June 2009 Cabinet initiated a review of the intelligence agencies, which was conducted by Simon Murdoch on behalf of the State Services Commissioner. The review proposed a number of initiatives to improve efficiency and co-ordination of the NZIC. The review also recommended strengthening governance, management and co-ordination arrangements, including adding a governance arm to the Officials Committee for Domestic and External Security Co-ordination.”

This was followed, just three months later, by another review entitled A National Security and Intelligence Framework for New Zealand. Authored by Michael Wintringham (a former State Services Commissioner) the review considered the NZIC’s role in supporting a national security system:

“There is now a much more systematic framework for examining national security risks and prioritising work to mitigate them, including the NZIC’s roles of watch and warn, reducing vulnerability, and developing counter-measures.”

Ms Kitteridge concludes this section of her review with the following observation:

“There is no doubt that these reviews resulted in a better co-ordinated, more effective, more efficient and accountable NZIC. Real change has been evident in the way that the community operates as a collective, resulting in better use of scarce resources in the interests of New Zealand’s national security. The fact that my review identifies issues and recommends changes concerning compliance at GCSB should be seen in a larger context of very significant, ongoing efforts to improve the performance of the NZIC as a whole.”

Whatever the GCSB Act says, and regardless of the repeated assurances given to the people of New Zealand by their political leaders, it is very clear that the two institutions generally supposed to carry out the functions of preserving New Zealand’s internal and external security – the SIS and the GCSB – have long ago been stripped of their operational independence.

Perhaps it was always thus: what ruler has not lusted for information about his or her political rivals and opponents? And isn’t the civil servant foolhardy enough to object to such intelligence-gathering all-too-easily replaced? What is new at the Prime-ministerial and Cabinet level is the formalising of what, in the past, was a largely informal (and plausibly deniable) system of political spying.

Between the Prime Minister and the actual agents on the ground (or sitting in front of the GCSB’s computer screens) recent changes have inserted a whole new layer of policy advisers and co-ordinators. The SIS and the GCSB may still supply the eyes and ears and the technical expertise, but their missions are no longer assigned by Dr Tucker and Mr Fletcher. Today’s spymaster is ODESC(G).

And ODESC’s targets are not “international criminal networks”. (That’s the job of Kim Dotcom’s Police friends at OFCANZ, the Organised and Financial Crime Agency of New Zealand.) From the mid-1990s, the focus of the national security apparatus has shifted. From thwarting foreign spies, it priorities have turned towards protecting New Zealand’s principal economic interests from the “subversive” actions of internationally connected NGOs and activists.

Translated into today’s political and economic environment that means keeping a close watch on all those opposed to state asset sales and the Trans-Pacific Partnership. Joe Carolan and Jane Kelsey beware!

It’s also worth noting, perhaps, that the news media’s earliest stab at the code-name of the nationally co-ordinated “anti-terrorist” arrests of October 2007 was “Operation O-Desk”. Wrong name – right committee.

Given the location of the command and control nodes of New Zealand’s national security apparatus in the DPMC, it is absolutely absurd for the Prime Minister to plead ignorance of its targets and operations. How conceivable is it that any of the men and women of the New Zealand Intelligence “Community” are going to involve themselves in domestic operations without the express prior authorisation of Prime Minister Key – the man to whom they are all, ultimately, responsible?

What we are witnessing at present is a frantic effort to mask and minimise the extraordinarily damaging exposure arising out of the Dotcom extradition case. Though you’d never guess it from our news media’s incurious coverage, New Zealand is going through a “Watergate Moment”. Kim Dotom’s lawyer, like the alert security guard at the Watergate Hotel, has sprung the spooks mid-mission.

With the concerted application of the right sort of political pressure, the entire NZIC – including its legally dubious tradecraft – could be fundamentally (and quite possibly fatally) compromised.

Ms Kitteridge’s assurances that all potentially illegal operations have been suspended should be accepted. While the spotlights of the news media and the parliamentary opposition swing wildly across the national security landscape, nobody in the NZIC can afford to take any chances. The slightest suggestion of a rogue operation and who knows how many “disgruntled employees”, threatened with restructuring and impending redundancy, might decide to pick up their whistles and blow!

Hence the mad rush towards a comprehensive legislative fix. The de facto unification of New Zealand’s security and intelligence work, under the rubric of ODESC and the DPMC, needs to be given de jure protection – and fast!

Behind the scenes, the Prime Minister and his community of spooks must be down on their knees, praying that their left-wing opponents continue to waste their collective energy pursuing Ian Fletcher and the GCSB.

Believe me, comrades, they are the least of our worries!