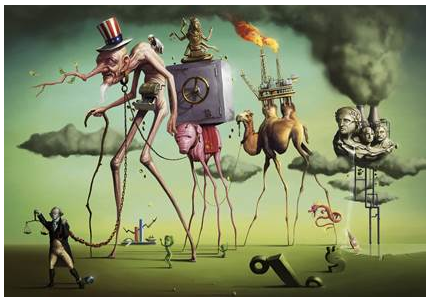 ON THE EVENING of 11 June 1903, a determined group of Serbian army officers shot their way into the royal palace in Belgrade. Hearing the gunfire, King Alexander and his wife, Queen Draga, hid themselves in a secret room adjoining their bedroom. Inevitably, the pair’s hiding place was discovered and they were brutally murdered – shot and hacked to pieces by at least a dozen assailants. The King’s and Queen’s blood-soaked bodies ended up several floors below on the palace lawn. The jubilant killers celebrated their night of butchery with champagne.

This horrific tale of political blood-lust was compounded by the complete failure of the Serbian authorities to apprehend and prosecute the individuals responsible. The crime, which shocked and sickened the whole of Europe, went entirely unpunished.

The conspirators were always confident of getting away with their crime. Had his rival, Alexander, not been murdered, Serbia’s new King, Peter, would have remained crownless. The assassination plot similarly allowed the hitherto suppressed Radical Party to restore the kingdom’s liberal constitution and become Serbia’s next government. The newspapers, no longer subject to Alexander’s censors, were also reluctant to criticise the conspirator’s actions. Just about everyone, it seemed, had a reason to let the matter drop.

Only a handful of Serbs were prepared to describe this new, regicidal, Serbia honestly. Founded upon treachery and murder, it was a political and legal abomination. But the few brave souls who went further – demanding that the regicide conspirators be brought to justice – were themselves assassinated.

And so the conspirators embedded themselves ever more deeply in the organs of the Serbian state. Their leaders were not only untouchable, but they were also convinced that as “the saviours of the nation” they had an unimpeachable right to control its destiny. Secretive and increasingly influential they steadily expanded their power to become a virtual state-within-a-state: a cancer on the Serbian body politic that its official leaders were too frightened to remove.

In June and July 1914, the official Serbian state’s failure to move against the regicides of 1903 proved fatal to the peace of the world. Indeed, nearly 100 years later, the consequences of the conspirators’ murderous acts – which led directly to the outbreak of the First World War – are all around us.

THE UNTOUCHABLE CONSPIRATORS responsible for the 1903 murder of the Serbian royal family, and again, eleven years later in Sarajevo, of the Austrian Archduke, Franz Ferdinand, and his wife, Sophie, are described in the opening chapters of Christopher Clark’s excellent new book, The Sleepwalkers: How Europe Went to War in 1914.

Reading about these events, I began to wonder if something similar hadn’t happened here. Like the unpunished Serbian regicides, have the ideological extremists who launched the neoliberal revolution of 1984 been permitted to create and expand their own “state-within-a-state”? Is it possible that, for the past thirty years, a neoliberal equivalent of the Serbian ultra-nationalist secret society, the “Black Hand”, has been intimidating New Zealand’s democratically-elected leaders and dictating official government policy?

It is certainly true that a great many people and institutions benefitted enormously from the brutal murder of social-democratic New Zealand.

The immediate beneficiaries of the neoliberal conspiracy were the companies and individuals who precipitated the speculative run on the New Zealand dollar in the weeks leading up to the snap election of 14 July 1984.

The run was started by the “inadvertent” leaking of Labour’s plans to devalue the currency by a whopping 20 percent. For those in possession of overseas funds it was a sure-and-certain one-way bet. All they had to do was wait until the Muldoon Government fell and collect their winnings.

So incensed was Muldoon by this bare-faced economic blackmail that he refused to follow the incoming government’s advice. A financial crisis rapidly morphed into a full-blown constitutional crisis. After hours of rising tension, Muldoon’s colleagues collectively prevailed upon their leader to back down. The proposed 20 percent devaluation was duly effected.

The speculative run on the Kiwi dollar cost the New Zealand taxpayers hundreds of millions of dollars. Determined to find out why, the newly-elected MP for Sydenham and Chair of Parliament’s Finance and Expenditure Select Committee, Jim Anderton, launched an investigation. After just a few hearings, however, the Committee’s inquiry was shut down. The Labour Cabinet didn’t like where it was going.

But if currency speculators were the first to be rewarded by Labour’s sudden conversion to neoliberalism, they were by no means the only ones. With Muldoon’s controls on interest rates, prices and wages now targeted for destruction, money-lenders, retailers and wage and salary earners all stood to benefit from the old order’s demolition.

David Lange and Roger Douglas were hailed as “saviours of the nation”.

Meanwhile, the true conspirators slipped quietly away from their jobs in the Treasury and the Reserve Bank and took up key strategic positions elsewhere in the civil service. Some ended up in the newly corporatized state departments, the business sector and right-wing think tanks. Many more reached out to the heads of New Zealand’s largest companies and drew them into the rapidly unfolding neoliberal revolution. Newspaper editors, broadcasting bosses and working journalists were similarly recruited to the cause of rapid and far-reaching change.

By the early 1990s these neoliberal networks had become so extensive, and were wielding so much influence over New Zealand society that dislodging them would have required a counter-revolution of equal thoroughness and power.

Neoliberalism had permeated and reshaped every major institution in the land – from the universities to the trade unions. Even at the levels of primary and secondary education the ideology was hard at work. The business-funded programmes of the strongly neoliberal New Zealand Enterprise Trust made sure that every Kiwi kid got a go at playing business entrepreneur.

So powerful had the original conspirators become that not even prime ministers could master them. When David Lange finally realised the nature of the beast he’d unleashed, his own caucus refused to help him drive a stake through its heart. National’s Jim Bolger also paid a high price for attempting to restore “the decent society”. Not even his coalition with Winston Peters’ NZ First Party could save him from the wrath of Jenny Shipley and her true believers. With the fate of her predecessors clearly before her, Helen Clark was careful not to alter the default settings of the neoliberal state.

And so we remain enthralled to what has become an unchallengeable economic and social orthodoxy. Neither the stockmarket crash of 1987, nor the Asian Crisis of 1998, nor the Global Financial Crisis of 2008, has shaken the faith of the conspirators. Evident economic failure in the form of mass unemployment, rising child poverty, homelessness, massive public and private debt, a collapsing manufacturing sector and a rapidly deteriorating natural environment is simply construed as proof that what New Zealand needs is not less neoliberal shock-treatment – but more.

Like the Serbian regicides of 1903, New Zealand’s neoliberal conspirators of 1984 have thwarted every attempt to stand them in the dock of history.

The world paid a high price for Serbia’s unwillingness to bring evil men to justice.

New Zealand, too, is paying a high price. The steady deterioration which neoliberalism has wrought in the quality of our national life cannot be remedied until we New Zealanders rediscover the collective courage to confront and hold accountable the conspiratorial minority who, for nearly thirty years, have enslaved us to their fanaticism.