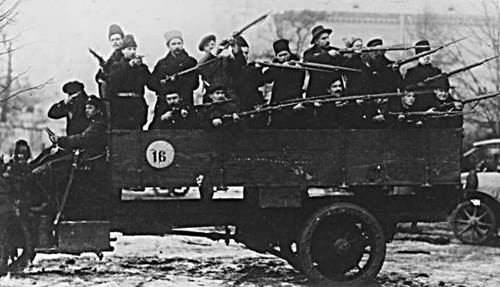 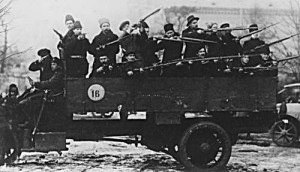 IF A DYING IDEOLOGY is identifiable by its need to falsify reality, then its greatest enemy must surely be the truth.

This observation is as applicable to the neoliberalism of today as it once was to Soviet communism. As an ideology’s power to explain reality and point the way forward falters, its willingness to entertain alternative explanations and prescriptions evaporates.

Ideological alternatives are useful only for as long as the policies they produce continue to alienate and inflame the mass audiences upon which revolutionary politicians depend.

The economic policies of Sir Robert Muldoon, for example, actually served the purposes of his neoliberal critics. So extreme had his attempts to control the New Zealand economy become by the early 1980s that the Opposition Leader’s, David Lange’s, caustic observation: “You can’t run a country like a Polish shipyard!” was loudly endorsed across the political spectrum.

But what is to be done when the King, the Tsar, the Prime Minister is gone? How should the new institutions replacing the ancien regime be shaped? For those who are absolutely convinced that they possess the only viable blueprints, the suppression of all other possible designs becomes a matter of vital importance.

The politicians and bureaucrats who drove through the Nazi Revolution gave this process of suppressing all alternatives a name: they called in gleichschaltung – meaning “co-ordination”, “making the same”, “bringing into line”.

During the six years of the Fourth Labour Government, New Zealand underwent its own process of gleichschaltung. Bureaucrats, policy analysts, activists, journalists and academics who demurred at the harsh ideological prescriptions of the Treasury Department were eased aside, replaced – or simply fired.

Keynesian economists, in particular, were regarded as a deadly threat to the neoliberal agenda. While many of them had been bitter critics of Muldoon’s handling of the economy, they were by no means convinced that the new orthodoxy emanating from Treasury was any better. The then head of BERL, Brian Easton, and Victoria University’s Professor of Economics, Bryan Philpot, were “co-ordinated” into impotence.

Inconvenient voices advocating policies designed to put an end to unemployment and poverty likewise had to be silenced. Thanks largely to the state-funding which had, under Muldoon, sustained its many component organisations, the Unemployed Workers Movement had grown into a powerful pressure group. To remove this thorn in its side, the Labour Government quietly abolished the Temporary Employment Programme upon which the leading UWM activist, Jane Stevens, and many of her comrades, had depended for their personal economic survival.

The greatest potential threats to the ideological hegemony of neoliberalism in New Zealand, however, came from the two great public broadcasters, TVNZ and Radio New Zealand.

With most Kiwis relying upon television for their news and current affairs information, TVNZ was simply too important to leave in the hands of those committed to “public service” broadcasting.

By 1989 it had been transformed into a commercially-driven SOE – bound by statute to the model of private-sector business practice and expected to return a handsome annual dividend to its Minister Shareholders.

These structural changes notwithstanding, pockets of critical journalism remained within the sprawling institution. When one of these, the Frontline programme, produced “For the Public Good”, a shattering critique of Labour’s neoliberal transformation of New Zealand, the resulting political firestorm saw its production team dismissed and its producer, Murray McLauchlin, driven into exile.

The point was taken.

Radio New Zealand proved to be a much more difficult nut for the neoliberal establishment to crack. Beloved by the educated middle class, any and all attempts to gleichschaltung it into neoliberal conformity were met with staunch resistance. It stands now, almost alone among the agencies of the state, in much the same condition as it was when the neoliberal revolution began in 1984.

Alone – but not forgotten.

In his latest column for the Nelson Mail and the Manawatu Standard, staunch neoliberal commentator, Karl du Fresne, advises the next, soon-to-be-appointed, CEO/Editor-in-Chief of Radio New Zealand to bring the organisation into line with the ideological realities of John Key’s and Steven Joyce’s New Zealand.

“So what might the new RNZ chief executive do to enhance the organisation’s standing in a political climate that is less than favourable? One obvious step is to take a tougher line against the editorial bias that still permeates some RNZ programmes.”

And what bias might that be? Why, left-wing bias – of course!

“Public broadcasting organisations, by their very nature, tend to be left-leaning. Australia’s ABC is perpetually under fire for partisan reporting and the prevalence of left-wing views in current affairs programmes; Britain’s illustrious BBC only slightly less so.”

And does Mr du Fresne have anybody in mind when he talks about “left-leaning” broadcasters? Oh Yes, he does.

“Kim Hill is the worst offender. This is a problem for whoever runs RNZ, because she’s also its biggest name.
“Chris Laidlaw lists to the left too, as does Jeremy Rose, a journalist and producer who frequently crops up on Laidlaw’s Sunday morning show. Rose appears to be on a lifelong mission to convince people that there are humane alternatives to nasty, heartless capitalism, and assiduously trawls the world looking for examples (worker-owned co-operatives in Spain are a favourite).
“He’s perfectly entitled to believe whatever he pleases, of course, but he has no right to co-opt the resources of RNZ to pursue his fixation. It’s an abuse of power to use a taxpayer-funded medium to promote pet ideological causes.”

Like so many of his neoliberal colleagues in the news media, Mr du Fresne would be hard put to recognise the irony of that last statement. To him, neoliberalism – which has never attracted more than 1-2 percent support from the New Zealand electorate – is not and never could be a “pet ideological cause”. To Mr du Fresne, neoliberalism is simply the way the world works: as blindly indifferent to the criticism of human-beings as the weather and the tides.

Not for him the healthy contest of ideas or the testing questioning of a critical intelligence. No. To Mr du Fresne, Kim Hill, Chris Laidlaw, Jeremy Rose and (Lord spare us!) Kathryn Ryan, are voices without legitimacy: wilful heretics who dare to challenge the majesty of neoliberal thought.

The sad thing is that Mr du Fresne is, in every other respect, a fine journalist. As such, his aim should be directed at those who wield power – not those who interrogate it. Sadly, it was ever thus. The best Soviet commissars were always drawn from the ranks of those whose behaviour they were appointed to monitor and correct.

Neoliberalism may have replaced Soviet Communism as a world ideology, but its fear of those who dare to challenge it with the truth is just as great.