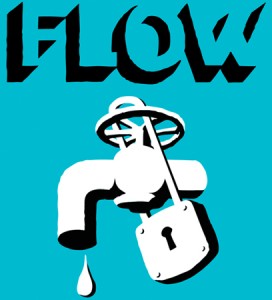 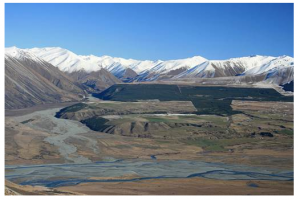 BACK WHEN Matthew Hooton and I were writing columns for the Sunday Star-Times, Federated Farmers invited us to address their Executive Council. John Key’s National Party had just won the 2008 election, so you can imagine the atmosphere.

My strong impression that the state and the ruling class, after a forced separation of nearly a decade, had once again merged was not lessened by the presence of Connor English. He looked so much like his brother, Bill, that I had to remind myself several times that the person I was speaking to was not the new Minister of Finance, but the Chief Executive of Federated Farmers.

I came away from that meeting with one very clear impression. Farming’s future profitability was inextricably bound up with the management of water. If the National Party-administered state was to have one over-riding imperative in the coming decade, I strongly suspected it would be to guarantee the nation’s farmers unimpeded access to, and control over, New Zealand’s water resource.

And so it has proved. Water, and the conflicts which inevitably arise over its protection, conservation and use, lies at the heart of the National Party’s “reform” of the Resource Management and Local Government Acts. It was the motivation for Dr Nick Smith’s and David Carter’s suspension of the democratic processes at E-Can – the Canterbury Regional Council. And it’s the driving force behind the farmer-friendly changes to New Zealand’s freshwater management regime announced last Saturday by the Environment Minister, Amy Adams.

In its relentless drive to get water to farmers, the Government has been forced to develop an elaborate array of masking devices. The most successful of these masks is undoubtedly the Land and Water Forum.

Presented as a new and progressive means of achieving consensus on land and water use, the Forum drew into its discussions just about every group with a stake in the future of our waterways.

It was a body from which no interest group could afford to stand aloof, but at the same time, it was also a body without the slightest ability to decisively influence the decision-making of Government. To get anything at all, interest groups lacking the structural clout of farmers, energy generators and developers had to offer concessions. In doing so, however, the conservationist lobby surrendered much of its freedom of action.

When the Government spoke in glowing terms of the Forum’s willingness to compromise, what option did the conservationists have except to shut up and smile?

And now they are caught, as they were always going to be, in the Government’s carefully constructed web. Ms Adams is being highly selective in her adoption of the Forum’s recommendations. The measures advanced by the conservationists, and agreed to by the farming, energy and development representatives, have not made the cut.

In the words of one of the participants, Bryce Johnson of the Fish and Game Council:

“It’s appalling that this Government is trying to dupe the public by saying it is ‘improving’ the [Water Conservation Order] process when in reality its plans will render WCOs useless as a tool to protect rivers from a greedy few for increased irrigation and intensive farming. Make no mistake, this is all about escalating the public water grab for private industry.”

The conservation groups attempting to protect New Zealand’s water resources from over-exploitation and pollution are caught in a vice. On one side, the Government is strengthening the power of central government to over-ride the rights of those affected by the plans of private industry. On the other, it is giving the ultimate responsibility for conserving (or not) our lakes, rivers and streams to local government.

In the areas most likely to be affected adversely, these bodies are dominated by the local representatives of large-scale farming and commercial interests. The Government’s proposed changes deny conservationists the right to challenge these local councillors’ decisions or seek to have them overturned in the Environment Court.

And if, in the unlikely event of a local authority ending up with a majority of councillors determined to resist the demands of local farmer and business elites, well, this government has already demonstrated its willingness to dismiss such irritatingly literal executors of the people’s will and replace them with appointed bureaucrats absolutely bound to do their masters’ bidding.