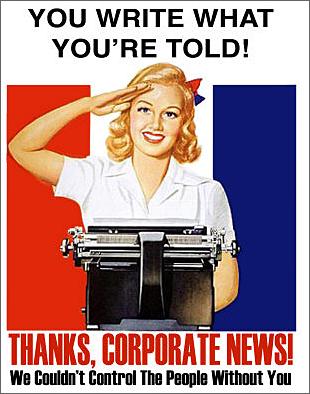 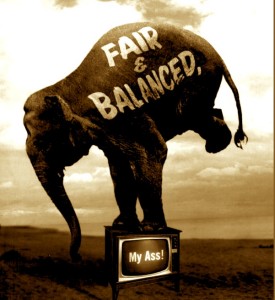 (journalism) The disclosure of any connection between a reporter (or publisher) and the subject of an article that may bias the article.

The recent admission of NewstalkZB Breakfast host Mike Hoskings that he was a supporter of the National Party and recommending people vote for the National party is a rare disclosure from a NZ press celebrity of their political connections.

If I asked who the TV political journalist is whose father is a government M.P., would you know who that is? Would you find it strange someone who is covering politics may have a huge conflict of interest?

Would you be a little wary of his reporting?

I know NZ is a small country, but at least if journalists have full disclosure of their connections at least we know they are coming from, and can then decide if we want to accept information as totally above board.

When I was working on ‘Good Morning’ I was surprised to see Barry Soper over the moon after recieving a text from his ‘friend’ John Key. Whilst I am well aware politicians keep journalists as pets to use them to leak stories, I could see no gain for Barry in maintaining a ‘friendship’ with the Prime Minister. He believed I was being far too precious and stated that journalists are always going to be friends with politicians.

I believe this is wrong.

If a journalist gets info on a ‘friends’ political party or an event that will impact on them in parliament, are they going to give them a heads up on the info, or publish? Knowing the politician and journalist are friends totally makes me question the journalists motives in all their dealings with the politician. But I only know about this because I happened to question Barry on why he was getting friendly texts from the Prime Minister, there has been no disclosure of ‘friendship’ to the public.

And what happens when a political journalist is sleeping with an M.P? Is this their ‘private time’ so none of out business? If the journalist is writing about their partners work, and their is no full disclosure of the ‘relationship’, is it possible to accept the journalists work without endless eye rolling and seeing the work as compromised? If journalists are open about who they are ‘involved’ with, I am fine as they have disclosed the fact. But if they have never addressed it in public, and continue to write about their ‘partner’, I find their work easy to dismiss as they are not being honest with their audience with a fact that does change the context of the work.

Oh, and finally to return to Hosking being open about his support of the National Party and telling people to vote for them. I think it is safe to assume he has a bias favouring National and we should maybe take his ‘journalism’, like the Herald, as being pro the National Party. If this was not already quite obvious. And as ‘journalists’ in this country seem unacquainted with the notion of disclosure of connections, ALWAYS be aware of who owns the media.

FULL DISCLOSURE – I have worked with everyone in this article except Brook Sabin.