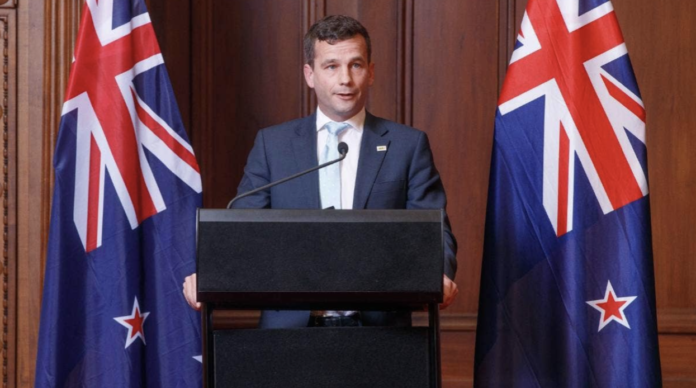 There was a moment about a week ago that I felt a sense of political relief.

Labour had finally signalled that they would kick the Hate Speech landmine into touch by not passing any legislation before the election.

This after multiple private warnings to Labour that the only winner in a free speech debate would be ACT and that our activist base could be counted on to be so alienatingly woke that the middle would recoil electorally in fear into the wide open arms of the right once the middle understood that the Woke were triggered into seeing disagreement on social media as persecution hate crimes.

I feared ACT would gain enormous power from a Free Speech fight while exposing the more puritan and cultish extremes of our special cancel culture warriors.

That Labour had begrudgingly agreed and quietly ‘parked’ it was of enormous relief as it allowed the protections that are required for minority groups to be built without starting a culture war! Everyone in a liberal progressive democracy deserves the same agency. Muslims, Queer or Trans people shouldn’t feel abused and threatened or frightened of simply being in public.  Graeme Edgeler has written extensively upon this and makes excellent points on how we could balance freedom of speech with the right to not feel threatened. The debate must be focused on anti-harassment, not free speech! It must also be focused on better public broadcasting and more regulations on social media (including taxes to fund that journalism) to stop the algorithms from weaponising debate.

So I felt immense relief that we wouldn’t be handing ACT political ammunition they could use in the increasingly polarised 2023 election campaign.

The relief evaporated yesterday with ACTs astonishing broadside on biculturalism…

A new ACT Party policy calling for “a referendum on co-governance” has been branded “divisive”, “bigoted” and “appealing to racists” by the Māori Party.

ACT leader David Seymour has proposed that the next Government should pass legislation “defining the Principles of the Treaty [of Waitangi]” and then hold a referendum on whether it should become law.

“This is what we did this with the End of Life Choice Act, Parliament passed the law and the people ratified it at referendum,’’ he said.

“The great promise of New Zealand is that everyone’s equal. For generations people have travelled long distances to give their children a better tomorrow in this little country where everyone gets an equal chance.

“Today, Labour is trying to make New Zealand an unequal society on purpose. It believes there are two types of New Zealanders. Tangata whenua, who are here by right, and tangata tiriti who are lucky to be here.”

To date David’s race baiting has been all smart arsed under graduate garden variety bigotry.

He’s called for a bullshit law to strip the Treaty out of legislation when he knows and I know and you all know that he could never ever do that because it would start a race war in NZ.

So David has been promising red meat fantasies to an angry white electorate which he knows he can’t really ever give them which makes his proclamations seem like jokes when people are actually hurting.

Calling for a referendum on co-governance, a concept that hasn’t really been explained by the Government while the activist Left are constantly looking for targets to proclaim holy woke war against is the spark that will ignite a terrible political backlash.

Previously David was promising tricks, but as the economy tanks, as people’s pain is open for manipulation, the sanctimonious beauty of calling for ‘debate’ on the attempts to repair the damage to the minority from the majority will take a terrifying life of its own.

David doesn’t understand the forces he is about to let loose.

I believe co-governance is a strength, not a weakness!

In my entire 48 years of life, I as a Pakeha male have never once been penalised in any way shape or form by any measure to help Maori!

I don’t see co-governance as the apartheid some see it as.

Likewise with 3 Waters and the claim it’s Māori stealing the water.

We wouldn’t be having discussion over who owns the water of John Key hadn’t sold our hydro assets!

Māori are a break peddle on neoliberalism and their views can ensure privatisation and foreign ownership stops!

$1.4 Billion for confiscating the majority of NZ??? What is most egregious is that some Pakeha have the audacity to claim that pathetic reparation is a ‘gravy train’.

An Upper House would be seen as a guardian of the Treaty for the maintenance of public well being over private gain, it would show real power sharing and for Pakeha, it would represent a political body that protects their public interests as much as Maori interests.

Now do I for one second believe we can have an actual debate on these very important topics?

The activist Left will go into a spinning death feeding frenzy of outrage while those who secretly burn crosses will have a field day under the fake veneer of ‘debate’.

This is going to be a cluster fuck of madness that Seymour will not be able to contain once he releases it.

The only hope we have is to actually step up and debate the issue in good faith because co-governance IS a unique strength that can build us, but we need the skills to debate without alienating which will play into the hands of extremists.

Comrades, I don’t think we are ready for this Jelly. 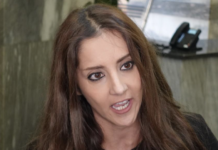 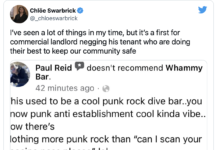 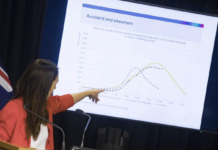