OAMARU likes to think of itself as the “steam-punk” capital of the world. It certainly has plenty of the whitestone Victorian and Edwardian architecture needed for such a project. It has also made room for the requisite collection of amiable eccentrics and creatives required to flesh-out the standard steam-punk narrative. As harmless games of dress-up go, everything seemed quirkily benign.

But, that was before Covid.

Walking around the North Otago town’s “Victorian Precinct” in early January the anti-vaxxer vibe was unmistakable. It wasn’t just the signs welcoming “everyone” into the market stalls and boutiques that gave the anti-vax sentiment away, but the defiant stares their owners levelled at the tourists. Some of the retailers almost seemed to be daring the out-of-towners to make an issue of the fact that their QR codes had mysteriously gone missing.

Oamaru’s whitestone Precinct is an enclave for aging alternative life-stylers. The air is filled with the scent of patchouli and hand-crafted leather. There are troll figurines and fairies for sale, alongside crystals and dream-catchers.

In the North Otago artist Donna Demente’s “Grainstore Gallery” it is difficult to resist the whiff of magic that permeates not just her paintings and papier mâché sculptures, but all the weird and wonderful nineteenth and twentieth century bric-a-brac among which her artworks nestle. For all its steam-punk machinery, the Precinct smacks more of Pre-Raphaelite sorcery and enchantment than Victorian science.

The intrusion of QR codes and Vaccination Passes into this world was never going to be welcomed with open arms. Even among the vaccinated, one suspects, there would have been a strong sense of disappointment. Like when some kill-joy suddenly turns on the electric lights at an intimate candle-lit party.

Covid-19 must have burst into the Precinct with all the sensitivity of a drugs bust. Rules and regulations, masks and jabs, and precious little tolerance for those whose understanding of health and wellbeing embraces wholesome food, sunlight, and midnight swims with dolphins. The eccentric steam-punk scientists may have accepted the rationality of mass inoculation, but the hippies and herbalists clearly remained unconvinced.

Magic only works in circumstances where people are willing to suspend their disbelief and set their imagination free. The possibility of catching a dangerous disease – even among the ornate “Oamaru stone” facades of the Precinct – is simply not conducive to turning-on, tuning-in, and dropping-out of the workaday world.

What Covid meant was that just about everybody suddenly stopped “playing”. The childlike wonder which had been the common currency among those who stepped across the invisible boundary separating twenty-first Oamaru from its nineteenth century forerunner was replaced with the impatience and intolerance of visitors determined to “stay safe”.

No wonder the aging hippies and herbalists, funky craftspeople, magical artists, and amateur baristas felt affronted and disrespected. No wonder some of them felt compelled to make a stand against the rules and regulations pouring out of Wellington.

And if the cotton-print stall-holders and bearded wood-carvers glared with barely concealed hostility at the loud and decidedly unenchanting Aucklanders – who could really blame them? 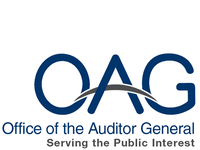 Response To David Seymour – Office of the Auditor-General 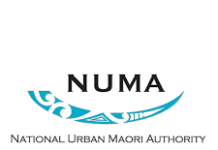