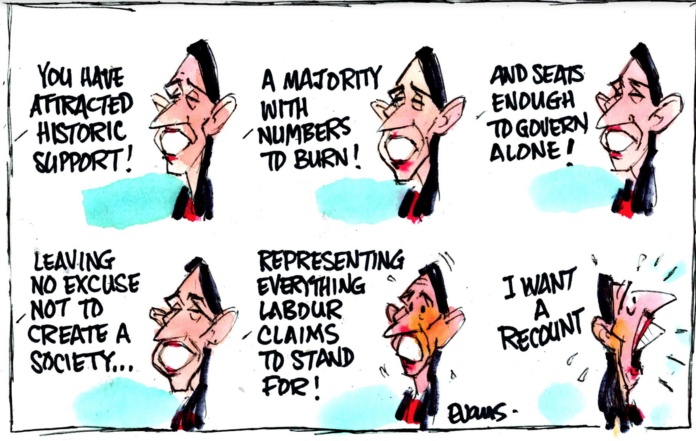 The new poverty stats are out…

Child Poverty Action Group (CPAG) welcomes the release of the Child Poverty Monitor today, which shows that prior to the Covid-19 pandemic, poverty reduction targets were largely on track for Pākehā children, however significant inequities remained for tamariki Māori, Pacific and disabled children.

Data collected prior to March 2020 shows that material hardship rates – defined as regularly going without six or more items deemed as ‘essential’ – were 1.7 times higher among tamariki Māori (19.5%), and over double the rate among Pacific children (26.7%), compared to the national average (11.3%).

…and they are way worse beyond the identity politics lens!

The knee jerk position by many on the identity politics left is to cry out about Maori regarding any issue. That means the debate quickly deteriorates into arguing whether or not the issue is racist, which has everyone retreat to their defensive corner decrying everyone else in the debate as racist.

We do it with poverty, justice, housing and we are doing it with vaccine hesitancy.

The problem with that is it misses the huge chunk of poor white people who also have poverty, justice and housing problems, many in numerical numbers larger than Maori.

By painting every issue about Maori it allows the rest of us off the hook while providing a stick to bash Maori with!

By constantly screaming vaccine hesitancy is a Maori and Pasifica problem, we let 317, 544 Pakeha off the hook!

…Yes, proportionately these stats hit Maori hardest, but by allowing that to decide the entire focus of the debate we ignore the far larger numerical problem of those issues impacting poor White families and that allows an escape to scrutinize what’s really happening.

By constantly blaming Maori we can’t see that this is a failure of neoliberalism that cascades across race.

It’s not an identity issue, it’s a class issue!