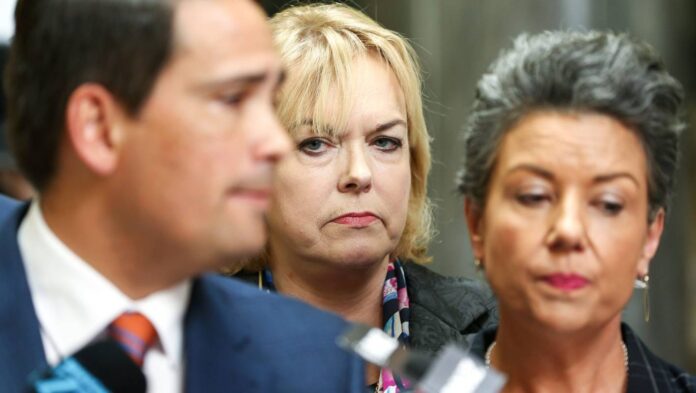 I asked someone today what they think when they hear the name Judith Collins. Nastiness was the answer and I think this is how she will be remembered, not only by her political opponents in Labour but by a big chunk of her National Party colleagues.

Judith Collins has defined her political career with negativity through attacks on those she saw as enemies.

She won’t be remembered for pushing or championing any particular policy on any issue because she didn’t. Instead her political career is associated with appealing to the baser instincts of conservative New Zealand. She gained media coverage, and lots of warm applause at National Party conferences, when she was beating up on beneficiaries, gang members or boy racers. She loved the limelight associated with “punching down” – picking on the marginalised, low income families whose lives had been screwed over again and again by successive Labour and National governments.

Picking on the victims of government policy is cheap and nasty politics. And behind the scenes she was much the same with her intense political relationship with Cameron Slater as exposed in Nicky Hager’s Dirty Politics.

She loved the sport of politics, not the substance. She seemed bored with policy and her eyes only lit up when she was on the attack – hitting out at someone or some group she was determined to take down. It seemed always personal.

She was tribal National without a coherent, or in fact any, vision for what the country could be. This is a bit surprising given her political idol – the UK’s Maggie Thatcher – always had a clear policy direction to go with her personal vindictiveness. Thatcher drove neoliberal change to enrich the wealthy at the expense of the rest of us but Aotearoa New Zealand already had these policies in place well before Collins was elected. Perhaps Collins thought there wasn’t much left to do.

She loved Thatcher’s style but had no politics to go with it.

In a column last year I described her as a typical low-rent conservative and looking back I think I was being too kind to her. Even in her last toss of the dice in trying to derail Simon Bridges before he could challenge her leadership she was venal and unprincipled.

She brought out the worst in us and if we could learn a lesson from that it would be her most important political legacy.