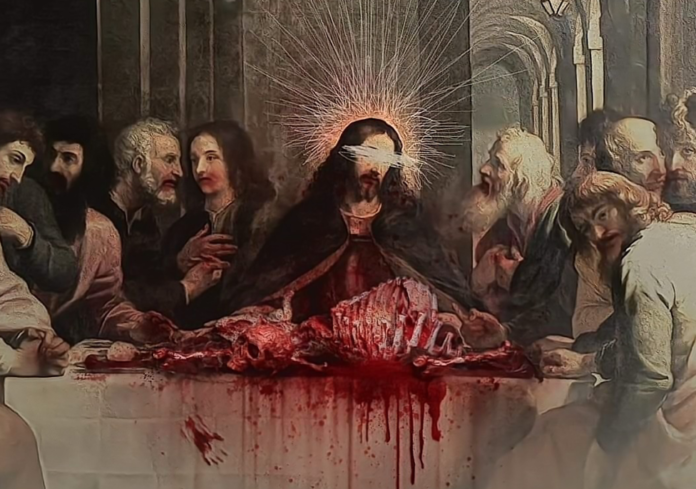 I’m not being facetious with the title.

The sudden radicalization within NZ politics that TDB has been pointing out for some time has exploded across the spectrum and is now a mainstream talking point.

The fact that a hard right Party like ACT are currently on 17% is the 10000 pound albino gorilla in the room which the woke won’t mention for fear of alienating an overweight pigment challenged mammal.

ACTs policies are so fucking far right that they endlessly fly in circles.

ACTs stratospheric rise in the polls started – LIKE I FUCKING WARNED IT WOULD – when the bloody woke identity politics activists went on their deplatforming rampage and tried to strangle free speech off.

I warned the woke at the time that all they were doing was giving ACT the ammunition ACT would later use against us, and that picking a free speech fight with Seymour could awaken a dormant electoral fault line that will bite us in the arse.

Once ACT started registering 2MPs, it became a viable political vehicle for the Gun festishists and David’s ongoing performance has made him the de facto Leader of the Opposition.

Thanks to social media algorithms of hate we are locked into echo chambers that are endlessly radicalizing.

Almost every single splinter group has become radicalized by the 90% double vaccination threshold.

The speed of the radicalization has been driven by the desperation of Covid mixed with fear and rage.

Post me too we had to believe anything anyone said on social media. We had to BELIEVE women. There was no longer objective truth, there was only subjective truth because due process is a heteronormative white cis male privilege and if someone questioned that they were a rapist.

The bewildering venom of the Trans debate and the demand that everyone else be forced to accept an identity subjectively defined by the individual and must never be challenged or you were canceled.

The demand for protection from micro aggressions and trigger free safe spaces.

The identity politics left is as radicalized and operating in their own dimension of reality as much as the feral right.

This deplatforming woke cancel culture is touched on in Bryce Edwards latest blog detailing the wokes attempt to cancel him!

TDB has been warning about this for sometime, that a culture backlash has been building against woke social engineering and that because Identity Politics and not class is the dominant philosophical schism within the Left, we are intellectually too weak to challenge the economic hegemony of neoliberalism and instead pick the low hanging fruit of identity.

This loss of class solidarity is causing the political spectrum to rapidly collapse.

I’m here to tell you that the radicalization in NZ politics is only going to get more extreme.

Who poses a bigger threat to Democracy? AntiVaxxers or The Spinoff & their woke commentariat?

If you look at Toby Manhire’s latest sermon at Spinoff or anything written on Stuff, you immediately see where the woke are now moving in response to the feral protest in Wellington.

While they all acknowledge that there was no actual violence at Parliament (at one point when the protestors knocked over the fence they politely put it back up again), they all focus on the language and hate speech that they believe is an immediate indicator of violence.

Now while I certainly believe there is a growing danger of a political assassination attempt against Jacinda and I have blogged about this, I see that as a lone lunatic from the ever growing number of radicalized individuals going troppo.

The woke will use this feral language as their prime justification for the hate speech law debate next year and argue the only way to stop this feral radicalization is to criminalize the speech.

The woke will re-enter the debate next year empowered with the self belief that if they just criminalize the speech of the right we can all be safe.

Their zeal and cult like identity politics dogma will enrage the right and the debate next year will become violent.

The solution of course is to penalize the social media networks themselves, not criminalize the toxic rantings of sad fuckwits.

Unfortunately there are no more adults left on the left to drive that as the solution.

In 1000 Years of Joys and Sorrows, Chinese artist and activist Ai Weiwei explores the dangers of cultural dogma…

Under the pressure to conform, everyone sank into an ideological swamp of “criticism” and “self-­criticism.” My father repeatedly wrote self-­critiques, and when controls on thought and expression rose to the level of threatening his very survival, he, like others, wrote an essay denouncing Wang Shiwei, the author of “Wild Lilies,” taking a public stand that went against his inner convictions.

Situations such as this occurred in Yan’an in the 1940s, occurred in China after 1949, and still occur in the present day. Ideological cleansing, I would note, exists not only under totalitarian regimes—­it is also present, in a different form, in liberal Western democracies. Under the influence of politically correct extremism, individual thought and expression are too often curbed and too often replaced by empty political slogans.

From the time I began studying China’s quest to intermediate the information space of its domestic internet, as part of my classified work at the NSA, I’d experience an unpleasant spinal tingle whenever I came across a new report indicating that the United States government, was, piece by piece, building out a similar technological and political infrastructure, using similar the justifications of countering terrorism, misinformation, sedition, and subjective “social harms.” I don’t want to be misunderstood as saying “East” and “West” were, or are, the same; rather, it is my belief that market forces, democratic decline, and a toxic obsession with “national security”—a euphemism for state supremacy—are drawing the US and China to meet in the middle: a common extreme. A consensus-challenging internet is perceived by both governments as a threat to central authority, and the pervasive surveillance and speech restrictions they’ve begun to mutually embrace will produce an authoritarian center of gravity that over time will compress every aspect of individual and national political differences until little distance remains.

If you thought getting people to take a vaccination was hard, wait till you tell them you will take away their free speech.

We ain’t seen nuthin yet. 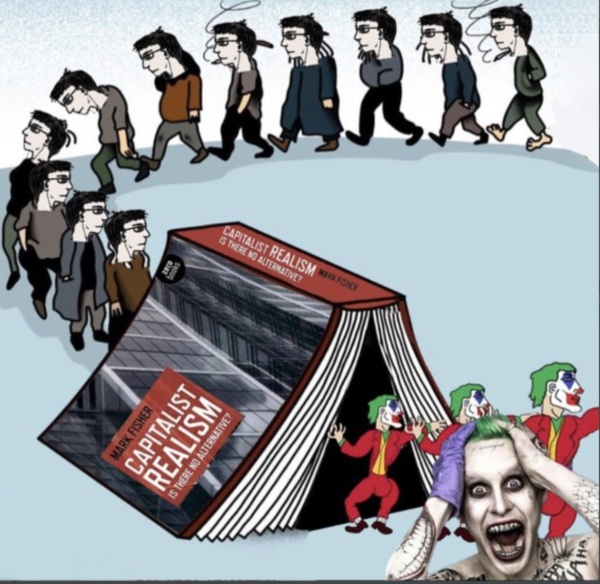