The Reserve Bank has come out with a couple of courageous and ground breaking consultation papers on the future of money, says Positive Money New Zealand national spokesperson Don Richards.

Key to the documents is the clear distinction between ‘central bank money’ – notes and coins issued by the Reserve Bank – and ‘private money’, issued by private entities, mainly commercial banks.  This private money constitutes the majority of our money supply.

“This candid assessment of our banking and monetary system is remarkable,” says Richards, whose group has battled for a decade to explain this distinction and convince the public and politicians that there is a better alternative to our largely private, debt-based money.

The Reserve Bank is running short webinars over the next week introducing the issues and providing further detail on the two papers it has issued. Richards strongly recommends people sign up to attend, “as these are decisions which will affect generations to come,” he says.

Richards says that the two papers, one of stewardship and the other on a proposed Central Bank Digital Currency (CBDC), are also free of jargon and easy to read.

The stewardship paper states that having private entities create our money supply means that their profit imperative outweighs any public good measures and public interventions in the money system is often required.

The second paper on Central Bank Digital Currency (CBDC) goes even further, stating that private money (our digital money for internet banking and EFT-POS transactions) is not legal tender and carries a higher risk profile than money created by the Reserve Bank.

A digital currency issued by our Reserve Bank would be legal tender and provide better security in times of uncertainty.  It would also reduce the too big to fail issue from which some overseas banks have benefited.  The paper mentions that if there is a significant uptake of the CBDC, private banks would be less profitable, but it also mentions that New Zealand banks have “robust profit buffers”.

However, the paper’s most scathing comments are contained in the appendix that looks at the inefficiencies of our payments system.  New Zealand’s prevalence of proprietary owned (closed-source) point-of-sale technology and commercial-bank-owned payments systems makes it difficult for new retail payments platforms, service providers and business models to enter.

This lack of competition has contributed to low incentives to address front-end pain points and frictions or to service low-volume customers, resulting in high card-interchange fees.  These higher fees are predominantly borne by small merchants with little bargaining power, resulting in some merchants refusing certain card payments.

Our position is that the Reserve Bank must take over the payments system as part of its move to issue a CBDC, stimulate innovation and protect New Zealand’s monetary sovereignty.

Positive Money NZ is an independent, non-profit group advocating for monetary reform in New Zealand. Our patron is Bryan Gould, and we are part of a global movement of organisations, the International Movement for Monetary Reform, campaigning to change the way money is created so that money serves society. 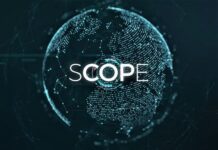 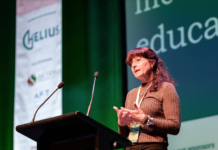