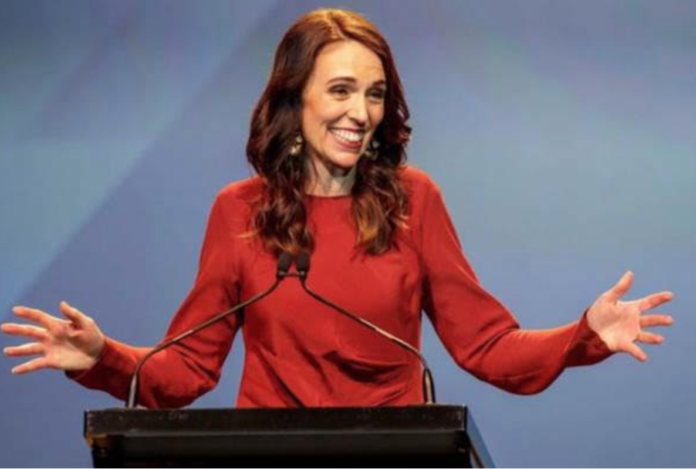 WELL, WELL, WELL, former Labour Party President Nigel Haworth no longer believes Labour’s leaders should be elected by the membership. Yesterday (19/10/21) on Facebook, Haworth called for “a return to the pre-2012 constitutional arrangement in relation to the Party leadership (that is, leave the parliamentary leadership to a caucus decision).” His (rather bizarre) argument was that having the Leader of the Party elected by the grass-roots membership and trade union affiliates – as well as, it should not be forgotten, Caucus members – “had the perverse effect of weakening the Party in relation to Caucus”. This was, he claimed, “a most unfortunate outcome”.

Leaving aside the historical fact that the weakening of the Party in relation to Caucus happened more than 90 years ago, and that the constitutional reforms of 2012 represented (and were understood by most Labour MPs as) a deliberate attempt to strengthen the Party in relation to Caucus, the question arises: Why now? Why has Haworth taken to Facebook with such a controversial suggestion at this moment. Is it merely the rumination of a retired professor? Or is there more to it? And if he is testing the waters, then on whose behalf?

To say that Haworth’s suggestion was greeted with alarm by many Labour members would be an understatement. Indeed, so voluble was the opposition that, barely 24 hours after his first post on the subject, Haworth felt obliged to “explain my thinking” in another.

In its essence, Haworth’s key argument is grounded in the most uncompromising realpolitik. While “well motivated”, he conceded, making the election of the Leader of the Labour Party a “broadly-based democratic arrangement” failed to take sufficient account of “the reality of power.” Curiously, he then chose to expand upon this steely observation with a biblical reference. Caucus’s selection of the Party Leader was, he said, “a version of ‘Render unto Caesar the things that are Caesar’s’” Then, as if quoting Jesus wasn’t peculiar enough, he availed himself of what he claimed to be a Chinese saying: “Leaders come, leaders go, but the Party goes on forever.” Given that the “Party” in question could only be the Chinese Communist Party, Haworth’s thinking appeared to be transitioning rapidly from bad to just plain weird.

Was he presenting the Labour Party as a beatific collection of seekers after truth to whom the grubby realities of power could only offer the most dangerous distraction? Certainly, the biblical quotation he uses lends itself to that conclusion. Because, of course, Haworth only quotes half of Jesus’s famous response to the pharisees who were trying to trap him into saying something against his Roman overlords. The full quote from Matthew 22, reads: “Render therefore unto Caesar the things which are Caesar’s; and unto God the things that are God’s.”

What that means in the context of the New Zealand Labour Party is an intriguing question. Could the quotation be reformulated to read: “Render therefore unto Caucus the things which are Caucus’s; and unto Democracy, the things that are Democracy’s” Hardly, since the thrust of Haworth’s argument seems to be in the opposite direction. In the good professor’s mind the role of God seems to have been taken on by the Party itself. Certainly, Haworth, like the Chinese communists, seems to see the Party as eternal. A living thing that must, at all costs, be protected from the potentially fatal consequences of its political leaders’ actions.

But a living thing that has no other purpose but to go on living, would strike most people as a pretty poor model for an effective political party. It is certainly not how the Labour Party, in those moments when it was able to play a significant political role in the life of New Zealand, would have described itself. At the time of its formation, during the First World War, during the years of the Great Depression, and again in the late-1970s and early-1980s, the Party was a vibrant, self-aware political force, resolute in its determination to change New Zealand for the better.

This was the Labour Party that Margaret Wilson (President of the Party 1984-87) fought to save as the Labour Caucus rolled out Rogernomics. The Party which split. The Party, much weaker now, which guided by the calculating hand of Helen Clark, was able, with a final burst of strength, to strip the leadership from Mike Moore and his fellow Rogernomes. The Party which, having expended the last of its political resources, found itself “linked hip and knee” to a Labour Caucus presided over by Helen Clark and filled with her hand-picked allies. But this Labour Party was not the vitally independent entity of Haworth’s ahistorical imagination. It did not exercise “necessary oversight” over its parliamentary representatives. This Labour Party was the handmaiden of Helen Clark – nothing more, nothing less.

And when Helen Clark departed for New York, it was this Party which slowly and painfully began to re-gather the democratic threads of self-government into its members’ hands. First in the area of Party Policy and then – to the utter fury of many of the people who now occupy the most senior positions in Cabinet – by way of a constitutional struggle to give the people who make the Party: ordinary members and trade union affiliates; a decisive role in choosing the person who will lead them. Or, to put it another way: the Party which demanded the very thing that Nigel Haworth believes Labour’s organisational wing should prize the most: power.

Haworth does not mention Jacinda Ardern, but it is her political star that lights the path of his argument. The present Labour Leader was not elected by the Party rank-and-file, she stepped into the job in extraordinary circumstances. But, it was not those circumstances which made her extraordinary. Ardern represents the forces within the Labour Caucus that (with a huge amount of help from the man himself) destroyed the leadership of David Cunliffe. Her closest allies led the fight against constitutional reform on the floor of the 2012 Annual Conference. And although no one would dispute that the members of the Labour Party love Jacinda – and would elect her in a heartbeat if asked – she is also the one who has, oh-so kindly, and oh-so gently, ushered them out of the spaces where important decisions are made.

Labour has already rendered everything unto Caesar – and Nigel Haworth does not appear to have noticed that, in the process, the Party has rendered itself powerless. 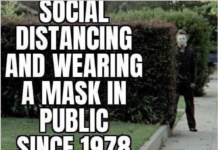 An open letter to my vaccinated and unvaccinated whānau in NZ 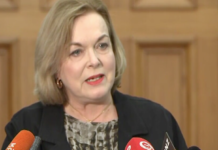