So this is where we are now with Delta is it?

Why not blame the disabled for having wheelchairs while we are at it?

Some on the Right have suggested that if a social  media lynching of the Wanaka wankers was acceptable, then why not mob moles?

What such simplistic thinking from the right misses is the power dynamics at play. The Wanaka wankers were privileged little fuckwits who were fleeing to mummy’s million dollar Queenstown batch, a sex worker pulling tricks for survival doesn’t deserve the same punishment.

On a brighter note, isn’t it neat these women were called ‘sex workers’ rather than prostitutes, oh the progress!

Our rage and fear and anger and economic hurt is making us lash out at everyone and everything.

The psychological damage of 2 months of house arrest is exploding everywhere – domestic violence, terrible acts of violence and a social media lynch mob that would put the KKK to shame.

Add in an antiVaxxer community who fear end of days is near and a double vaccinated majority who want their lives back alongside nauseating woke virtue signalers and we have tsunamis of resentment that will fight for cultural dominance.

Despite an incredible to date Covid response and an impressive ratcheting up of vaccination rates, the damage this has cost us all won’t heal in time for the Hate Speech debate next year.

Surviving the public health emergency and economic blow back of Covid will be one thing, but the psychological scars may never heal.

The specter of a very Covid Christmas looms.

Kindness isn’t easy, it’s hard and it demands more from us. All that can be done is to endure. 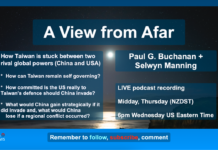 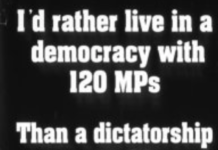 Dr Liz Gordon: MMP, the Alliance and me