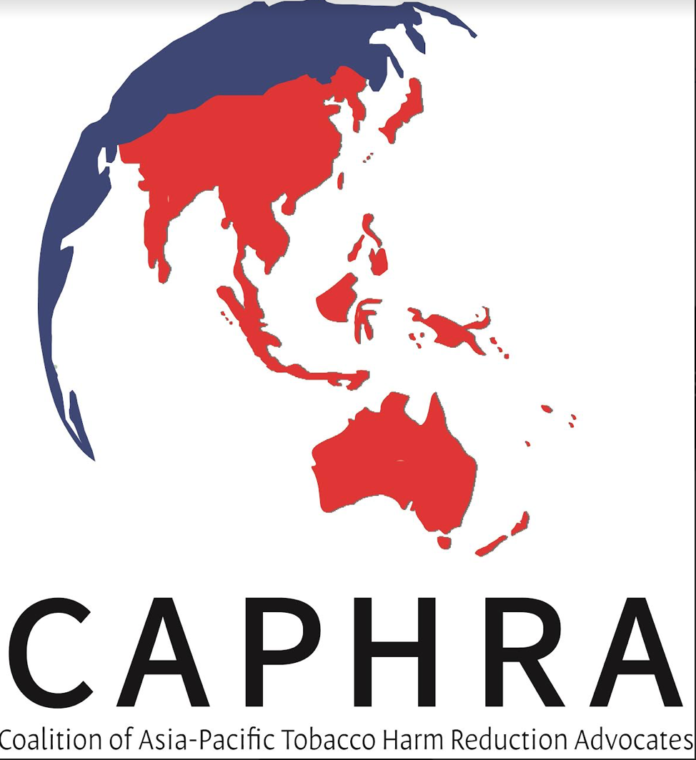 Her comments come as the 13th Asia Pacific Conference on Tobacco or Health (APACT) takes place virtually from Bangkok, Thailand on 2, 3 and 4 September.

A few days later, the World Health Organization’s South East Asia Regional Office (SEARO) will hold its regional conference online from 6 to 10 September, with the Western Pacific Regional Office (WPRO) following from 25 to 29 October. It all culminates with the WHO Framework Convention on Tobacco Control (FCTC) Ninth Conference of Parties (COP9) meeting online from 8 to 12 November.

“APACT has wheeled out a totally predictable programme and line up of speakers who share an irrational and untenable position against safer nicotine products such as vaping. Also, in common is that many, if not most, are longtime Bloomberg grant recipients or indirect beneficiaries. Preaching to themselves in their echo chamber, they continue to ignore all the science and the harm they are causing consumers,” says Ms Loucas.

She says just-released research has confirmed these organisations’ links to American billionaire Michael Bloomberg. To view:https://caphraorg.net/wp-content/uploads/pdfs/clarisse_virgino_research.pdf

With frustration at an all-time high, the 11 member organisations of CAPHRA have now signed The Asia Pacific Declaration calling upon public health experts and governments in the region (WHO SEARO and WHO WPRO designated countries) to put the health of their people first and support Tobacco Harm Reduction.

‘We are extremely concerned that decisions are being made in various conferences and regional meetings that are not considering the body of scientific evidence that proves the benefits of safer nicotine products’, reads the Asia Pacific Declaration.

‘On behalf of the millions of adults who use safer nicotine products, and in support of the 600 million smokers across the region who deserve access to safer alternatives, we call on the Pfizer and Bloomberg funded Asia Pacific Conference on Tobacco or Health to stop pushing failed policies supported by their funders, but rejected by scientists, researchers and leading democracies around the world’, it added.

“We’ve issued this declaration as CAPHRA is desperate to remind Asia Pacific health officials and governments that burning tobacco – or combustion – is the main cause of smoking related disease, not nicotine or inhaling vapour. Tobacco use causes over two million deaths per year in Asia Pacific, and smoking causes the majority of those deaths,” says Ms Loucas.

“We simply want them to recognise that alternative nicotine products are dramatically safer than cigarettes, having already helped to switch millions away from smoking,” she says.

She says Public Health England’s annual reviews of all available evidence have consistently concluded that vaping is around 95% less harmful than smoking. Banning it serves only to protect the cigarette industry.

Consumer groups in the Asia Pacific region have also launched a petition at change.org/v4v-petition that urges the World Health Organisation (WHO) to respect consumer rights and to stop demonizing Tobacco Harm Reduction options ahead of the next WHO FCTC in November.