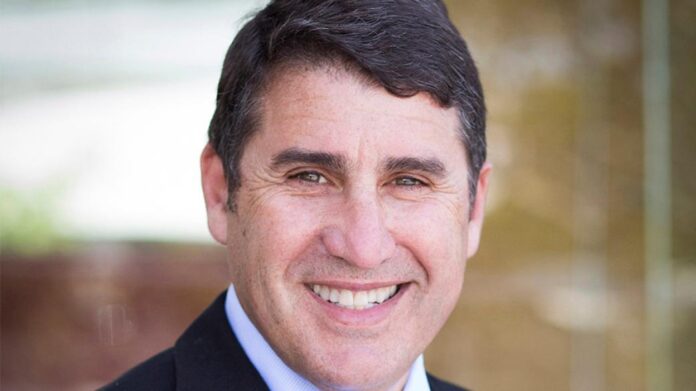 Newsroom’s David Williams has developed a well-earned reputation as a quality investigative journalist, including on health system issues such as the political hatchet job by government on the senior management team of Canterbury District Health Board (CDHB).

Williams has continued this investigative work with a penetrating article (16 August): .

His article commences with a recent clean audit by Audit New Zealand of exit payments to some departing members of that management team following the toxic climate that resulted from the Government’s appointment of Dr Lester Levy as Crown Monitor, along with a new compliant Board Chair, in 2019, and the engagement of Ernst & Young (EY) consultants. Williams then goes on to discuss the wider context of the consequential leadership meltdown with much of his emphasis on Levy.

This got me thinking about the role of luck in health systems (or to put it bluntly, good luck for a few and bad luck for many) with Levy as an intriguing case study of when stars align and then fall out of alignment. This article is the first of a two-part series. It discusses the first and second comings of Dr Levy while his third coming is discussed in Part Two.

According to both Christian and Islamic religions Dr Levy has trumped Jesus Christ. Following his crucifixion we are still waiting over two thousand years later for the second coming of Jesus. In contrast, Levy has achieved three comings within a mere 30 years.

Lester Levy was a high profile supporter of the then National government’s so-called ‘health reforms’ of the 1990s in which public hospitals became state-owned companies governed by both the Companies and Commerce Acts. They were expected to compete both with each other and the private sector.

This market experiment is now generally recognised as a failure because it clashed with the cooperative way in which a universal health system producing a public good rather than commercial commodity needed to work. It ended with the Public Health and Disability Act 2000 which included the establishment of district health boards (DHBs).

This market forces (supposedly competitive) ideology for the provision of healthcare suited Levy down to the ground. In embracing this he provided charm, a particular form of charisma, and media savviness which the government loved.  Although qualified as a pathologist he found management more appealing.

Within a short period of time Dr Levy went from general manager of Tauranga Hospital to hold a senior leadership position in the government’s transition implementation unit for its ‘health reforms. He became a ‘poster boy’ for Prime Minister Jim Bolger’s government.

In July 1993 Levy became the first chief executive of the then crown health enterprise (CHE) called South Auckland Health (subsequently subsumed by the new Counties Manukau DHB in 2001). Notwithstanding a discernible modesty deficit, as Executive Director of the Association of Salaried Medical Specialists (ASMS), I rated him positively as a chief executive.

He had replaced a staid negative leadership culture with one that was liberating and encouraging of clinically led innovation. The adversarial authoritarian style that he exhibited in his second and third comings were not evident at this time (at least to me).

But government enthusiasm for him was waning. Bill Birch, Minister of both Health and Labour, was furious when Levy reached agreement with ASMS over a collective contract that, when rhetoric was stripped away, effectively meant a 20% salaried increase for the overwhelming majority of senior doctors employed by South Auckland Health.

What caused alarm politically and with other CHE leaders (and an anticipated delight to me) was the flow-on effect to ASMS’s collective bargaining with the other CHEs. Levy’s skillset didn’t include labour market dynamics.

Further, Levy played a good supportive role over a patient’s access to dialysis that led to public conflict between renal physicians on behalf of the patient and then Health Minister Jenny Shipley. He backed the physicians. This was the right thing to do but reinforced declining government confidence in him.

After being in this role for around three years perhaps sensing that his luck was running out, Levy subsequently worked in different positions predominantly in the private health sector and also academia. There was some controversy over his performance in the private sector. Although this controversy was reasonably known in the health system at the time, I’m not in a position to offer an assessment.

One person who was highly critical of his performance was Stephen McKernan who was Director-General of Health in the late 2000s. Whatever the reason, Levy was out of favour politically in the late 1990s and most of the 2000s.

The luck of Lester Levy changed for the better at the end of the 2000s. His second coming marked the start of a rollercoaster ride. In June 2009 Health Minister Tony Ryall appointed him Chair of Waitemata DHB.

This was followed by his Ministerial appointments as Deputy Chair of Health Benefits Ltd in 2010 (a top-down national service agency for DHBs that ultimately failed and was discontinued in 2015), Deputy Chair of Health Alliance (shared service agency of the four northern DHBs), Chair of Auckland DHB in December 2010, Chair of the Health Research Council in January 2016, and Chair of Counties Manukau DHB in December 2016.

There was a pattern in his staggered appointments as the Chair of the three metro Auckland DHBs that made what subsequently happened in Canterbury predictable. Levy’s style was simple but effective. First, he would promote a narrative that the DHB he had become chair of was such a financial disaster that it had to be rescued. Second, he was the rescuer or Messiah.

The outcome was that each of the three chief executives soon departed. It was this that was to make him attractive to be subsequently appointed crown monitor at Canterbury DHB.

Lester Levy promoted himself as the financial saviour of the three Auckland DHBs. Dr Michael Gousmett (Adjunct Fellow, School of Humanities and Creative Arts at Canterbury University and with over 30 years’ experience as a company secretary in the manufacturing and retail sectors) has researched Lester Levy’s financial leadership in the three Auckland DHBs for a group of health professionals. It was published by the influential Tuesday Club in Christchurch.

Gousmett’s assessment should be seen in the context of both the financial acumen attributed to Levy while Chair of the three Auckland DHBs and his attributing to CDHB’s former senior management team blame for its deficit level rather than the earthquake recovery.

His assessment included the surplus or deficit for the financial year ended 30 June immediately before Levy assumed the Chair in each of the three DHBs to the end of the financial year (2018) following him standing down from all these positions on 24 January 2018.

Gousmett’s figures are based on official DHB operational financial results before comprehensive income. In 2008 Waitemata had a surplus of $4,639,000. By 2018 this healthy surplus had become a deficit which then dramatically increased to $126,289,000 in 2019.

The 2019 deficits included errors (not attributable to the DHBs) in the application of the Holidays Act to public holidays which Government has agreed to fund separately. This amount would be in the vicinity of 40% of each deficit.

Gousmett asks why these DHBs that had surpluses when he commenced as Chair, were reporting operating deficits after Levy resigned. For Gousmett the test was did Levy’s leadership result in a legacy of improved financial performance by the three Auckland DHB.  As the 2020 financial reports were not available, based on the 2019 reports as the benchmark, Gousmett concluded that the “answer would appear to be no.”

There are two observations that can be made about Levy’s financial management based on Gousmett’s assessment. First, the Ministry of Health was fully aware of the deficit growth in the three DHBs while Levy was their Chair. The Ministry wasn’t prepared to judge Levy by the same yardstick as it judged CDHB’s senior management team. Hypocrisy is an understatement.

Second, the deficit growth under Levy was largely driven by factors beyond his and his DHBs control such as acute admissions increasing at a higher rate than population growth and sustained government underfunding.

However, if senior management is to be blamed for Canterbury’s increasing deficit, then Levy should be equally blamed for the deficit growth in his three DHBs when he was Chair. Words like goose and gander come to mind.

This is especially the case when there was no earthquake devastation in metro Auckland and consequential massive rebuilding need. Unlike Canterbury, the three Auckland DHBs didn’t face high depreciation costs because they had to demolish 44 buildings and repair other buildings that don’t increase their life.

Also, unlike Canterbury, the three Auckland DHBs didn’t have to outsource the equivalent of 10 operating theatres worth of activity every day (Monday-Friday) due to the failure of the Ministry to deliver the Christchurch Hospital rebuild.

End of second coming in sight

By 2017 the tide was again going out for Lester Levy. The financial position of the three Auckland DHBs had deteriorated under his watch. While he was its Deputy Chair, Health Benefits Ltd had become a political liability. Levy resigned his position when national food and laundry businesses he promoted failed to get traction outside Auckland and just prior to the government’s decision to disestablish HBL in 2015.

Labour’s health spokesperson and former health minister Annette King was clear that should Labour win the election later in the year and she was the next health minister, Levy would be among the DHB chairs who would be managed exited out.

Lester Levy’s second coming was due to the good luck of having Tony Ryall as Health Minister. But it was coming to an end. In 2017 he shifted to blaming government underfunding for his increasing deficits. His relationship with Jonathan Coleman, Ryall’s successor as Health Minister, was not as warm as it was with his predecessor.

Would there be a third coming or had his luck finally run out? Wait for Part Two.