Prior to world war two, eugenics was a highly popular theory in New Zealand and around the world. The philosophy of racial fitness viewed a hierarchy of humans on the basis of race and ability.

The black American Jesse Owens’ successes at the 1936 Berlin Olympics (four gold medals), carried out at the heart of Nazism, thumbed its nose at the theories of white superiority, but the reality is that race-based theories were very widespread at the time, including in our own country.

The Plunket society was born of the concerns of Frederick Truby-King that white mothers were too interested in education, which would lead to fewer babies being born.  Less education, more babies, please!

But eugenics was not just about race.  It was about disability, sexual orientation, political beliefs and other factors too. The British establishment tended to view itself as the pinnacle of human civilisation (despite a track record or moral and intellectual failures and more than a tinge of inbreeding) and was therefore susceptible to eugenic beliefs.

And, have you noticed, a new eugenics has crept into New Zealand in regard to physical and intellectual disability.  There have been a few cases lately.  The latest, and perhaps most shocking, has been Micaela Galvao, a ten year old girl who has been denied a visa because she is on the autistic spectrum.

Her parents can stay, but she must go back to Brazil. The grounds are simple. Micaela “is likely to impose significant costs or demands on New Zealand’s health services or special education services”.

This is by no means the first time that a child has been refused immigration clearance because of disabilities.  You can’t get residency here if you have Downs Syndrome, for example. Not welcome here.

The Equal Justice Project found that the health grounds in fact act as a blanket ban on people with disabilities entering Aotearoa. It is likely they are lawful, but the question I want to ask is: do we want to be that country?

And I think we don’t.  New Zealand is a wealthy country.  We have relatively good services for people with disabilities.  We have a relatively effective health system. It seems to be that we can, and should, welcome the opportunity to take in children like Micaela, and help them have a better life.

We wouldn’t turn someone down for residency for being an elite athlete, but it is well known that the lifetime health costs of athletes is much higher than others, not to mention associated ACC and income support costs.

I personally don’t see much difference between refusing someone on miserly grounds and refusing them on moral grounds.  The effect is the same. Should we call INZ’s position ’economic eugenics’, then? I think so.  The policy needs to be reviewed and overturned. It is embarrassing. It is not kind.  It is not us. 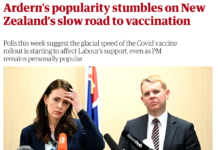 MEDIAWATCH: The worst Guardian political column on NZ ever! 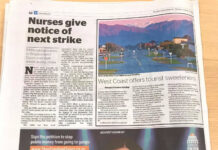 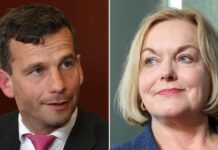