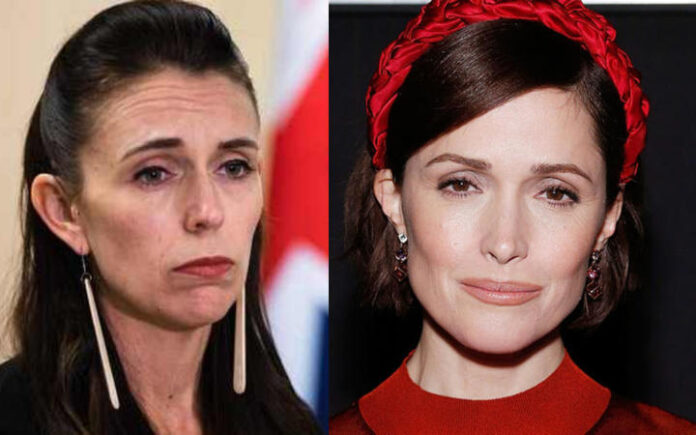 By now, many of will have seen the latest tranche of revelations from the leaked script for ‘They Are Us’. They give new meaning to Marx’s famous aphorism that history occurs the first time as tragedy, the second time as farce.

I shall not say that it gets worse following the opening massacre. But the escalating tide of malfeasance certainly becomes more perplexing in its scope and ambit. We can understand intellectually – even as we disagree with – the logic of putting a reconstruction of the tragedy onto celluloid. It is supposed to be a film about the response to that atrocity, after all. Although that does not make it compassionate or in good taste to include said scene – and nor does it justify the ‘liberties’ taken with the dying moments of cherished loved ones for tawdry dramatic impact.

Yet it is these subsequent scenes of which we have heard today which serve to illustrate the true purpose of this film’s production.

In it, we hear Simon Bridges – or, rather, an actor playing a character called Simon Bridges, who appears to be but loosely based upon the real man – making statements like, and I quote “Come for our guns, you might get bullets.” Or, in case you hadn’t quite got the undercurrent – “If one of those worshippers had one of these they could have stopped this tragedy in seconds.”

Now, these are not lines the real Simon Bridges – dare I say “our” Simon Bridges – has ever, to my knowledge, uttered. Quite the contrary in fact. National, despite some criticism from some of its more traditional support base, supported the changes in firearms legislation brought in following the massacre. One could fairly suggest, as journalist Henry Cooke did, that Bridges might almost have a case for defamation in terms of how inaccurately he is portrayed here. It’s so bad that the lefty-liberal sector of Kiwi twitter is up in arms defending Simon Bridges.

And nor is this calumny confined exclusively to the then-Leader of the Opposition.

David Seymour appears to have been transmogrified into a Christian evangelical up in arms about Ardern on a religious basis. Now I don’t deny that Seymour can come across as something of a fundamentalist – but he is a free market fundamentalist, not a Christian one. And nothing like the figure they’re put in his place – who is so sufficiently divergent that at least the writers chose to rename him as ‘Solomon Marsh’.

Winston, meanwhile, has … an array of appearances within the leaked material, including uttering a Maori proverb in Te Reo during the course of a crisis meeting. And while I absolutely don’t disagree that Winston could certainly intone something resonant during a big event, having seen him do it with my own eyes … it’s always been European ‘high culture’ (or, in one case, admittedly, Star Wars) or something from the Old Testament. Presumably the writers felt that an older Maori politician in a key supporting role would make for an admirable opening for some sort of “Magical Native American” / “Noble Savage” style trope.

Although that’s partially because I’m not sure an American audience would know what to make of, nor how to handle Winston. He isn’t Trump. He can occasionally sound like Trump. But he’s the wrong colour (neither orange nor white) to actually be Trump in their own domestic political narrative even before we get to both his role in the story and his actual politics in years previous.

But you see, that’s the key to what’s going on here – indeed, why this film has somehow been green-lit in the first place.

It’s been billed as based on (recent) history – a retelling, perhaps, or an exploration. In truth, it is neither.

We have become, collectively, a dramatic device. We, in this film at least, from the greatest to the least of us – We Are Not Us. We are just window-dressing, staging-props, a veneer of Kiwiness to be draped over more audience-familiar American set-pieces congealed and carved out precisely for that decidedly foreign (to us, to these events, at any rate) ‘domestic’ market.

It is an appropriation and an exploitation wherein anywhere and everywhere and anything becomes nowt but a tawdry bowdlerized morality-play setting for the Americans’ own domestic circumstances.

The only story they are interested in telling is their own one, endlessly re-garbed as from somewhere else.

Hence why we have Simon Bridges, who in real life supported the government’s firearms law change, being reduced to a mouthpiece for NRA style memetic talking-points. Because there has to be a ‘villain’ – and instead of the actual criminal of March 15 in such a role, we have a pantomime political pastiche.

In truth, this is not a novel experience in some ways. Authors and dramatists have done this sort of thing for centuries. Shakespeare wrote plays notionally set in Ancient Rome yet treating issues much more immediately relevant to Elizabethan England – and featuring his actors anachronistically garbed in pantaloons and hearing clocktowers chime, to boot. Although I do not seek to compare those works to “They Are Us”. The former are, unquestionably, works of great literature whatever their inaccuracies. The latter, shall only prove memorable precisely due to the egregiousness of its inaccuracies and outright foundational insensitivity to various of its notional subjects.

Effects which can have us all legitimately up in arms about how our country, our people, and our politics are being downright vandalized in their disfigurement for entertainment-educative purpose. Because the “Us” of “They Are Us”, as we can quite clearly demonstrate, are not in fact “Us” at all.

Now this should not be read, of course, as an attempt to impute that the various political figures “portrayed” in this script are the most salient victims in all of this. They have unquestionably been unfairly mis-represented, in some cases to quite ludicrous extent. Yet that pales in scope to what the victims of March 15 have found themselves in for as the result of this clumsy co-option of their story in order for the Americans to tell themselves something about themselves with the availment of popcorn and a cinematic score.

Should this film somehow still manage to go ahead, it shall prove to be not only a ‘farce’ but also a tragedy and a travesty into the bargain.