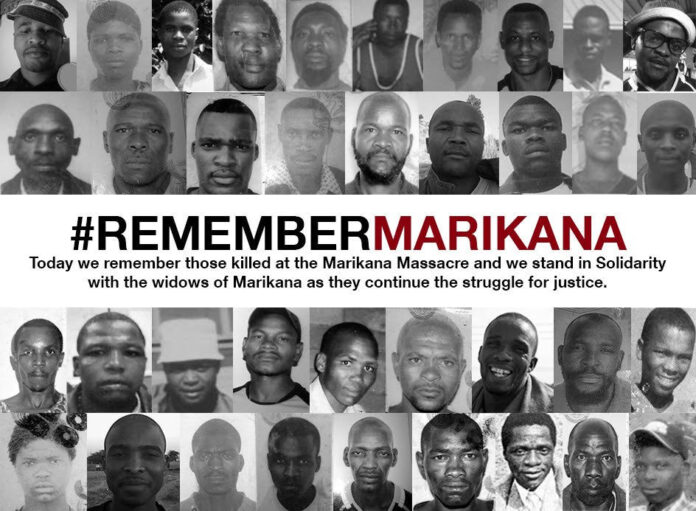 Appalling levels of violence in South Africa are the sole responsibility of the African National Congress government.

The headline reason for the violence is the jailing of former Prime Minister Jacob Zuma for refusing to appear before a commission investigating industrial-scale corruption during his time as Prime Minister. Zuma has begun a 15-month sentence and his supporters around the country have gone on the rampage. The government has called out the army and the scenes of violence and looting are the worst since the days of the old apartheid regime.

A few of the faces at the top changed from white to black but the oppressive economic structures continued.

South Africa’s current Prime Minister Cyril Ramaphosa was put in place by the ANC ostensibly to root out corruption but he is at the core of the problem. It was Ramaphosa, on behalf of the mining companies, who pressured the police to intervene in the miners’ strike at Marikana in 2012 which led to the massacre of 34 black miners by the South African police.

Marikana was the ANC’s Sharpeville massacre. Ramaphosa’s hands are dripping with blood.

Ramaphosa has gone from a hero of the anti-apartheid struggle in the 1980s as the head of the South African Union of Mineworkers to just another venal, corrupt, sellout politician.

The most precious commodity for the poor and the oppressed is hope. Hope that your children will have better life opportunities that you have. People will put up with a hell of a lot if they see that hope. The ANC is draining it away – surely and steadily. Their electoral support has been dropping for 25 years now. In the last elections in 2019 it was down to 57.4% from 62% in 2014.

The ANC has been given a lot of leeway by the electorate but, along with hope, time is running out.

There are plenty of apologists for the ANC who say the ANC had no choice but to go along with neo-liberal economics in the 1990s because it was the dominant economic model of the time and had the ANC significantly deviated it would have lost foreign investment and been unable to take on major housing and education programmes for example.

I get regular messages on Facebook from white South Africans blaming the anti-apartheid movement for all the problems in South Africa. These people are simply racist – they long for a return to the days of apartheid when blacks were slaves in a racist white economy. They are right to hate the ANC – not for being in government but for failing to transform the economy and provide hope and opportunities for South Africa’s economically oppressed majority.

So in the new South Africa the rich have got even richer and the poor have got even poorer – just as free-market capitalism is designed to deliver.

The challenge for progressive forces in South Africa is to build a mass movement to defeat the ANC and its crippling economic policies. 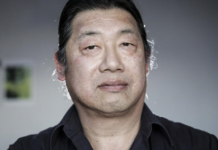 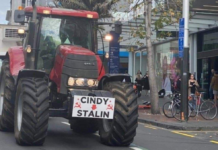 Farmers and banks – the deadly duo destroying our country

I don’t think NZ Farmers have a working definition of socialism, communism or democracy if they are claiming Jacinda is making NZ a socialist...