SAFE is calling for MPI to “step up and shut down” the Whanganui greyhound racing track after another dog has been killed.

On Friday, Big Time Frosty became the 10th dog killed this racing season at the notorious Whanganui greyhound racing track. She sustained a serious fracture of the right tibia after colliding with several other dogs.

The track has a reputation amongst greyhound racing circles and is referred to as being a ‘death trap’ if it’s recently been raining. Since the start of the season, 243 dogs have been injured.

SAFE spokesperson Will Appelbe said the track needs urgent attention from the Ministry for Primary Industries.

“Over Christmas 5 dogs were killed in the space of a month at this track, and MPI refused to close the track for an investigation,” said Appelbe.

“The buck stops with MPI, and the repeated injuries and deaths of dogs at this track is a clear breach of the Animal Welfare Act 1999.”

The greyhound racing industry has seen four doping cases in the last 12 months. Considering the industry only drug tests 7% of the dogs raced, that could be just the tip of the iceberg.

“Greyhound racing is cruel and unnecessary. Dogs are suffering for gambling profits and it needs to stop. In the meantime, MPI needs to shut down the Whanganui track and investigate its problems. 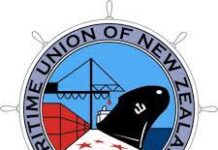