CONSERVATIVE POLITICS in New Zealand is running out of puff. Both National and Act are struggling to offer voters much in the way of new political insights. The radical right-wing ideas that swept all before them in the 1980s and 90s have solidified into a pallid orthodoxy: one increasingly at odds with observable reality. The Churches’ political influence in New Zealand has been in steady decline since the 1970s. Robust though it may be in caucus, National’s right-wing Christian faction merely testifies to the growing distance between their party and the electoral mainstream.

When a political party is fortunate enough to possess a charismatic leader, such ideological frailty counts for much less. Absent such a leader, however, philosophical cluelessness constitutes a formidable barrier to electoral success. Unfortunately for their respective parties, Judith Collins and David Seymour cannot be included in the same company as Sir John Key and Jacinda Ardern. It remains to be seen whether Winston Peters still possesses the power to harness the political zeitgeist to NZ First’s battered chariot.

If Peters has spent the last few months scouring the conservative landscape for an ideology to match the temper of the times, then it is likely he will already have encountered the most radical right-wing movement since the rise of fascism, almost exactly a century ago. Although “Traditionalism” predates fascism by at least two decades, it shares the latter’s comprehensive rejection of Enlightenment values, liberal capitalism, scientific rationalism and democratic politics. When one considers that the leading promoters of Traditionalism in the world today are Steve Bannon – formerly Chief Strategist to President Donald Trump – and Aleksandr Dugin – long-time behind-the-scenes adviser to the Kremlin – any temptation to dismiss the movement as something wacky from the fringe should be resisted.

Like so many of the reactionary creeds emanating from fin-de-siècle Europe, Traditionalism fetishized what it considered to be the core values of the pre-modern era: hierarchy, spirituality and the (now very rare) ability to live honourably in the moment, unburdened by the weight of material concerns. The two individuals most closely associated with the early Traditionalist doctrine were the Frenchman, René Guénon, and the Italian proto-fascist, Julius Evola. Their Traditionalist utopia combined theocratic government with what amounted to a socio-economic caste-system. Cloaked in this antique guise, the doctrine’s prospects of political success in the Twentieth Century were slim. As modified by Bannon, however, Traditionalism has the capacity to act as an extremely powerful solvent of the electoral status-quo all over the Western World.

Bannon’s Traditionalism imputes to what New Zealanders would call the “ordinary Kiwi bloke” (or, in colloquial American, “the average working stiff”) the core definitive values of the nation’s character. It is in such folk: most particularly in their faith, generosity and resilience; that the nation’s ability to endure and triumph over all manner of adversities is located. They are the bedrock: the best; the people without whose support nothing of any lasting worth can be accomplished.

In the unanticipated triumph of Brexit and Trump, the world witnessed the extraordinary political resonance of Bannon’s version of Traditionalism. It had the power to mobilise electorally groups which had, for decades, been disengaging from their traditional electoral champions – Labour in the UK, the Democratic Party in the USA. It was Bannon’s strategic, and Trump’s performative, genius that caused these disillusioned and disgruntled citizens to reassess, at a personal level, the costs and benefits of political engagement. Hillary Clinton may have dismissed them as “deplorables”, but Trump transformed her insult into a badge of honour: convincing them that they were the only people who could make America great again.

To be politically effective, however, Traditionalism needs a special kind of enemy. In this regard, an elite layer of effete professionals and managers, who look down with disdain upon “ordinary people” and their beliefs, and who react with abject horror at the very thought of these usually biddable yobbos intervening decisively in the political process, is exactly what Traditionalists are looking for.

In the eyes of the elites, this ignorant lumpen element presents itself as an army of terrifying zombies. Civilly dead, but now, by the power of Bannon’s weird political voodoo, electorally re-animated, they represent the very deepest fears of the people in charge. Shuffling menacingly towards them, their arms outstretched for ballot papers, these possessed political corpses must be cut down where they stand. Under no circumstances can general elections be turned into re-runs of The Night of the Living Dead.

A less tendentious presentation of Traditionalism may be found in the television series “Yellowstone”. In their sprawling Yellowstone ranch, set in the Republican stronghold of Montana, live the Duttons – a powerful family in whom the best constitutive elements of the American character are embodied.

On every side, however, a hostile world is pressing in upon them. From the adjoining Native American tribal reservation – in which an even older embodiment of America is stirring – to the avaricious development buccaneers poised to turn the Dutton patrimony into ski resorts and casinos. Interestingly, those “best constitutive elements” include a willingness to defend the family’s interests with deadly, and usually illegal, force. (Which is, at least, an honest admission of core American values!)

In the lead character, John Dutton (played by Kevin Costner) the viewer is frequently presented with something approximating that Zen-like ability to live in the spiritual moment which the original Traditionalists prized so highly. The series’ general contempt for the democratic process, and its clear preference for maintaining the established hierarchy of ‘natural’ leaders, similarly echoes the ideas of Guénon and Evola.

New Zealand political leaders as different as Rob Muldoon and John Key have secured lengthy stints of political power on the strength of elevating ordinariness into something very special. Muldoon pitted his “ordinary blokes” (aka “Rob’s Mob”) against the hapless “Citizens For Rowling” – whom he successfully portrayed as an ineffectual collection of over-educated snobs who thought they were better than everybody else. Key’s trick was to convince nearly half the electorate that they were already the ones in charge; and all they had to do to prove it was make an ordinary millionaire their Prime Minister.

Few conservatively-minded New Zealanders would admit to feeling in charge of very much at all at the moment. Quite the reverse, in fact. In Traditionalist terms, all the worst elements of modernism are in the saddle and riding New Zealand hard. Even worse, no political party of the Right is currently willing (or, seemingly, able) to swing the axe in defence of the values of “Real New Zealanders”, or even explain, in simple terms, what those “real” values are. While this remains the case, the conservative cause will continue to languish.

What Bannon and his Russian equivalent, Dugin, understand is how quickly Democracy exhausts the ordinary man and woman. How ready they are to put their faith in those they recognise as belonging to the natural hierarchies of wisdom, strength and power. And how angry they become when those they trust to lead them prove unequal to the task.

In order to restore the natural balance of society, the Traditionalists argue, it is necessary to look deep into the heart of the ordinary people whose daily labours keep society going. Only when guided by the simple but durable virtues of those at the bottom of society, they argue, will those positioned at the top re-discover the wisdom, strength and power required to restore their nation to greatness.

This is, indeed, a step backward into pre-modernity. What Bannon and Dugin are describing is the enduring political alchemy of leaders and followers: that allegedly sacred bond between sovereign and subject which owes nothing to the intervention of elite interests, or, at least, not to those elite interests who fail to make their first two priorities the protection of the leader and the welfare of the people. Bannon and Dugin may call this Traditionalism, but a better name for their system might be “Monarchical Socialism”.

Think, the King and the Commons, without the Barons and the Bishops: the doomed dream of the Peasants’ Revolt. Or, the Fuhrer and the Volk, without the Capitalists and the Jews: the murderous dream of Hitler’s stormtroopers. 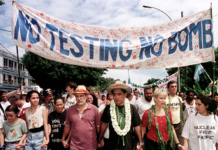 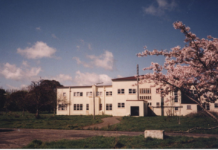 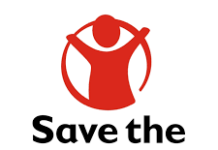 Save The Children Says Violence Against Children In Aotearoa Must Stop