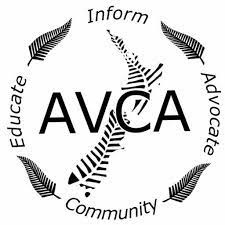 Plummeting tobacco tax revenue for the Government is great to see as Kiwis continue to quit smoking. However, if the Ministry of Health makes the vaping regulations too tough, fewer smokers in the future will move to much safer and less expensive vaping products, says a leading tobacco harm reduction advocate.

Released by Treasury, the accounts show a 47.8% decline in tobacco duty driven by reduced demand for tobacco products.

“This latest slump in tobacco tax collected was much bigger than expected, and vaping can take a lot of the credit for New Zealand’s declining rates of smoking over the past decade.

“However, if the proposed vaping regulations come into force vaping will be made a lot less attractive for smokers desperate to quit cigarettes. More Kiwis continuing to smoke might help Government revenue, but it won’t help reduce New Zealand smoking’s death rate of 5,000 people per annum,” says Ms Loucas.

With the Government’s vaping legislation passed last year, the Ministry of Health has issued its draft vaping regulations for public feedback.

Among the proposals is that for general retail such as supermarkets, service stations and convenience stores, vape flavours will be limited to just three – mint, menthol, and tobacco. The flavour limitations would come into effect on 11 August 2021.

“We know vapers quit smoking with fruit and dessert flavours. Adults love flavours and need them to be available everywhere cigarettes are sold. That would make common-sense right?”

She says some believe limiting flavours for grownups will somehow save the kids, but that logic is seriously misguided.

“Children are protected as much as possible with vaping products now heavily sanctioned R18. Significant penalties apply if retailers breach that, and like with alcohol and cigarettes, retailers will take the privilege incredibly seriously,” she says.

“MPs spend their lives trying to avoid laws with unintended consequences. Well, if this Government limits access to popular vape flavours for adults, then there’s every chance our smoking rates will start creeping up again. That would be a terrible public health outcome.

Forty years ago, one in three adults smoked in New Zealand, now it’s down to about one in eight. Smokefree will be achieved when New Zealand reaches just one in 20 smoking or fewer.

“Getting Kiwis off the cancer sticks has been hugely successful. Let’s not now throw the baby out with the bathwater,” says Nancy Loucas.

To make a submission on the draft vaping regulations, before 5.00pm on Monday, 15 March, visit https://www.health.govt.nz/publication/smokefree-environments-and-regulated-products-act-1990-proposals-regulations