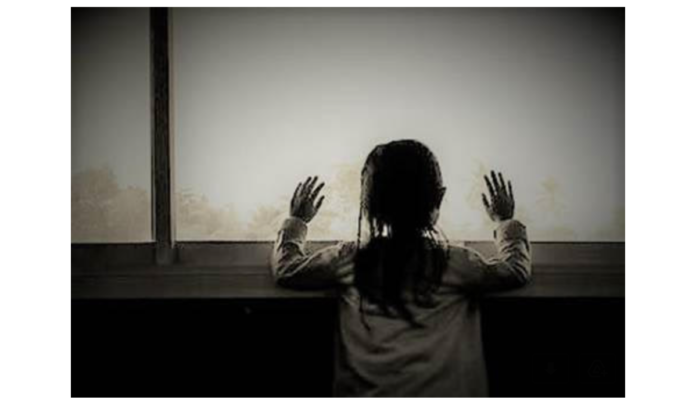 THE INITIAL REVELATIONS of the Royal Commission of Inquiry into Abuse in Care are deeply troubling. For conservative leftists like myself they raise a host of unsettling questions – most particularly about whether the creation of a caring and empowering state is, or has ever been, a realistic objective.

Socialists like to believe that the state will take on the qualities, and take up the causes, of the class that controls it. A workers’ state, therefore, would naturally prioritise those issues neglected or made worse by the bosses’ state. Its institutions would never fall prey to the dark impulses of capitalists driven by selfishness and the desire for power over others. Children in the care of a socialist state would have nothing to fear.

Leaving aside the obvious rejoinders about Romanian orphanages and Soviet mental hospitals, the sunny optimism of socialist state-builders is predicated on an uncomplicated belief in “nurture” over “nature”. Human-beings are held to be infinitely malleable by the social structures in which they are enmeshed. Such innate drives as they do possess are natural, wholesome, and not the least bit problematic. Subject capitalist social structures to socialist change, and their human occupiers will also be changed – but only in a good way!

What else could socialists believe when their lives were dedicated entirely to restructuring, or even overthrowing, the capitalist state? The idea that “human nature” might be something more than a capitalist invention: something more than a fable fabricated to normalise the capitalist “virtues” of greed, selfishness and domination; would inevitably raise doubts about the feasibility of the entire socialist project. If the predatory, cruel and exploitative impulses within the human animal are as deeply ingrained as its capacity for nurturing, empathy and co-operation, then immediately the question arises: Will institutional change be enough?

The answers provided by history are not in the least reassuring. Institutions tend towards hierarchy, and hierarchy rewards certain kinds of behaviours while punishing others. Manipulation and deceit are especially effective means of advancing oneself up the institutional ladder. When augmented by narcissism and a general lack of empathy these self-propelling power-tools work even better. Institutions are far better suited to sociopaths than socialists. Certainly, the bloody history of revolutionary regimes makes that a difficult proposition to refute.

Even when launched with the best of intentions, programmes of radical transformation, and the new institutional structures needed to give them effect, are prone to generating truly ghastly – albeit unintended – outcomes. Consider the massive post-war migration of Maori from rural to urban New Zealand. Almost all of the mostly social-democratic policy-makers of the time conceived of this radical demographic shift as a very good thing. Instead of remaining a culturally isolated and economically marginalised people, Maori would be integrated into “modern” New Zealand society.

The social planners knew that such a dramatic social and economic upheaval was bound to cause problems for Maori families. The shift from rural to urban would inevitably be a wrench – especially for the young. Not all Maori parents, it was assumed, would prove equal to the task of managing the transition. To pick up the broken pieces of these new communities and stick them back together again, the Pakeha authorities began to construct a network of “children’s homes”, “special schools” and “mental hospitals” – places where those who were not “fitting-in” could have the rough edges sanded-off them.

Coercion, albeit well-intentioned, lay at the heart of these institutions. Force is not, however, conducive to the sort of positive outcomes socialists are so keen to produce. Violence, even when deemed necessary and unavoidable, tends to be kept hidden for fear of generating public outrage. Sadly, the moment an institution embraces secrecy and refuses to be held accountable for its “unattractive” behaviour, it begins to draw to it those whose predatory, cruel and exploitative impulses flourish under such conditions.

In this way, the institutional willingness to “be cruel to be kind” (in order to facilitate larger and loftier social goals) combines with the sadistic impulses of individuals to create a perfect institutional shit-storm. The resulting criminality makes secrecy even more imperative. It does not take long, however, for sociopaths and psychopaths to find out that in these irredeemably compromised institutions they can do their worst without fear of serious repercussions.

From these corrupted institutions, other, nominally healthy, state institutions cannot help becoming seriously infected. As the crimes pile up, so, too, do the questions: Who was responsible? Why weren’t they stopped? Who decided to cover it up? Somebody must have told someone – why weren’t they believed? What should we do?

Well, that one’s easy. What do bureaucrats always do when danger threatens? They cover their arses. Or, more precisely, Crown Law covers their arses for them.

The role played by Crown Law in this tragic story of good intentions gone wrong, crimes committed, and cover-ups executed, is, arguably, its most disturbing aspect. In defence of the New Zealand state and its errant institutions Crown lawyers behaved abominably. Victims of state abuse, who had come to the courts seeking justice, and some form of compensation for their appalling treatment at the hands of public servants charged with their care, were deliberately, ruthlessly and repeatedly re-traumatised by Crown Law. Briefed to protect the reputation and interests of the state, the Crown’s legal teams showed the plaintiffs no mercy. The unethical nature of these lawyers’ conduct was not considered relevant. Abuse victims were seen, simply, as threats to be neutralised. And they were.

The answer to that last question may very well be “No.” The complex componentry of civilisation, if it is to function effectively, requires a single locus of ultimate authority – along with the human and material resources necessary to enforce its will. What’s more, the state’s coercive powers cannot be shared: everywhere and always, the state must maintain a monopoly on the use of force.

Immortal and irresistible: is it any wonder that the state attract servants with “a very particular set of skills”? Not least, the skill that can keep the violence inherent in all state institutions hidden from public view. A skill which extends, necessarily, to protecting the perpetrators of state violence.

When those involved in meting out violence on behalf of the state are soldiers, police officers and prison guards, most citizens are willing to turn a blind eye. This is less true when the state servants involved are administrators, doctors, nurses, orderlies, teachers, foster-parents and priests. The public expects more of such people. What the state knows, however, is that, given power over others – especially children and young people drawn from the poorest and most powerless sections of society – a certain irreducible percentage of those to whom its authority is entrusted are bound to abuse it.

What matters – especially to the socialist – is the precise size of that percentage. If it’s one in a thousand, then a benign state remains a viable proposition. But, what if its one in a hundred? What is it’s one in ten? What if, as Professor Stanley Milgram’s grim experiment appeared to confirm more than 50 years ago, fewer than one in ten of us will refuse to inflict pain when instructed to do so by a person in authority?

In the Royal Commission of Inquiry into Abuse in Care’s interim report, released on Wednesday, 16 December 2020, the astounding figure of a quarter-of-a-million New Zealanders are estimated to have experienced abuse at the hands of their institutional carers between 1950 and 1999. That’s 5,000 persons per year, across a country which, for most of that time, had between two and four million inhabitants. When Air New Zealand Flight 901 crashed into Mt Erebus in 1979, killing all 257 people on board, it is said that just about every New Zealander had some connection with at least one of the victims. Imagine, then, how many people must have been aware that something very bad was going on in New Zealand’s state and private institutions dedicated to juvenile care.

What socialists need to ask themselves is this: “If that many people suffered, and so many people knew they were suffering, then why wasn’t it stopped?” If the best answer they can get turns out to be: “Because, in the end, citizens do not shape the state. In the end, the state shapes its citizens.” Then, perhaps, it is time, even for conservative leftists, to give anarchism a try. 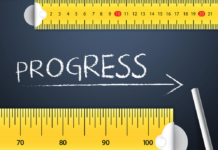 GUEST BLOG: Bryan Bruce – The measure of our progress 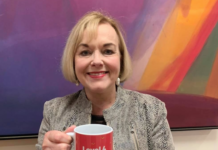