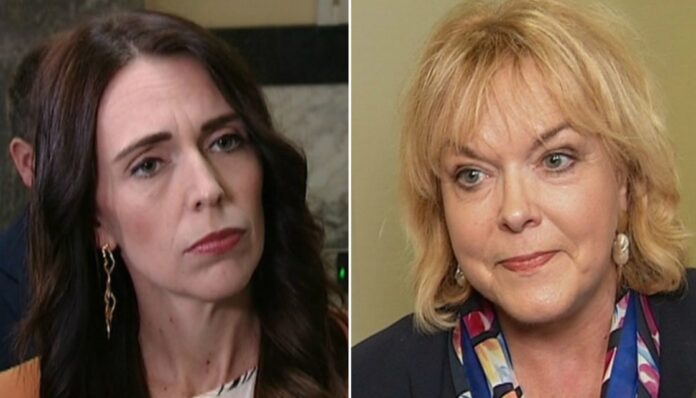 It’s the time of the triennium when all you want to talk and hear about is politics – and the last thing you want to hear and talk about is politics. You definitely have to check your audience. Friendships and relationships are tested, especially with the cannabis and euthanasia referenda. Partisan politics is so polarising – increasingly in this election’s trend where the bell curve is highly centred around two main parties. You’re either team Jacinda or you’re not. That in the last One News Colmar Brunton public opinion poll, around 50% of respondents did not have Jacinda as their preferred Prime Minister shows we are still a divided nation, bizarre, considering Judith Collins received support of around 23% in that poll, and there is really no-one else. Still, there’s a lot of heat in the Judith and Jacinda show, even though the minor parties on the margins are those with most to distinguish them.

Judith Collins is doing a surprising job of keeping going in the face of ridicule, overwhelming odds, weak policy analysis and proposition, hostility and ambivalence – not always just from within her own party. With friends like Denise Lee, who needs enemies. There’s one thing (among many) you can say about the Labour Party under Jacinda Ardern, that there is never any sign of disloyalty. Contrast that with the era of Phil Goff, David Shearer and David Cunliffe, it’s clear that unity and devotion within your own party is a precondition for devotion from outside it.

Judith’s run at the election has hardly enabled her much time to rally the troops or to articulate her authentic political voice to wider public appeal. What she has articulated is a mixed bag – her laughable attempts to be PC by referring to her Samoan husband; the second home owned in a family trust; her car collection – including a BMW, an MGB and a jaguar; she “loves gold”. She’s adamant that she’s getting asked for “lots of selfies”- the new mood-of-the-nation meter?, -and at least some requests to sign her book. Judith’s “been having a lot of fun”, she repeats, but she may also enjoy going to the dentist. The bizarre church visit, the lonely and abandoned cheese rolls, the staged walkabout, the optometrists who declined her Ponsonby Road visit because they ‘didn’t want the political sideshow in their glasses shop’ – Judith is no media darling. Maybe that’s why she got the flack for the gauche rent-a-crowd display in Ponsonby, a practice of enlisting supporters to political walkabouts that’s used far and wide. Winston reckons he’s the only one who doesn’t prop up his visits with legions of supporters – which is perhaps true when he no longer has legions of supporters to enlist.

This weekend, Judith’s been on a trail scaremongering about a potential Green-Labour wealth tax. As if that would be a bad thing. But it has led to Jacinda – distracted from her own Wellington rally of supporters – arguing that she won’t be distracted, by National’s “last roll of the scaremongering dice”, and at pains to dismiss any prospects of a wealth tax proposed by the Greens. If you love gold and have lots of cars, maybe it affects you. But it’s hard to see how the “Team of Five Million” will be able to pay off the Covid-19 wage subsidy debt, and achieve a more equitable redistribution of wealth, a more equitable society, if the Labour Party is too scared to tax for the redistribution that’s necessary.

Also at the rally in Wellington, Jacinda said “we can all campaign on long lists of policies and ideas”, (as they did last time, and even though the ideas this time have been pretty tame, and the referenda are the most progressive elements of this election’s agenda). “But you truly get to know a Government when disasters strike”. Though as Jacinda is Labour’s greatest asset, that’s like a reverse argument ad hominem – attributing the credit due to the individual, to the collective. We certainly know that Jacinda’s human instincts (and “as a mum”), are competent, calm and comforting, but for the Labour Party itself, it’s pretty much business as usual.

In Wellington’s speech, Jacinda referred to the ‘progressive’ policies of extended free lunches in schools, and having Matariki a public holiday. But lunches are no substitute for a decent wage and affordable accommodation, and imagine if all Sir Michael Joseph Savage had given us was a day off, instead of the welfare state. We’ve come to admire Jacinda for her many strengths and intuitive, articulate, and natural appeal. She takes the public with her where she wants to go – literally, but she’s so crippled by that support – in both physical walkabouts when she’s out on the street – when she is truly mobbed, but also in that it seems to have cramped both her political room to move, and her articulated vision. There are no more promises of transformation, and some targets portrayed as aspirational in today’s speech, are more modest than existing targets.

Jacinda is careful to remind us that Labour will not achieve perfection (Kiwibuild, light rail, poverty, welfare reform, prison reform and more), and sometimes they will get it wrong. Commentators observe the risks in a personality-strong, policy-light devotional politics that’s short on delivery but high on expectation. But given the fears people genuinely held about coronavirus, many voters want – and got a saviour. Jacinda’s closing point in the second leaders’ debate, that changing Government now, would lead to instability, and uncertainty, is a compelling one. National’s claim to be a strong, better team, is not credible, even though the strength of Jacinda’s team is represented by the One. Most voters have more faith in Jacinda alone than they do in the whole National Party. But then, reading the comments on news media sites, there are strong, even visceral, views, against Labour, that defy rationality and evidence.

Notwithstanding the 13-14% undecided, who may be ‘shy Tories’ (if I was a Tory, I’d be pretty shy about it too), and could add support to National, this election looks like a shoe-in for Labour. The Greens have positioned themselves in social media memes as “In Government with Labour”, you can have ‘two for the price of one’, a balance of healthy greens with your red meat diet. Next week, I’ll welcome a Greens-Labour Government (though I’d welcome The Opportunities Party and the Maori Party in there too). Then I’ll be happy to talk politics again, or maybe not at all.