This will be a voyage into madness and despair 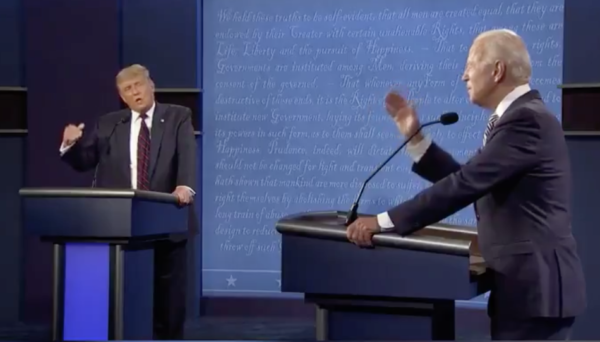 It begins and from the start, Trump is just smothering Biden and Wallace can’t keep any control over him.

Biden has come for a Boxing match. Trump is here for a WWF Wrestling Royal Rumble Match.

Trump is an agent of chaos and he’s making the debate chaotic – Wallace can’t reign him in and Biden looking to Wallace looks weak.

The orange tumour of fascism that is Trump shouldn’t even be close, but Biden’s lack of traction is making him look stronger.

Biden’s contempt for Trump feels so pure and so good and when Biden shows empathy, he shines as a leader, but Trump dominated the debate with terrifying ease.

Trump did so well in this debate, because his entire career of toxic narcissism and talking bullshit enables him to catapult his false confidence of a tall man into a messiah complex that is as undeserved as it is insane. 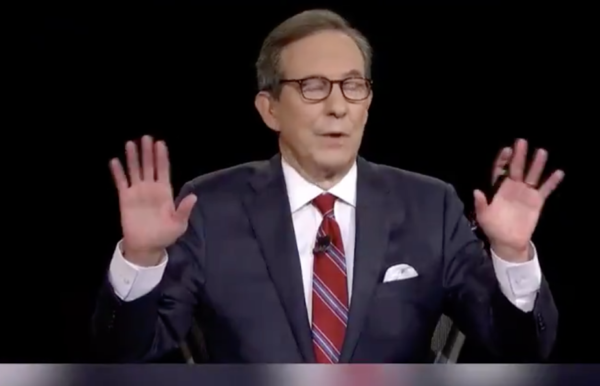 Being angry at Wallace for his inability to control Trump isn’t fair, how do you tell a rabid dog to sit?

Wallace’s impotence is a warning for the other Debate Hosts

If nothing else, tonights Debate sure as Christ kills off any fantasy Democrats have of a landslide win looming – Trump is just too dangerous a psychopath to write off – Republicans will be singing with joy.

American’s worship self confidence as if it was Jesus with a gun, and no one is more self confident than Donald Trump.

4 more years of Trumpian madness looks possible after this debate.