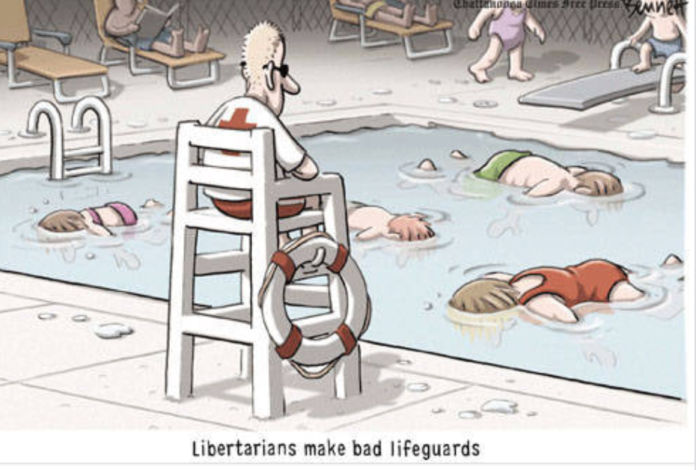 An underlying, but often unspoken, theme in political debate is the issue of the rights and wants of the individual versus the need to have a cohesive society.

One way to think of it is as a continuum . At one end is the tyranny of the autocratic State in which individuals who seek to assert their individual rights are imprisoned, tortured or killed. At the other end are the extreme Libertarians who believe the rights of the individual are the only thing that matter and we have no responsibility to anyone else but ourselves.

There are of course other ways of thinking about the relationship between the individual and society but, however you imagine it, when we vote at election time it’s something we ought to consciously consider .

Do you want a WE society in which we all pay our fair share to look after one another? Or ME society in which the individual gets maximum freedom of choice and pays as little as possible to the upkeep of the State .

Cartoonists, at their best, often point up the absurdity of some of the things we believe .

Like today’s one on the Libertarian belief that whatever people choose to do or whatever happens to them in life isn’t any of our responsibility.

It raises, yet again, the age old question
“Am I my brother’s keeper?”.

I’ve figured out where I stand on this issue.